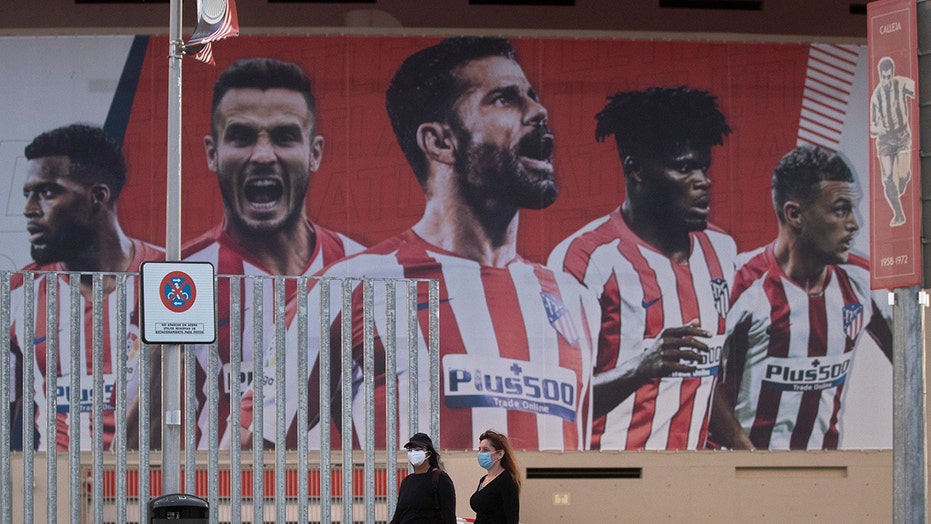 Soccer players in Spain returned to their team’s training camps Wednesday for the first time since the country entered a lockdown nearly two months ago because of the coronavirus pandemic.

Players for Barcelona, Real Madrid, Atlético Madrid and other clubs started preparing for the return to training this week. They were all expected to be tested for COVID-19 and should be cleared to practice once the results are back. Most clubs are expected to resume practicing by the end of the week.

The majority of players did not wear masks or gloves when they arrived, according to Spanish media. Lionel Messi, Gerard Piqué and Luis Suárez were among those seen without masks when they drove into Barcelona’s training center. Antoine Griezmann, Arturo Vidal and Ivan Rakitic did wear masks. Sergi Roberto arrived without a mask but had one on when he left.

Real Madrid players Gareth Bale, Luka Modric and Karim Benzema arrived without masks, as did most of their teammates.

Both Barcelona and Real Madrid later released videos showing the players with gloves and masks inside their training centers.

Atlético Madrid had already posted some photos of its players arriving for tests wearing gloves and masks.

Atlético striker Álvaro Morata said it wasn’t the same to be at the training camp without being able to interact with his teammates, but it felt “special” just to be there at this point.

Atlético midfielder Marcos Llorente said the club had been sending drills adapted to each player so they could keep training at home.

“I think we are very prepared to come back,” Llorente said. "It has been a very rare period for us. We had never been away from a ball for so long. We are excited about coming back."

Coaches also went to training camps and were tested. Barcelona coach Quique Setién was wearing gloves and a mask when he arrived, as was Atlético coach Diego Simeone.

Real Madrid showed images of coach Zinedine Zidane, who was also wearing protective gear, talking to some of his players.

The training centers of all clubs were disinfected over the last couple of days. In addition to the players, all members of the coaching staff and other employees involved in training have to be tested for COVID-19 before the practice sessions can resume.

The league wants the clubs to test all players daily after they start training.

Players will initially practice individually. Smaller group sessions and full squad sessions will be allowed in upcoming weeks. The league sent clubs a protocol with safety guidelines on how to return to practice, detailing all measures that the players and the clubs must adopt.

The league wants a training period of about a month before it can restart. It hopes to resume sometime in June with games without fans.

Spain this week began easing some of the lockdown measures that were put in place in mid-March. Soccer players have been among the few athletes allowed to return to training facilities.

However, players and coaches of Spanish club Eibar released a statement on Tuesday saying they were concerned about playing again amid the pandemic.

The Spanish soccer federation on Wednesday proposed an end to this season’s women’s league, a decision that is expected to be approved by the end of the week. Barcelona was leading the competition at the time it was suspended in March and will be declared champion.