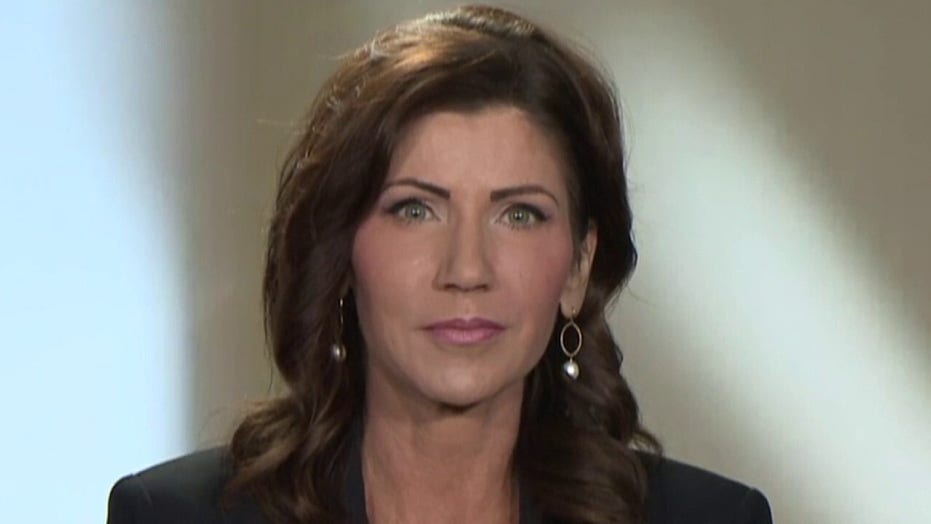 At least 438 employees at the Sioux Falls Smithfield Foods plant tested positive for COVID-19. Another 107 people tested positive after coming into close contact with Smithfield workers. The plant accounts for between 4 to 5 percent of U.S.'s pork production, according to the company.

The 545 confirmed cases directly linked to the pork processing plant account for about 55 percent of infections in the state, with the surrounding Minnehaha and Lincoln counties most heavily affected. Out of the total 988 confirmed cases in South Dakota recorded by Wednesday, 768 cases are in Minnehaha County, where the Sioux Falls plant is located. 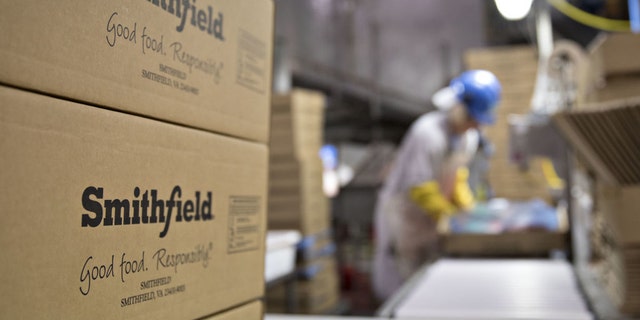 The Smithfield Foods Inc. logo is displayed on boxes at the company's pork processing facility in Milan, Missouri, U.S., on Wednesday. On Sunday, The president and CEO of Smithfield Foods said the closure of its Sioux Falls plant (not pictured), along with the temporary shuttering of other meat-processing plants, "is pushing our country perilously close to the edge in terms of our meat supply." (Daniel Acker/Bloomberg via Getty Images)

In a press conference Tuesday, South Dakota Gov. Kristi Noem denied that a statewide stay-at-home order would have prevented the outbreak, arguing the plant would have remained open as an essential business under such an order, since it’s a major food supplier.

"I've seen some national stories written that a shelter-in-place would have prevented this outbreak at Smithfield. That is absolutely false," Noem said. "This is a critical infrastructure job plant."

South Dakota had reported six coronavirus-related deaths by Wednesday, according to the state health department. With its sprawling fields and low population density, the state had so far remained largely unaffected by the coronavirus compared to the national tally of infections.

Smithfield originally intended to suspend operations for three days when the plant first closed on Thursday, but extended the suspension indefinitely on Sunday after hundreds of the plant’s approximately 3,700 employees tested positive. The move came just one day after both the South Dakota governor and the Sioux Falls mayor urged the plant to close for at least 14 days.

Since the plant’s closure, Noem, a Republican, has denied a shelter-in-place order for surrounding Minnehaha and Lincoln counties would come from her office, deferring that decision to local officials. South Dakota remains one of just six states without such a stay-at-home order. Going on the offensive, Noem has instead chosen to highlight hydroxychloroquine trials on coronavirus positive patients.

Meanwhile, Sioux Falls Mayor Paul TenHaken has pressed forward with a shelter-in-place order for city residents. The city council on Wednesday will deliberate whether to implement such a measure effective immediately to curb the spread of infection, the Argus Leader reported. 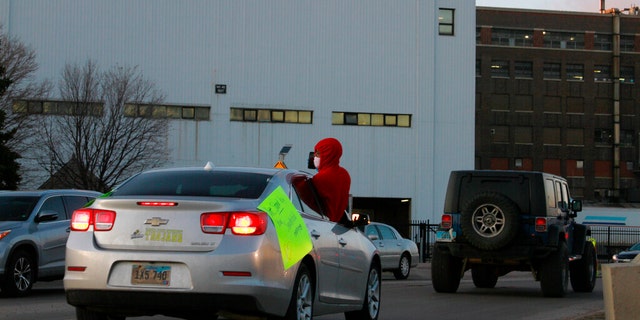 Appearing on “CBS This Morning” Wednesday, TenHaken, also a Republican, said that while he respects the governor’s approach, he rather be “chastised for being overcautious” than not taking enough action.

“The growth that we’ve seen in our COVID cases, really in the last week, has been a bit staggering,” TenHaken said. “We’re doubling and we’ve been doubling every four days for the last 18 days.”

On Sunday, the president and CEO of Smithfield Foods, one of the nation’s largest meat-processing companies, warned of “severe, perhaps disastrous” consequences for the country’s meat supply chain following the closure of its Sioux Falls plant.

“The closure of this facility, combined with a growing list of other protein plants that have shuttered across our industry, is pushing our country perilously close to the edge in terms of our meat supply,” Kenneth M. Sullivan, Smithfield's CEO, said.

Smithfield isn’t the only major meat-processing company that has been forced to close its U.S. production plants in response to the COVID-19 health crisis. Weeks ago, a Perdue Farms processing plant in Delaware temporarily closed for a “top-to-bottom” cleaning after employees fell ill with the novel coronavirus, the Cape Gazette reported. A Tyson Foods facility in Iowa was also forced to suspend operations after more than two dozen workers tested positive. And another Tyson facility is under investigation following an outbreak in Tennessee.

British woman, 106, sent home with round of applause after beating coronavirus