South Carolina stays No. 1 in women’s Top 25; Oregon next 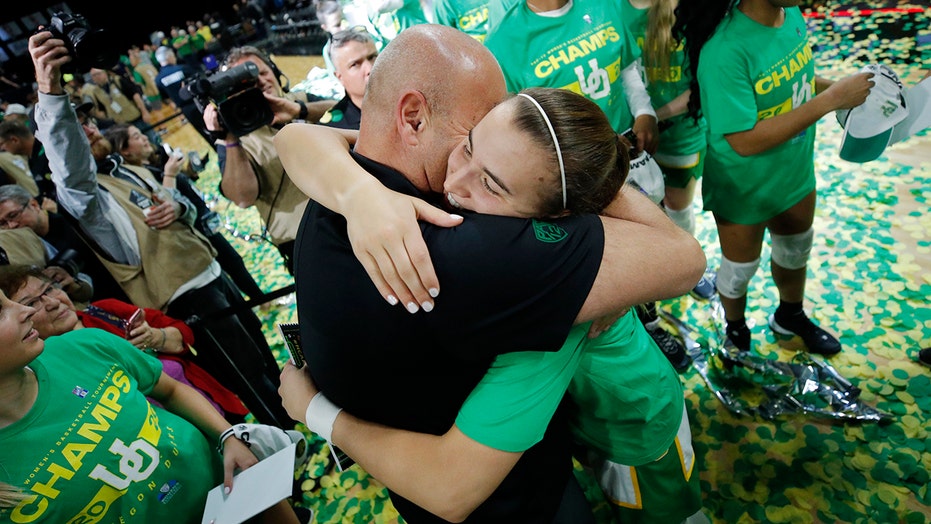 South Carolina ran through the Southeastern Conference Tournament to keep its hold on the No. 1 ranking in The Associated Press women's college basketball poll.

The Gamecocks beat Georgia, Arkansas and Mississippi State by an average of 24 points to win the conference tournament for the fifth time in six years.

Coach Dawn Staley's team received 27 of 30 first-place votes from a national media panel on Monday. The Gamecocks look poised to be the overall No. 1 seed in the NCAA Tournament when the field is announced next week. South Carolina won't have to travel far, most likely playing the first two rounds at home before making the two-hour trip to Greenville, South Carolina, where the team just won the SEC championship.

Oregon received the other three first-place votes and moved up one spot to No. 2 after winning the Pac-12 Tournament. The Ducks routed No. 7 Stanford in the title game Sunday night. They, too, will most likely not have to travel far. Oregon is expected to be in the Portland Regional.

Baylor fell one spot to No. 3 after losing to unranked Iowa State on Sunday, snapping the Lady Bears' 58-game regular-season conference winning streak. The team also saw its 44-game Big 12 road victory streak end. It was the Lady Bears' first conference loss in three seasons. They now turn their attention to preparing for the Big 12 Conference Tournament this week.

Maryland and UConn rounded out the first five teams in the poll. The Terrapins won the Big Ten Conference championship, topping Ohio State. The Huskies, meanwhile, can cap off an undefeated run in the American Athletic Conference Tournament championship game Monday night. UConn hasn't lost a conference game during its seven seasons in the American.

Louisville dropped two spots to No. 6 after losing to Florida State in the ACC Tournament semifinals. Stanford, North Carolina State, Mississippi State and UCLA capped the first 10 teams in the poll.

The final AP poll of the season comes out next week.

Here are a few other tidbits from the latest poll:

ROUGH WEEK FOR RANKED TEAMS: With conference tournaments in full swing, 14 ranked teams lost over the past seven days. However, with most of those losses coming to higher ranked opponents, none fell out of the poll.

KEEP ON WINNING: No. 17 South Dakota and No. 22 Princeton have two of the longest winning streaks in the country, losing a combined three games, none of them in 2020. The Coyotes lost to Missouri State and South Carolina in November and December and have 17 consecutive wins since. They play in the semifinals of the Summit League Tournament on Monday against Oral Roberts.

Princeton has won 22 consecutive games since its lone loss of the season at Iowa in overtime. The Tigers are the top seed in the Ivy League Tournament this weekend. It's the second-longest winning streak behind South Carolina, which has won 26 in a row.

It’s a ‘Swimming Naked’ Moment: The Financial System Has a Real Test

It’s a ‘Swimming Naked’ Moment: The Financial System Has a Real Test