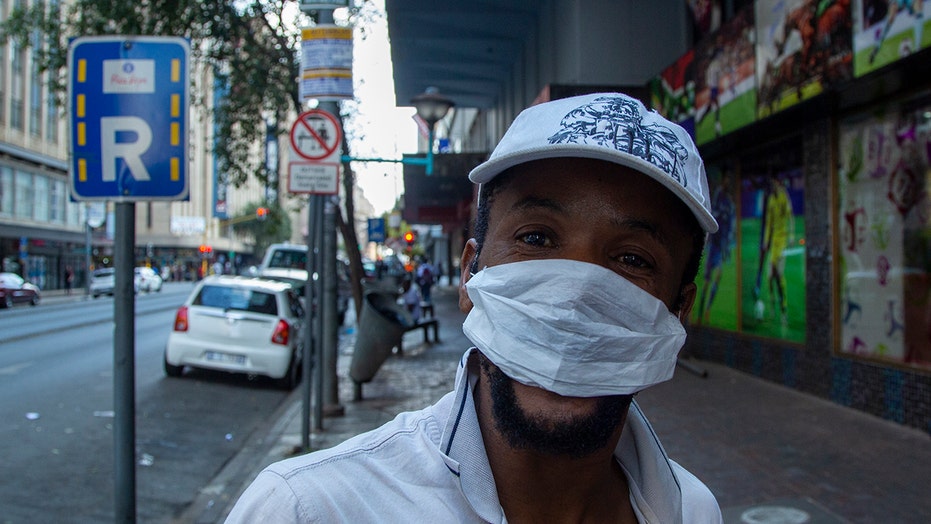 The coronavirus struck South Africa just two weeks ago and is now spreading rapidly in the country, according to reports.

South African officials reported Monday a one-day jump in coronavirus cases, from 274 to 402, a continuing exponential growth that has the country's leaders worried.

With the 128 new cases, South Africa now has the most virus cases in Africa, surpassing Egypt.

More South Africans have taken to wearing masks and gloves in public as the number of COVID-19 cases continue to climb. 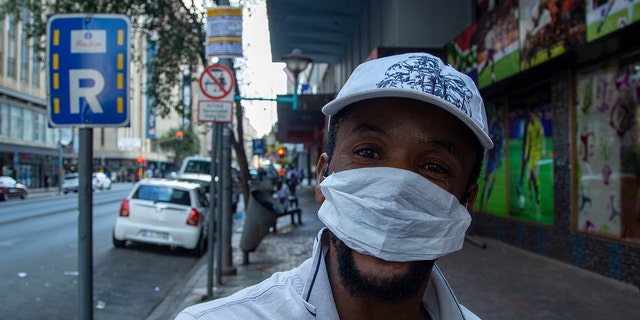 South African President Cyril Ramaphosa is expected to speak to the nation about the growing threat and many expect him to announce new restrictive measures to try to slow the spread of the disease.

Ramaphosa was supposed to address the nation Sunday but put it off as meetings with his National Command Council stretched into the night, News 24 reported.

“We think it's better late than to take corners, in our view… again, we said he was likely to address the nation today. We're saying definitely now because he has heard the meeting that needs to advise him on these measures he'll be putting before the nation," Ramaphosa's minister Jackson Mthembu said, according to the news outlet. 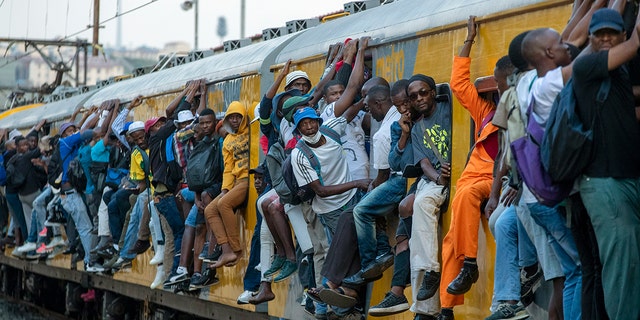 Train commuters hold on to the side of an overcrowded passenger train in Soweto, South Africa, Monday, March 16, 2020. South Africa will revoke nearly 10,000 visas issued this year to people from China and Iran, and visas will now be required for other high-risk countries that had been visa-free, including Italy and the United States. (AP Photo/Themba Hadebe)

More than half of South Africa’s total cases are in Gauteng province, which includes Johannesburg, the country’s largest city with 5.7 million people, and the capital, Pretoria, with 2.4 million, according to the figures released by the government health ministry.

CORONAVIRUS IN AFRICA: HOW DIFFERENT COUNTRIES ARE STRUGGLING WITH THE OUTBREAK

Africa’s most populous country, Nigeria, planned to close its two main international airports in the cities of Lagos and Abuja on Monday night, Reuters reported. The number of reported cases there rose to 36 on Monday. One death has been reported. 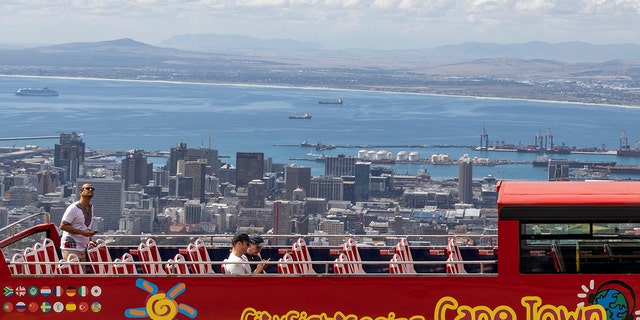 Rwanda, which has 19 confirmed cases, stepped up preventive measures on Saturday, banning travel between towns and other parts of the country for two weeks, closing all bars, and requiring all government and private employees to work from home, Reuters reported.

In Egypt, there are now 327 confirmed coronavirus cases. The country has reported 14 deaths.

Both Rwanda and Uganda on Saturday announced they would close their borders.