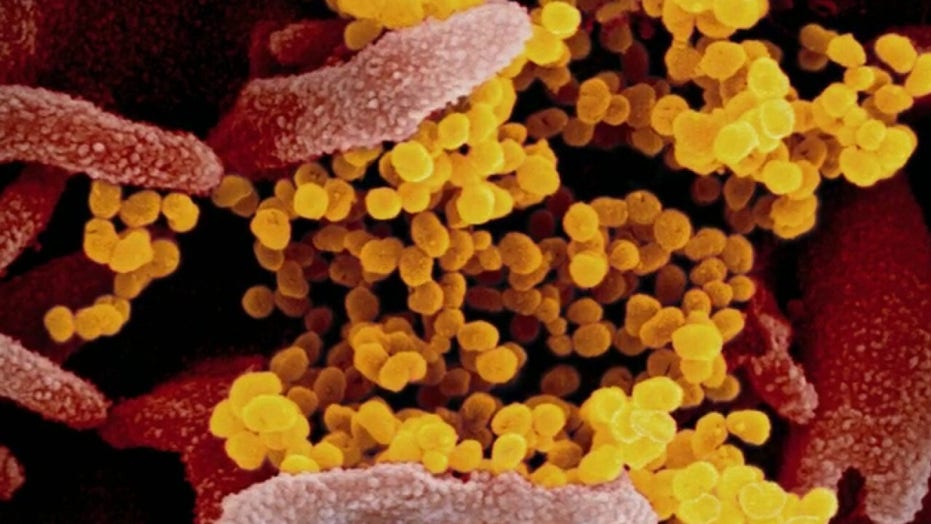 Disputing the myths of COVID-19

Thousands of South Africans have been ignoring the stay-at-home lockdown instructions imposed overnight by the government designed to stop the spread of coronavirus.

The country’s president, Cyril Ramaphosa, donned full combat fatigues and cap to address some of the 2,800 troops he deployed at midnight to help police keep the streets quiet, saying the troops must “wage war against an invisible enemy.” He added this is “the most important mission in the history of our country”.

On Friday, however, Johannesburg has been a tale of two cities. In the downtown and traditional suburban areas, there is strong enforcement of the lockdown. Police used tear gas to disperse crowds in the rundown downtown Hillbrow area. 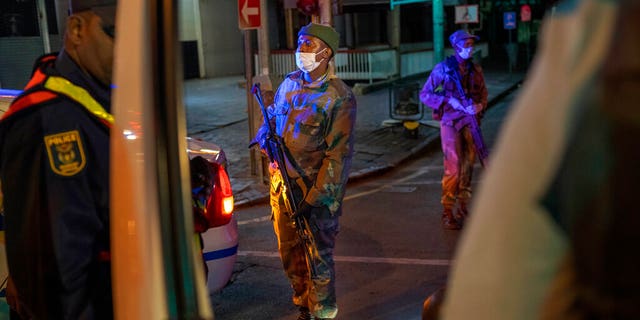 Johannesburg's Sandton district, often called the richest place in Africa, has been turned into a ghost town. The acknowledged epicenter, nearly all of the infections in South Africa are in people who have had the funds to recently travel abroad.

One woman in Alexandra, standing in a line with hundreds of others to enter a supermarket, said the government didn’t plan the rollout of the lockdown correctly, as she like many others only got their monthly salary today, and she needed to buy groceries.

Police in their vehicles were seen driving past large crowds without stopping. Social distancing of three feet between people was not being practiced, with one shopper remarking that "because someone will steal my place in the queue.”

“Kids are playing soccer and marbles in the street, and in groups. The only thing I see is danger,” Soweto resident Thabo Moloi told Fox News. “ When are we gonna take this serious? These (kids') parents really don’t have self-love.”

Video from a Cape Town suburb showed a soldier smashing a beer bottle and slapping and kicking a man alleged to have been drinking in public, something banned during the lockdown. 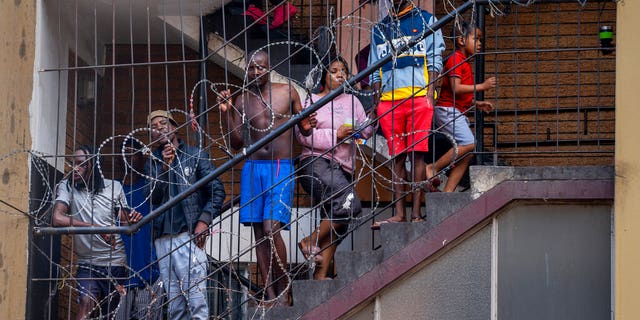 Residents of the densely populated Hillbrow neighborhood of downtown Johannesburg, confined in an attempt to prevent the spread coronavirus, stand on a staircase, Friday, March 27, 2020. (AP)

Despite over 1,000 infections and 2 deaths, many are not taking the threat the virus poses seriously. Naledi Radebe, 29, summed up how she and many felt:

“It was like, there’s this flu, that’s moving around in Asia, and killing old people. And on this side, there was a lot of “oh, it’s not going to affect Africans.”

Radebe now thinks differently: she was declared positive with Covid-19 after arriving back from the United Kingdom.

Some are alert to the dangers: "I won’t be surprised if infections double this week, and deaths rise," posts Nthato Mthimade on Twitter, “ because South Africans can’t take anything seriously”.

South African authorities are on record as wanting to stop the virus spreading into the crowded townships, and the so-called informal settlements, where often one-roomed shacks are packed next to each other.

“The Coronavirus pandemic has showed up global inequality and laid bare the dire circumstances that people live in," Asanda Ngoasheng, an independent political analyst, told Fox News. “[Coronavirus] also affects middle class and wealthy people, and the fact that it is easily spread has forced everyone who usually didn't care about the state of inequality to care.”

Ngoasheng adds they “suddenly care because they realize that if people get infected, they could infect them, as they provide service to them.” 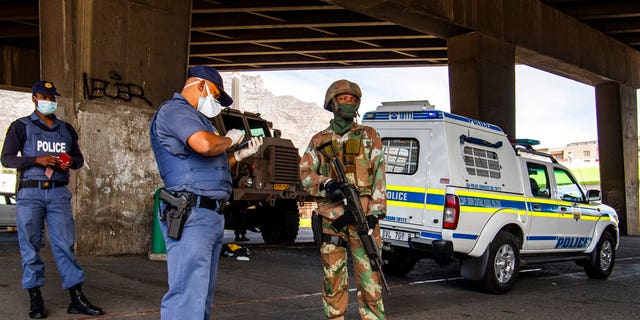 A policeman and soldier man a roadblock in Cape Town, South Africa, Friday, March 27, 2020, after South Africa went into a nationwide lockdown for 21 days. (AP)

“People have to use crowded toilet and water facilities, so the risk of transmission among inhabitants of these areas is almost unavoidable and very concerning. The space inside and between shacks is typically very small. Poor informal settlement dwellers have few personal items, typically sharing everything – so transmission is very easy. It is also not easy to stretch one's legs, given that neighbors are less than a meter away in many crowded urban settlements."

Stellenbosch University announced Friday that it joined forces with a local biotechnology company, AzarGen Biotechnologies, to further develop Synsurf, a synthetic pharmaceutical that is to be tested as “a supportive agent for the treatment of Acute/Adult Respiratory Distress Syndrome (ARDS),” a statement from the university states. “Based on the latest research, ARDS has been cited as one of the major reasons that COVID-19 patients become critically ill and/or die.”

Observers say U.S. embassies and their ambassadors in Southern Africa have been especially helpful over Covid-19– related issues. Earlier, South African ambassador Lana Marks personally intervened to help get stranded U.S. visitors home, while in neighboring Namibia, ambassador Lisa Johnson handed over 3 ambulances, 25 hospital beds and other medical equipment to Namibian authorities to help in the fight against the virus.