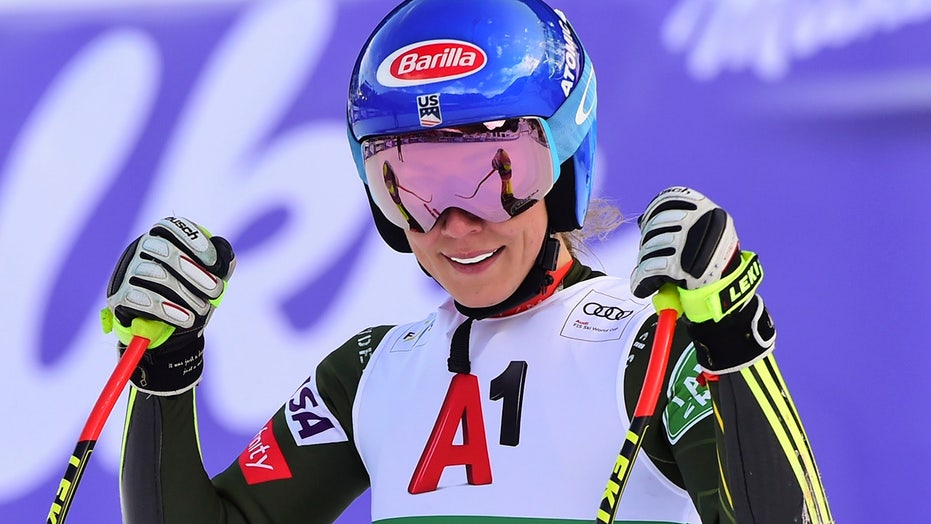 Mikaela Shiffrin will not get a chance to defend her overall ski title.

The last races of the women's Alpine skiing World Cup season were canceled Wednesday amid public health concerns related to the spread of the new coronavirus, handing Federica Brignone the overall title ahead of Shiffrin.

The decision to call off the three-day event in Are, Sweden, means Brignone becomes the first Italian women's overall champion in the 53-year history of the World Cup.

Shiffrin, the three-time overall champion, had announced earlier Wednesday that she would compete at the event after taking a six-week break from the sport following the death of her father.

During her absence, Shiffrin lost her lead in the overall standings to Brignone, who is 153 points ahead of the American. There would have been a total of 300 points up for grabs in the last three races.

“The dream of a lifetime has come true, I don't hide that I cried for happiness,” said Brignone, who won five races this season and also topped the giant slalom standings.

“Having won it in this way is certainly not what I wanted,” said the Italian, who amassed a career-best 11 podium results this season. “I think I deserved it … I am proud to have achieved this result in such a difficult time for Italy, I hope to have brought a smile to our country."

Shiffrin also loses the slalom discipline title she won six times in the past seven years. Her biggest rival, Petra Vlhova of Slovakia, is 20 points ahead of the American in the slalom standings.

“Congratulations to all the Globe winners,” Shiffrin wrote on her social media channels late Wednesday, referring to the crystal globes handed out to World Cup champions.

“Despite the end of the season being cut so short, the impressive performances you all had throughout the entire season brought you to this point, and you earned these achievements through and through,” the American said.

Next week's World Cup finals for both women and men in Cortina d’Ampezzo had already been canceled because of the virus outbreak in northern Italy.

FIS also said three members of a sponsor support team at the World Cup were placed under quarantine after experiencing symptoms of the virus, with one member having tested positive.

FIS said it was closely monitoring the situation and that it was unlikely that others involved in the women's or men's World Cup have been affected.

“The priority is the safety of all of us involved in this World Cup,” FIS women's race director Peter Gerdol said. “Everyone understood what the situation is. There is no discussion.”

There was no immediate decision on the last men's World Cup races this weekend in Kranjska Gora, a Slovenian resort just a few kilometers (miles) away from the Italian border.

Earlier Wednesday, Shiffrin had said she planned to start in Thursday's parallel giant slalom, and a giant slalom and a slalom the following two days.

Shiffrin posted on her social media channels that Are “has held a special place in my heart, and it feels like the right place to rejoin my World Cup family and try to race again.”

Shiffrin has not competed since winning a super-G in Bansko, Bulgaria, on Jan. 26. She skipped speed events in Sochi a week later and returned to her family home in Vail that weekend to be at the hospital with her father, Jeff, who died on Feb. 2.

“I have some wonderful memories with my Dad here during the World Cup Finals and World Champs, so I’ve been looking forward to returning for these races,” Shiffrin said.

The American got her first career win at the Swedish resort in 2012 and won a record fourth straight slalom world title in Are in 2019.

She was already in Sweden training for the event.

“I do wish I got to stand in the start amongst my competitors and friends again before the season ended,” she wrote on Twitter after the cancellation. "But I feel lucky (in a weird way) because I accomplished what I came here to do. I got this far – took that step… even if it wasn’t out of the (asterisk)racing(asterisk) start gate. Made a bunch of good turns over the last few days in the final prep, and I’m grateful for that.”

Bindu Rana Kapoor was director in 42 companies, some named in CBI FIR

Bindu Rana Kapoor was director in 42 companies, some named in CBI FIR