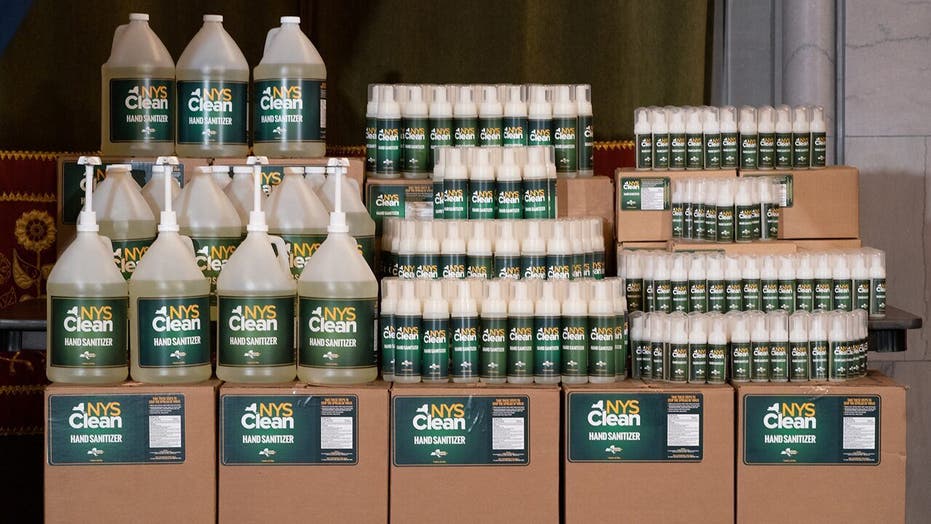 The Sharks and the NHL were still determining how to proceed Tuesday with three scheduled games in San Jose this month following a local ban put in place on gatherings of more than 1,000 people in response to the spread of the coronavirus.

The Sharks and the league said they will abide by the guidelines put in place by the Santa Clara County public health department and are working together to determine the "appropriate course of action."

The Sharks have games scheduled for March 19, 21 and 29 at the SAP Center. Among the options being discussed are moving those games to a neutral site outside the affected area, playing the games without fans or postponing them until April. The NHL season is scheduled to end April 4, followed by the playoffs.

"I don't stand here and profess to know the answer to what's right and what's wrong," Sharks interim coach Bob Boughner said Tuesday before the team left for a four-game road trip. "If what they're saying (is) we can't play in front of crowds, then we'll have to deal with it. Nothing is confirmed on the Sharks end to what the options would be, but as a coach you try to keep your players focused."

The Sharks aren't the only team with upcoming games impacted by the local ban. Major League Soccer's San Jose Earthquakes are determining what to do with their home game March 21 and Stanford is figuring out how to proceed with events scheduled on campus, including the NCAA women's' basketball tournament.

The BNP Paribas Open at Indian Wells in Southern California that was supposed to start this week has already been canceled and the Ivy League called off its men's and women's basketball tournaments scheduled for the end of this week.

The vast majority of people recover from the new virus. According to the World Health Organization, people with mild illness recover in about two weeks, while those with more severe illness may take three to six weeks to recover. In mainland China, where the virus first exploded, more than 80,000 people have been diagnosed and more than 58,000 have so far recovered.

While sports leagues worldwide have already postponed events or held them without fans, those in North America are now facing similar decisions. The problem has become especially acute in Santa Clara County, which announced the first death from the virus Monday and had 43 confirmed cases at the time officials announced the ban.

That would apply to sporting events, leading to the decision about whether to play Sharks games without fans or move them outside the county. The Sharks are set to host Montreal on March 19, Boston on March 21 and Arizona on March 29.

"I've never been in the NHL and played a game without fans so that idea would definitely be very different," forward Evander Kane said. "I know they made an announcement of a couple of different scenarios and we're waiting to find out what actually happens. Obviously the empty building is one of them. It definitely would be very strange to play in an empty building."

Sharks center Joe Thornton said he wouldn't want to play without fans but didn't know what the best option would be.

The Stanford women's basketball team is expected to host the opening weekend of the NCAA Tournament from March 20-22. Stanford is scheduled to host games in several other sports this month and the school said Monday night all events remain scheduled as of now.

The Earthquakes have one home game scheduled this month on March 21 against Sporting Kansas City. There also is an exhibition at Avaya Stadium scheduled for March 28 between Mexican clubs Chivas Guadalajara and Club Leon.