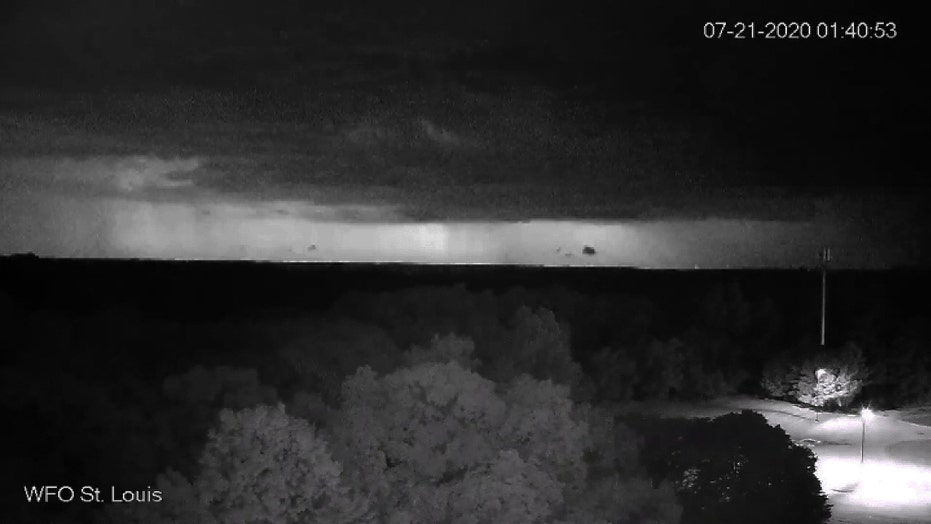 Dramatic lightning lights up the skies in Jefferson County, Missouri

Talk about lighting up the night.

Dramatic lightning flashed over the skies of eastern Missouri earlier this week as severe weather moved through the region.

The National Weather Service (NWS) office in St. Louis uploaded a timelapse video of an electrical storm as it passed over Jefferson County.

"It's sped up, of course, but that's what about 10 minutes of continuous lightning looks like!" the forecast office said on Twitter.

The footage shows lightning flashes illuminating the night sky. A severe thunderstorm warning was issued for the area at the time. 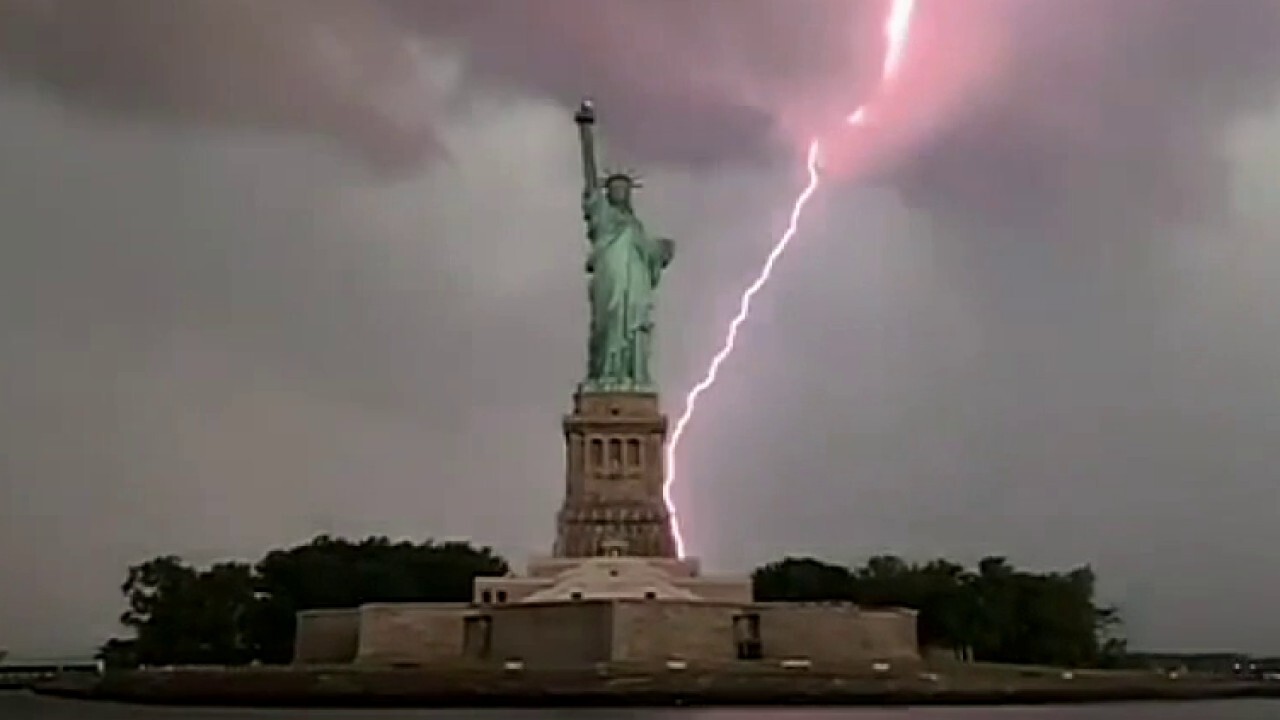 Lightning strikes behind the Statue of Liberty

The region has seen thunderstorms in recent days.

Four men were injured over the weekend when they were struck by lightning at a park in St. Louis.

LIGHTNING DEATHS DROP 'DRAMATICALLY' OVER 2 DECADES ACROSS US, BUT DANGER STILL LINGERS

The state of Missouri is among the top 10 states with the highest number of lightning fatalities from 2010 to 2019, with 10 deaths recorded. So far in 2020 there have been eight deaths nationally, according to the National Weather Service (NWS). 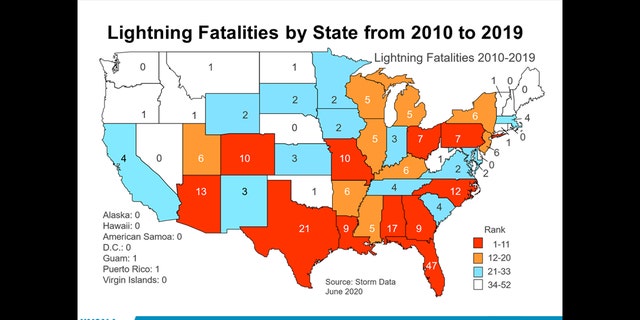 Between 2006 and 2019, a review of some 418 fatal lightning strikes found that 62 percent of deaths were linked to leisure activities.

John Jensenius, a lightning safety specialist with the National Lightning Safety Council (NLSC), told Fox News last month there's a pattern to most of those.

In some cases, people may be outside and not know if a storm is approaching because they are using a motor on a boat that drowns out the sound of thunder. 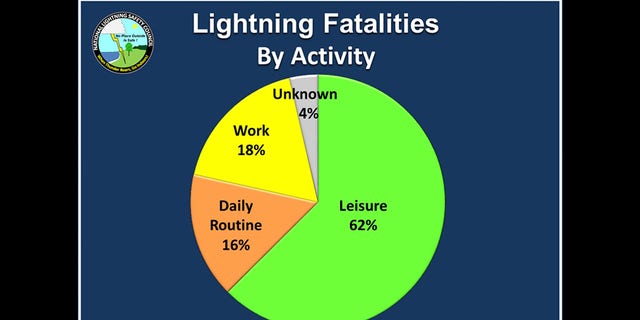 A breakdown of lightning fatalities by activity from 2006 through 2019. (Courtesy Lightning Safety Council)

If someone is at the beach, the sound of the surf also may drown out the distant rumbles of thunder.

"The key is if there's any threat at all, rumble of thunder or what looks like a threatening sky, you need to be able to get into a safe place very quickly," he said.