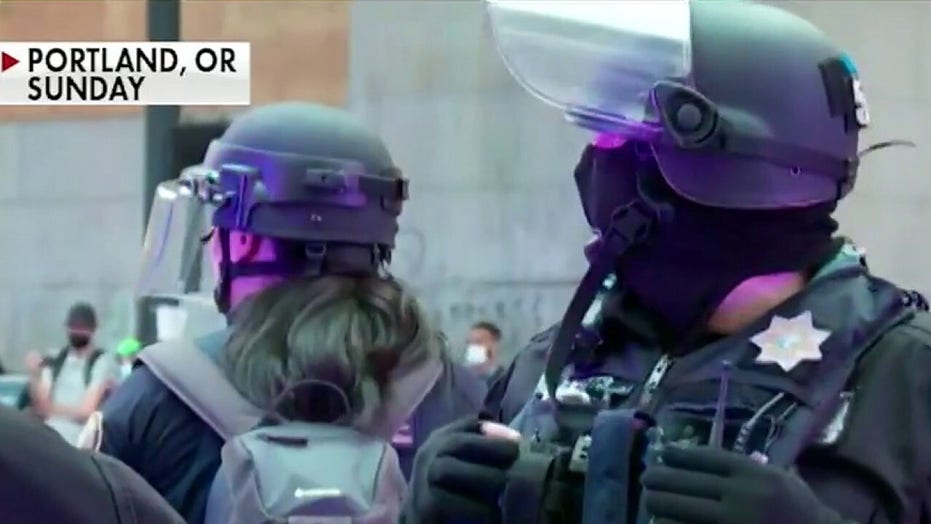 Cities across the nation mark another weekend of violence.

Dozens of Seattle police officers were injured during another lawless weekend in the city as demonstrations again devolved into destruction and attacks on law enforcement.

Police said 59 officers suffered injuries ranging from cuts and bruises to burns. One officer was treated at a hospital for a torn meniscus. Photos showed several officers’ fleshy wounds.

Rioters also set fire to a portable trailer and threw an explosive device at the police department’s East District precinct, leaving an 8-inch hole in the side of the building, police said.

Police declared a riot and deployed sponge rounds, OC spray, and blast balls to disperse protesters. At least 47 people were arrested for assaults on officers, obstruction, and failure to disperse. 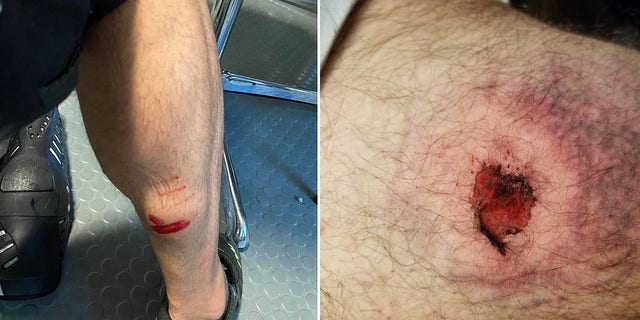 Polce said an officer, left, suffered an abrasion to his leg from an explosive device, while another, right, sustained a burn. (Seattle Police Department)

However, protesters accused police of excessive force on social media, posting images of wounds they say were caused by police munitions, the Seattle Times reported.

The fear of large-scale protests at the start of the weekend had led businesses to board up windows over concerns their property may be targeted by rioters after vandals damaged property earlier last week, KOMO News reported. 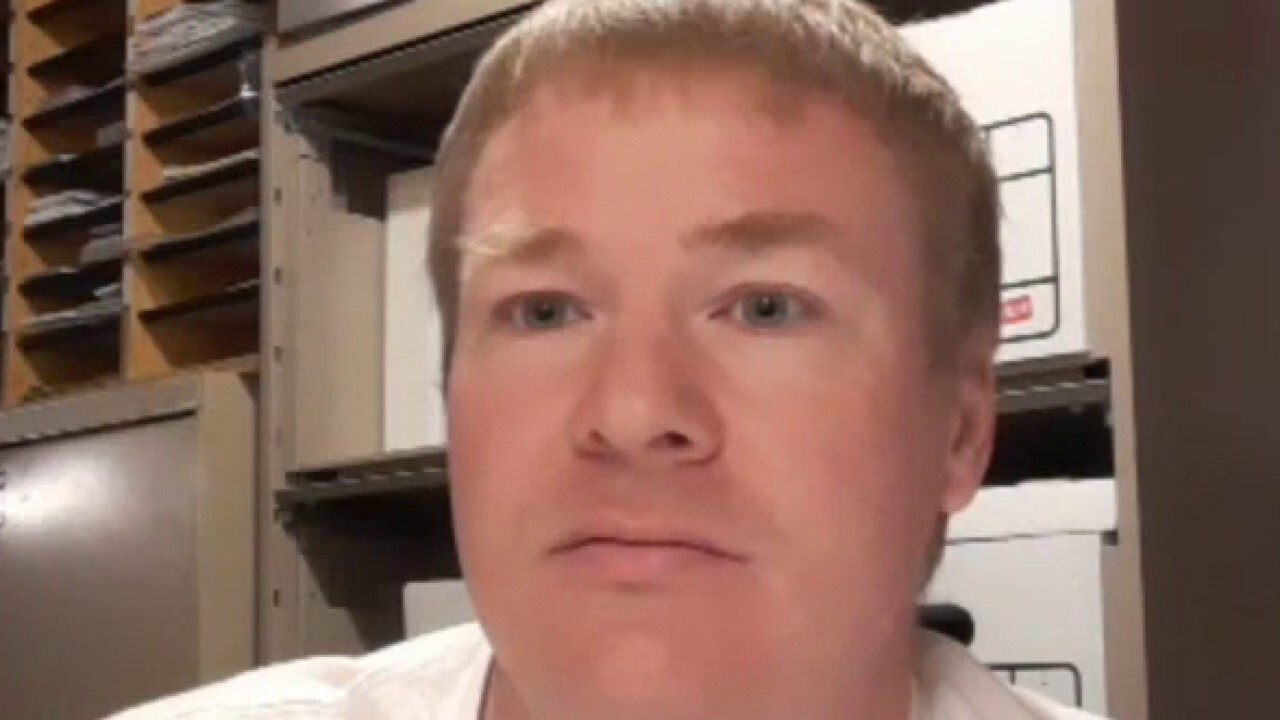 Seattle business owner fears his property could be next target of rioters: 'Enough is enough'

Joseph Wanagel describes the violence he's witnessing in his neighborhood by 'criminals' who have taken over the protests.

In the Sunday morning aftermath, many businesses were left to once again clean up debris from broken windows, vandalized buildings and looted stores, Q13 FOX reported. A Starbucks was targeted by several rioters who smashed windows, looted, and spray-painted profanity on the exterior walls.

Other businesses continued to board up ahead of more potential destruction this week, according to the station.