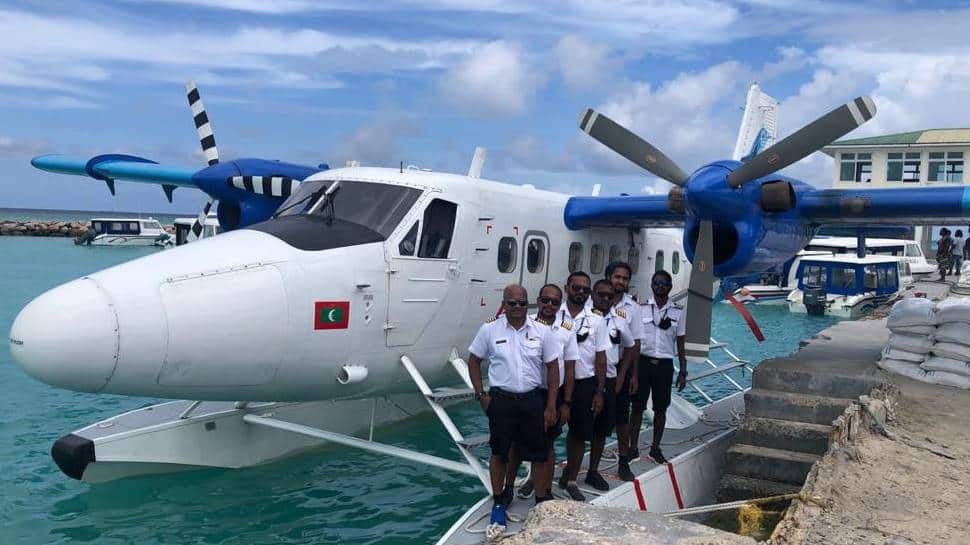 Kochi: A seaplane that took off from Male in the Maldives made a successful landing inside Venduruthy channel at Kochi on Sunday (October 25, 2020) on a technical halt.

"A Twin Otter 300 seaplane of M/s Spicejet Technic took off from Male, Maldives and made a successful landing inside Venduruthy channel at Kochi on October 25, 20 for technical halt. The seaplane is a 19-seater, which will be able to accommodate 12 passengers," a press release from Southern Naval Command stated.

The press release said, "The seaplane was provided assistance with berthing facility at Naval jetty and refueling for their onward journey. The seaplane is scheduled to fly to Ahmedabad where it will commence flying as a part of regional connectivity scheme between Sabarmati river front and Statue of Unity."

"Seaplanes are a natural choice of connectivity between mainland and Lakshadweep islands and inland water channels at Kochi and sheltered lagoons in the islands offer ideal space for the seaplanes to land and take-off," it said.

The inaugural flight will take off from Sabarmati Riverfront in Ahmedabad to the Statue of Unity in Kevadia Colony in Narmada district. Prime Minister Narendra Modi is expected to inaugurate the first-ever Seaplane service in Gujarat on October 31.

It will also be the first of its kind of Sea Plane service in the country. It will be managed by private airline SpiceJet which will operate a 19-seater plane, which will be able to accommodate 12 passengers.

“There will be four flights a day between Ahmedabad and Kevadia on each side — which means four arrivals and four departures. The ticket price per person will be about Rs 4,800," a Gujarat government official said. The journey by seaplane will be about one hour.