At the San Cosimato playground in Rome, parents have that unmistakeable look of "how on Earth am I going to entertain them?"

The perennial problem has struck early this year: with schools and universities now closed across Italy until at least 15 March, in an effort to contain the spread of coronavirus, some 8.4 million children are out of class well before the Easter break. It's an unprecedented response by Europe's worst-hit country.

Malvina Diletti watches her eight-year-old, Edoardo, play on the climbing frame. "We think 10 days off is totally useless, it's not even enough to discover if you're sick," she says.

"So they'll probably extend it, which is bad as it's tiring to have them home all the time. They may be happy today – it's the first day – but they'll get bored eventually." 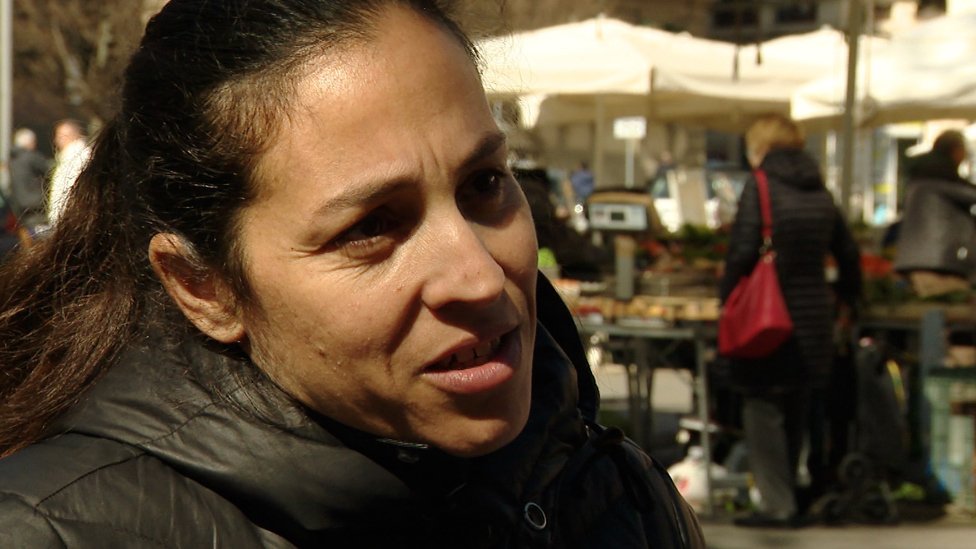 We think ten days off is totally uselessMalvina Diletti, mother

They are heading home for lunch with six other children, as parents are taking it in turn to host, sharing the babysitting load during this difficult period.

"It's so we avoid grandparents having to stay with us," Malvina tells me, "because if more elderly got sick, hospitals would just crash."

On Thursday the Italian authorities reported 41 deaths from the virus in the past 24 hours, raising the total death toll to 148 in Italy. Currently 3,296 people are infected in the country.

This was the first country in Europe to ban all flights to China; the first to cordon off entire towns; and now it's the first to close all schools and universities, a dramatic effort to limit a worsening outbreak.

"Maybe they've done it to protect the older teachers," says Malvina, "since the children are still mixing out of school.

"It doesn't really make sense – but we accept it and will do it for the community." 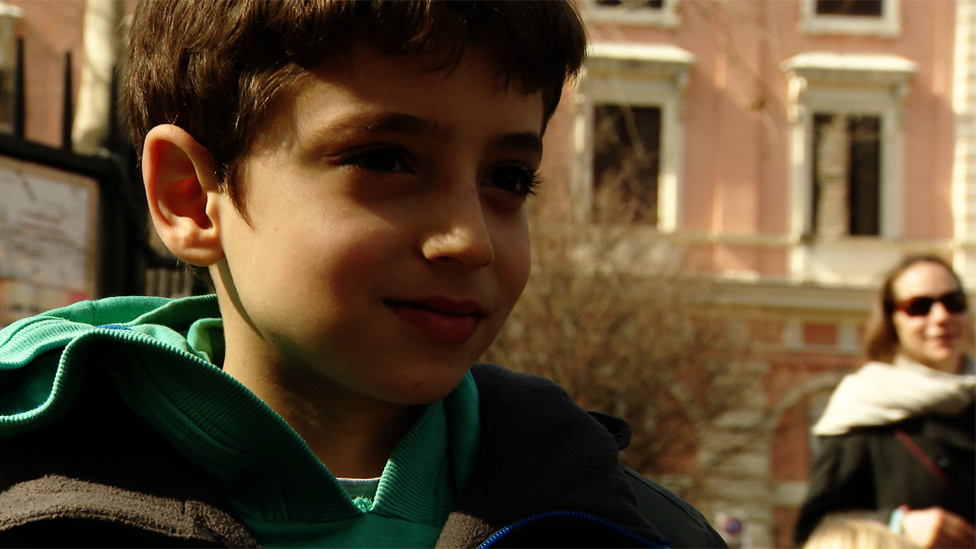 It's to stop us getting sickEdoardo Diletti

Edoardo says he's enjoying being off school, "but it's strange because it's the first time".

I ask if he understands why it's happening. "Yes," he replies, "it's to stop us getting sick."

What do I need to know about the coronavirus?

Some families and teachers are adapting to the huge disruption with the help of technology.

In the northern town of Busto Arsizio, part of the region worst hit by the virus, the Tosi High School is using web-learning to stream classes.

"The teacher enters a virtual classroom, does the roll call and can see students connected on their devices. They can work in groups, make presentations and show videos."

The school is part of a network, Ashoka Changemakers, whose investment in the resource is paying off.

"This could be a turning point in Italian education," she says, "and a chance to create innovative methods.

"Other schools may struggle because perhaps their teachers aren't trained. We're supporting those that ask for our help, as there are very few like us."

Some schools are recording entire lessons on WhatsApp, while others are incorporating the news into their lessons, one teacher telling an Italian newspaper that she'd asked pupils to come up with stories about "the monster of coronavirus".

Italians are adjusting to the crisis – but the reality is hitting hard. And while there doesn't appear to be panic about the spread of cases itself, there is deepening concern about the economic impact.

At the Royal Santina Hotel beside Rome's Termini Station, just 20 of the 120 rooms are occupied, and 90% of bookings for March have been cancelled. The corridors feel eerily quiet.

"This is the worst I've seen in my 35 years here," says owner Giuseppe Roscioli.

"It's the first time that we've lost almost all the international market – from the US, Asia and the Middle East – as well as the domestic market from Italian tourists and group bookings."

What will happen if the situation continues?

Italy's tourism sector is now predicted to lose €7.4bn (£6.4bn; $8.3bn) as a result of the outbreak. From the Colosseum to the Trevi Fountain, Rome's must-see sights are being seen by so few.

"I thought it would be fuller than it is," says Jill Saunderson from the UK, while enjoying St Peter's Square.

"All the waiters we've spoken to are petrified for their livelihoods. We wanted to come – we're quite healthy and we think there's a lot of scaremongering going on."

Health, the economy, even Italians' way of life: all are now facing an unparalleled challenge. There is shock here at seeing how vulnerable this economy is to events beyond Italy's control. And for many the most damaging thing is not knowing when this uncertainty will pass.