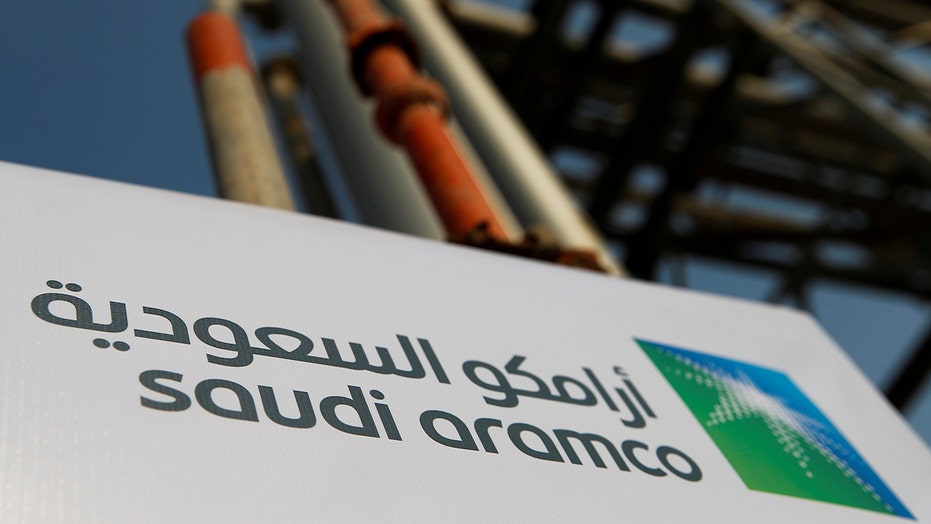 The images show the foreign worker wearing a face mask and a box with "Hand Sanitizer" written on it. Also attached was a dispenser of hand sanitizer for passersby to use as the coronavirus continues to spread worldwide.

Many characterized the photos as racist, abusive and as an example of how migrant workers in the kingdom are mistreated. Many foreign workers travel to the Middle East to work jobs in construction and other fields.

Saudi Arabia country has more than 20 confirmed coronavirus cases. Globally, more than 121,000 people have been sickened and nearly 4,400 others have died.

In a Tuesday tweet, the company said it expresses "its strong dissatisfaction with the abusive behavior."

"The company immediately stopped this act and took strict measures to prevent it from happening again," the statement continued.

Many replied that the company should apologize to the worker himself.

In an effort to prevent further infections, Saudi Arabia has banned religious gatherings at mosques and restricted travel from several countries and closed schools and universities.

Saudi Aramco is the world's most valuable company with a $1.7 trillion-worth based on its initial public offering in December.