The Sarah Lawrence father accused of forcing women he met in his daughter's dormitory into hard labor and years of prostitution was in bed with one of his alleged victims when he was arrested last month, prosecutors said.

Assistant U.S. Attorney Danielle Sassoon claimed in court that Ray — who has a long history of failing to obey court orders, tampering with witnesses and at one point using his daughter as a human shield — should not be granted bail.

Ray described the woman he was in bed with when authorities arrested him as his wife, though prosecutors said she was one of his victims.

The 60-year-old New Jersey man pocketed more than $1.7 million in 2017 and 2018 from the proceeds of a victim whom he forced to work as a prostitute, Sassoon said.

Ray is also accused of torturing women he lived with, at times keeping a lock on the refrigerator door to restrict their access to food. 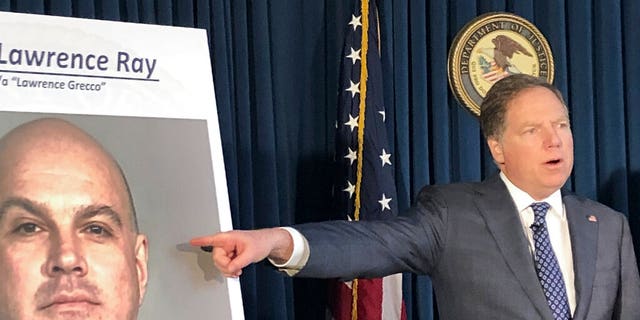 Authorities said he convinced them they were indebted to him, subjecting them to grueling hours-long interrogations that included sexual exploitation and humiliation as he deprived them of basic necessities like food and sleep.

Of his victims, two were living with him when Ray was arrested.

Prosecutors also said he "sexually groomed" one woman, getting her to have sex with various men while he filmed the encounters. Sassoon said he had sex with multiple victims himself. She added that Ray tried to shield himself from investigators by keeping cash in bank accounts under the names of his victims or in a backpack he carried around.

Ray, who was the best man at the wedding of former New York Police Commissioner Bernie Kerik, has been charged with sex trafficking and extortion. If convicted, he could face a mandatory minimum of 15 years in prison on the sex trafficking charge alone. He has pleaded not guilty to the charges.

"Ray put a knife to one male victim's throat, brandished a knife and threatened to dismember another male victim, grabbed a third male victim around the neck until he passed out, slapped a female victim and grabbed another female victim by her head before shoving her to the ground," Berman said. "After enduring Ray's abuse, seven of his victims falsely confessed to having harmed or attempted to harm Ray. Ray, who sometimes recorded these false confessions, then used these false confessions to extort money from his victims."