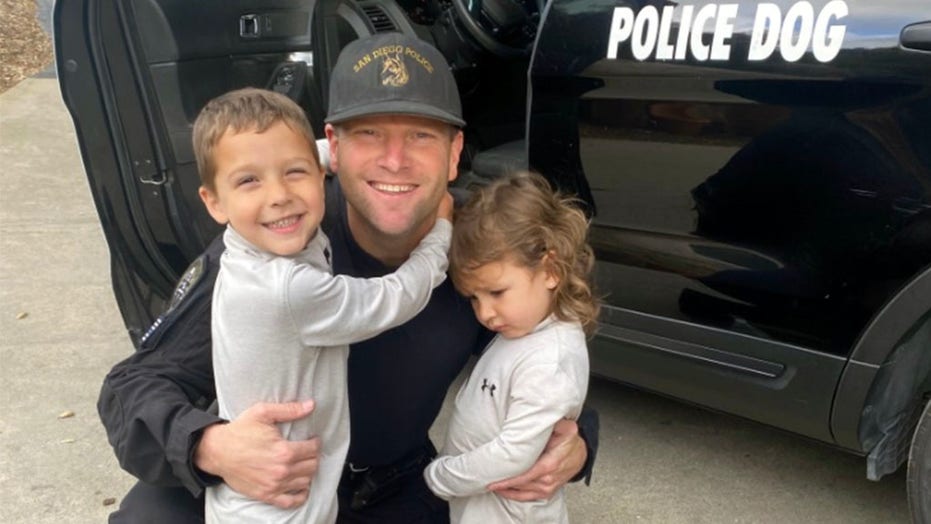 Editor's note: This story discusses suicide. If you or someone you know is having thoughts of suicide, please contact the National Suicide Prevention Lifeline at 1-800-273-TALK (8255).

A San Diego police officer is being praised by colleagues for scaling down the side of a cliff over the weekend to rescue twin 2-year-old sisters after their father allegedly drove off a bridge, flipping their car upside-down into the ocean below.

One girl suffered minor injuries, while the other was hospitalized in critical condition. However, both are expected to make a full recovery, police said.

Their father, whose name has not been released, suffered non-life-threatening injuries. It was not immediately clear what charges he would face, if any.

The girls’ mother called the San Diego Sheriff’s Department around 4:30 a.m. Saturday morning to report her daughters’ father was suicidal and threatened to drive off of the Coronado Bay Bridge, police told the Times of San Diego. Police tracked the man’s phone to Point Loma. A police lieutenant witnessed a vehicle matching the correct description drive over Sunset Cliffs at an accelerated speed.

The first to arrive at the side of the cliff, San Diego Police Department K9 Officer Jonathan Wiese, said he saw the truck had landed upside-down on a rock in the water below.

“I have a two-year-old daughter at home so I imagined, what if that was my wife and kid down there? You're not going to stand there on the cliff and watch it happen,” Wiese told KGTV.

Remembering he had a 100-foot leash in the back of his patrol car from SWAT missions, Weise said he quickly removed his gun belt, tied the tether around his waist, “and by then, four or five other cops had shown up, so I pretty much threw the end of the leash to them and then I said, 'hang on,' and I just jumped off.”

After being lowered 30-feet down the side of the cliff, Weise said he drew on his previous water rescue training to reach the father and girls and successfully tow them to the rocks.

“He had both girls,” Wiese told the San Diego Union-Tribune. “He was holding them and trying to tread water, but they were all going under. One was awake and crying the other one was pretty lifeless.” 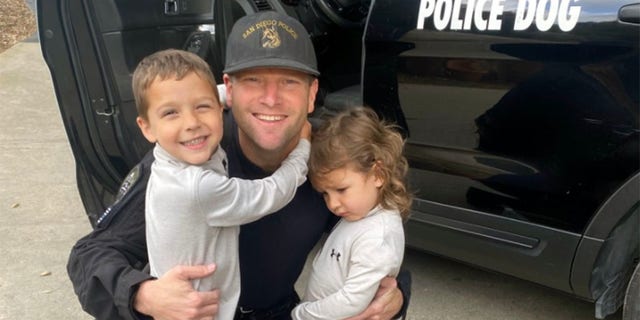 After attempting some “rescue breathing,” Weise said he placed each girl in a canvas bag before San Diego Fire personnel helped raise them up the side of the cliff. Weise then waited with the father for a fire-rescue helicopter to arrive to retrieve them both. While down there, the officer recalled the father saying “he was going to die and the girls were coming with him.”

“I didn’t do the job to be liked every day, I didn’t do it to become rich. I did it because I want to be out there making a difference and helping people, as cliché as that might sound, but I was just glad I could be there,” Wiese told KGTV. “You just do what you have to do, but after everyone was safe, it hits you and you just want to go home and hug your kids, that’s for sure.”

As police departments around the country face scrutiny following the May 25 death of George Floyd in Minneapolis, SDPD Police Chief David Nisleit praised Weise for his dedication as a member of law enforcement.

“That’s probably the most heroic thing I’ve seen in my 32 years,” Nisleit said.

The chief said Weise was awarded Officer of the Year after arresting the gunman who opened fire at the Chabad of Poway synagogue in Poway, Calif., about 20 miles north of San Diego, on April 27, 2019.

A Half-Century On, an Unexpected Milestone for L.G.B.T.Q. Rights

A Half-Century On, an Unexpected Milestone for L.G.B.T.Q. Rights