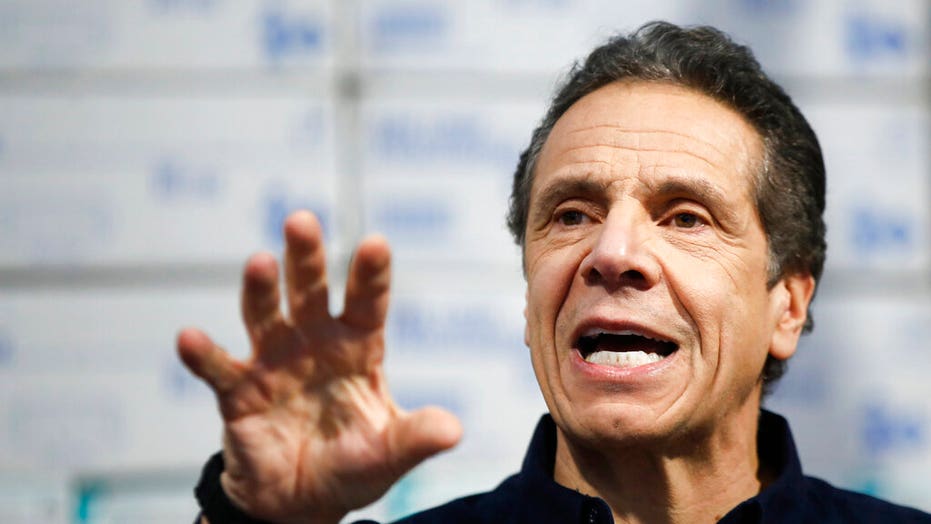 Gov. Cuomo: 66 percent of new hospitalizations in New York are people who were at home

Health care heroes who came from around the country to help fight the coronavirus outbreak in New York will still have to pay state income taxes, according to Gov. Andrew Cuomo.

The taxes would also affect Samaritan’s Purse, a Christian aid organization that set up a temporary hospital in Central Park.

“We're not in a position to provide any subsidies right now because we have a $13 billion deficit,” Cuomo said during his daily press briefing Tuesday. “So there's a lot of good things I'd like to do, and if we get federal funding, we can do, but it would be irresponsible for me to sit here looking at a $13 billion deficit and say I'm gonna spend more money, when I can't even pay the essential services.”

The issue first arose when Samaritan’s Purse was setting up its emergency field hospital, according to New York City-based PIX11 News. The charity’s comptroller noticed that a New York state law requires anyone working in the state for more than 14 days to pay income tax.

There’s no exemption for coronavirus relief.

Cuomo said New York, which has seen more coronavirus cases than any other state in the US, is in dire need of federal funding to help it cope with the crisis.

And he placed at least some of the blame for not getting those funds on Senate Republicans. Senate Majority Leader Mitch McConnell has opposed so-called blue state bailouts — and he rankled Cuomo last month when he suggested that states be allowed to declare bankruptcy instead.

“I don't think the president started this fight, I think it's the Republican senators,” Cuomo said, later calling on President Trump to “bridge the gap.”

McConnell said on “Your World with Neil Cavuto” last Wednesday that Senate Republicans remain open to the idea of sending more assistance to state and local governments — so long as it is limited in scope to address the coronavirus.

CUOMO SLAMS MCCONNELL'S STATE BANKRUPTCY PUSH: 'ONE OF THE REALLY DUMB IDEAS OF ALL TIME'

“We’re not interested in rescuing badly run states from the mistakes they made, completely unrelated to the coronavirus,” McConnell said.

For his part, President Trump sided with McConnell in an interview with the New York Post on Tuesday.

“I don’t think the Republicans want to be in a position where they bail out states that are, that have been mismanaged over a long period of time,” he said.

Cuomo addressed that notion during his own press appearance.

“This state was doing well before the virus, and I wasn't asking for a nickel — so it has nothing to do with mismanagement,” he said.