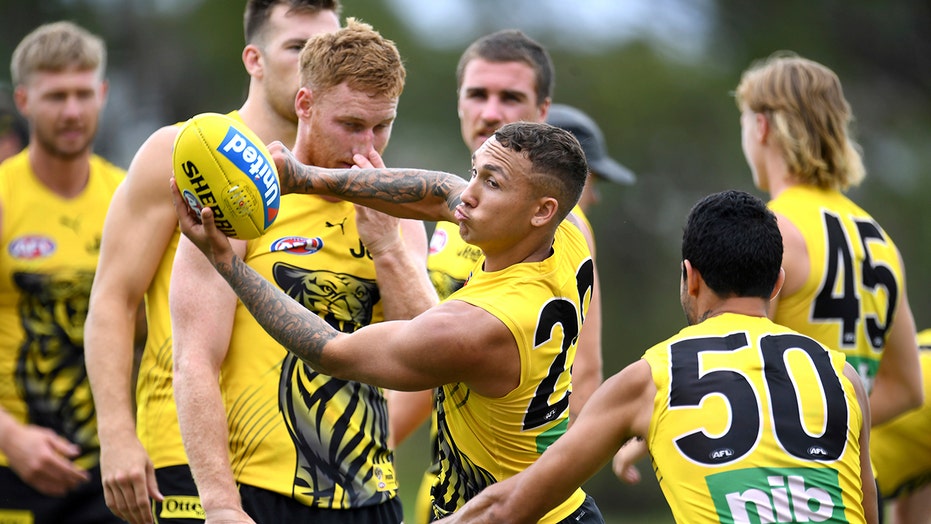 Dustin Martin, who won the Norm Smith Medal most valuable player award for a record third time, kicked four goals to help Richmond to a 12.9 (81) to 7.8 (50) win in Saturday’s historic decider at the Gabba.

The Tigers kicked 10 goals to two after the Cats led by 22 points in the second quarter.

It was the first Australian Football League final to be held outside of Melbourne since the competition began more than 120 years ago. The title match was moved to the Gabba from the Melbourne Cricket Ground two months ago due to a spike in COVOD-19 cases in Melbourne.

The Tigers’ win came after they and Geelong both spent more than 100 days in interstate biosecure hubs, having left locked-down Victoria state in July to carry on with the pandemic-affected season.

The Melbourne-based AFL, known as the Victorian Football League before its national expansion, has played nearly all of its championship matches at the Melbourne Cricket Ground since 1897.

The MCG wasn’t used during World War II after the government requisitioned it for the military. In 1991, the grand final was played at another stadium in Melbourne while the MCG was being upgraded.

The Gabba crowd Saturday was restricted due to social distancing rules, so only 29,707 fans were permitted in the 42,000-seat stadium. Heavy afternoon rain subsided by the time the match started, but the pitch was still slippery throughout.

It was Geelong veteran Gary Ablett’s 357th and final match. He hurt his left shoulder in the fifth minute of the match and had to be assisted from the field, but returned to take part in a limited role for the remainder of the game.

Before the Tigers began a victory lap around the stadium, they gave Ablett a guard of honor off the field.

“Full credit to Geelong … they challenged us, but credit to our boys, they showed the resilience that we know they can," Cotchin said.

Cotchin was presented with the premiership trophy by Brisbane-based and world top-ranked women's tennis player Ash Barty, who has often referred to herself as Richmond's No. 1 fan.