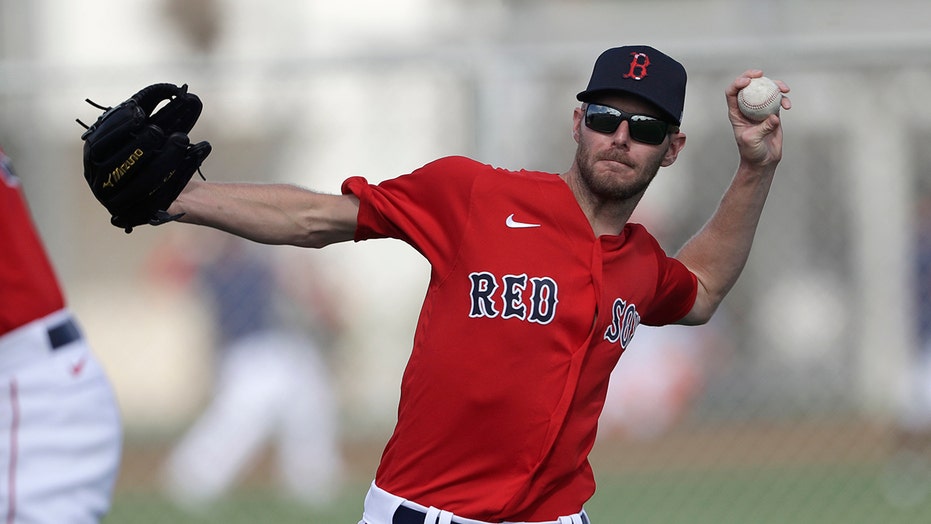 Boston Red Sox ace Chris Sale will have Tommy John surgery on his left elbow, an operation that would keep him out the entire 2020 baseball season if and when it resumes after the coronavirus pandemic.

“There’s no real way to sugarcoat this. It's not what anyone wants,” Red Sox chief baseball officer Chaim Bloom told reporters on Thursday night. “Chris is the type of player that you just can’t replace. He’s an elite player. If he’s unavailable to us, that’s a blow.”

The announcement comes two weeks after saying Sale had a flexor strain near the elbow. At the time, the Red Sox hoped Sale would avoid the operation that usually requires at least a full year of rehab. Bloom said it usually takes 14-15 months to recover.

“Generally, 12 months is aggressive,” he said. “Some guys go through rehab with absolutely no bumps in the road. Some guys — actually most guys — have bumps along the way. You know he will put everything he has into this.”

Opening day, originally scheduled for next week, has been pushed back until at least mid-May due to the coronavirus outbreak. Sale, who turns 31 this month, missed the start of spring training with an illness that the team described as a flu that morphed into pneumonia. (Bloom said no Red Sox players have tested positive for COVID-19.)

Bloom acknowledged that the pandemic has strained medical resources and said Sale's surgery would not exacerbate the problem.

“We’re going to do this in a way that doesn’t put any additional burden on everybody who’s suffering during this outbreak,” he said.

Red Sox manager Ron Roenicke said the team hopes to find a starter to plug the hole on the current roster. The rotation was already stretched with the trade of David Price to Los Angeles in the cost-cutting deal that also sent Mookie Betts to the Dodgers.

Nathan Eovaldi, Eduardo Rodríguez, Martín Pérez could be joined by prospect Ryan Weber, but the need for at least one opener is now almost certain.

“We talked about how we’re going to be able to get by if Chris isn’t able to come back,” Roenicke said. “There’s been a lot of talk about openers.”

A seven-time All-Star, Sale is 109-73 in 10 major league seasons and entering the second season of a six-year, $160 million contract. After helping the Red Sox win the 2018 World Series, he went 6-11 with a 4.40 ERA in 25 starts last year — his fewest wins and starts, highest ERA, and the first time he failed to finish in the top six in Cy Young voting in any full season as a starter.

After his illness set back his pitching schedule, he threw his first batting practice of the spring on March 4; a day later, he reported discomfort in his pitching elbow. The team said then there had been no additional damage to his ulnar collateral ligament, which was treated with a platelet-rich plasma injection in August.

“Tommy John's been a factor in my life for 20 years now," Sale said earlier this month. “It's on the table, but it's always been on the table. So, that's not something I'm going to worry myself with. I can't go out there with that in the back of my mind. I have to have the confidence that what we're doing is going to work.”

Once Scrutinized, an Insurance Product Becomes a Crisis Lifeline

Once Scrutinized, an Insurance Product Becomes a Crisis Lifeline