Ray Allen on why he left the Celtics and the heat he still gets from fans: ‘I’ve gotten so much hate’

Ray Allen on why he left the Celtics and the heat he still gets from fans: 'I've gotten so much hate'close 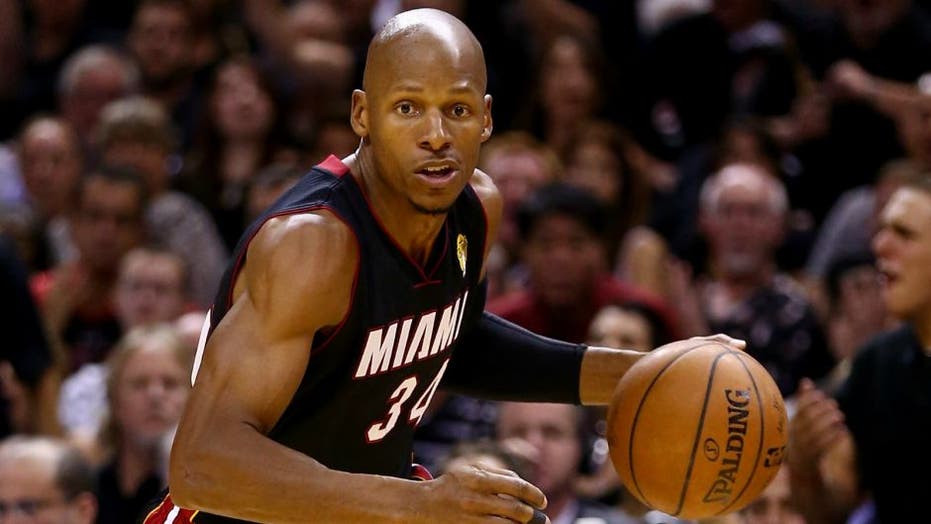 Ray Allen spent five seasons with the Boston Celtics and won one championship with them — and when he decided to leave the team for the Miami Heat in 2012 he said fans were less than happy.

On Tuesday, Allen explained to Cedric Maxwell on his podcast why he left Boston and how he felt like he was “removed” from the “Big Three” that the organization put together.

“I left as a free agent,” Allen said. “I left because there were so many unresolved issues that the team wasn’t considering or willing to change.

“These guys kind of removed me from the ‘Big Three,’ said so many negative things about me and I haven’t had one negative thing to say about any of them. We had tough times, we’re brothers. We went through a lot. But that doesn’t change anything that we’ve done. It hurt me over the course of this time just to hear some of the things that have been said."

He then added that he’s received death threats from Boston fans even years after he left the Celtics.

“You’re talking about nine years now and I’ve gotten so much hate, death threats, vitriol from Boston fans. As far as me being there, I think that is a subject that is really undecided yet. It would take Kevin and I to have a conversation moving forward.”

Allen won his second NBA title in 2013 when Miami defeated the San Antonio Spurs. He hit one of the biggest shots in Heat history when his last-second three-pointer to tie Game 6. Miami would win in overtime.

Allen finished his career averaging 18.9 points and 4.1 rebounds per game and shooting 40 percent from three-point range.

Texans’ JJ Watt gets new job while quarantined at home, cooking not going too well