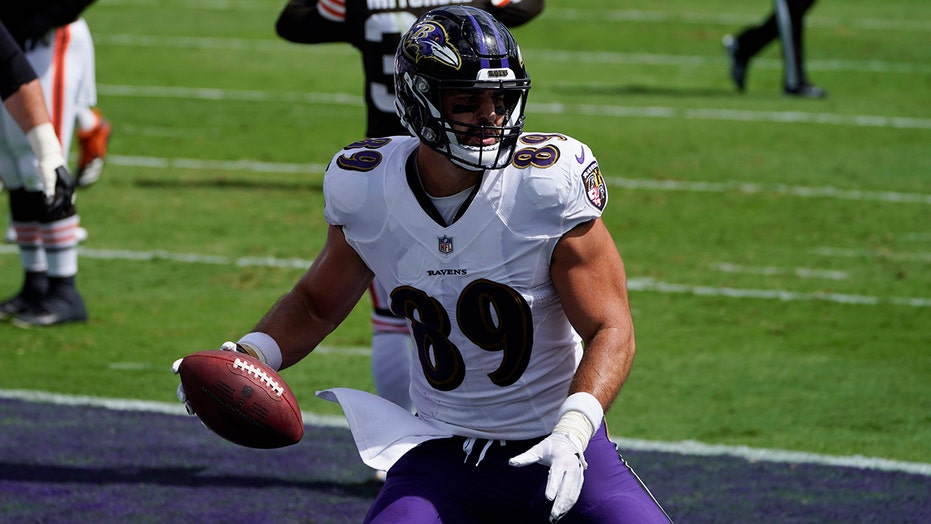 Football is back: What can fans expect with the return of NFL?

The Baltimore Ravens set the tone for their 2020 opening game against the Cleveland Browns when Lamar Jackson threw a touchdown pass to tight end Mark Andrews in the first quarter.

Andrews was wide open behind the Browns defense and Jackson nearly missed him. Luckily, the third-year tight end made a fantastic one-handed grab and came down inbounds for the score. It was a 5-yard touchdown pass to get the season started off right for the Ravens.

THESE ARE THE NFL MVP FAVORITES, ODDSMAKERS SAY

Baltimore put up 10 points in the first quarter and ended the first frame with a 10-6 lead over the Browns.

Jackson comes into the game as the reigning NFL MVP. He led the team to the best record in the NFL during the 2019 season and a division title. The Ravens finished the year 14-2, won the AFC North division title and earned home-field advantage in the playoffs.

BALTIMORE RAVENS: WHAT TO KNOW ABOUT THE TEAM'S 2020 SEASON

Jackson, in only his second season in the league, led the NFL with 36 touchdown passes. He also had 3,127 passing yards. Jackson dominated on the ground too, rushing for 1,206 yards and seven touchdowns. Unfortunately, Jackson and the Ravens couldn’t keep their streak going as they were bounced from the playoffs in the divisional round.

Andrews played in 15 games last season. He had 64 catches for 852 yards and 10 touchdowns.