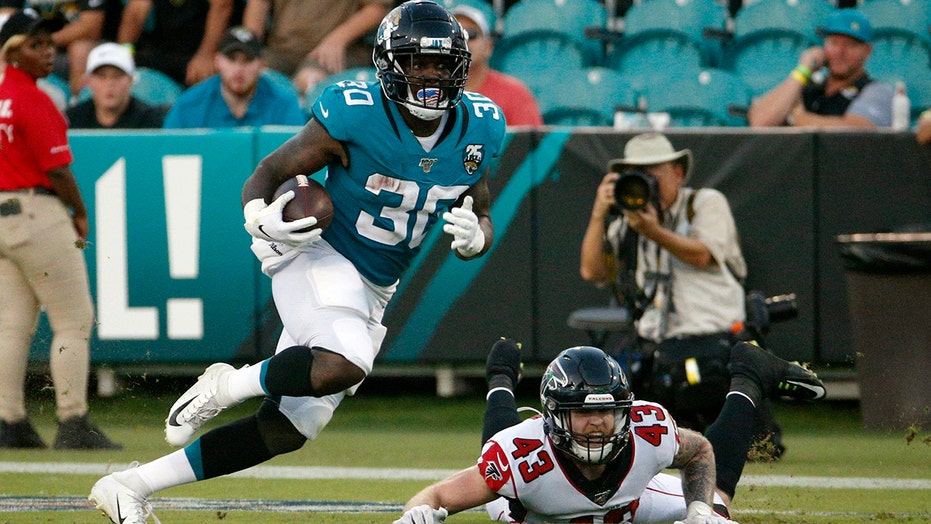 Baltimore Ravens defensive end Calais Campbell said that he spoke to Jacksonville Jaguars running back Ryquell Armstead, who is battling coronavirus symptoms and is not expected to play again during the 2020 NFL season.

Armstead has already been hospitalized twice over the complications he has suffered because of the coronavirus, ESPN reported on Sunday. Armstead had been on the Jaguars’ reserve/COVID-19 list this season with the second time coming in September.

Campbell, a key player on the Jaguars from 2017-19, said that he has exchanged text messages with Armstead regarding his health.

“Yeah, we all knew that was a possibility, statistically speaking. It’s scary,” Campbell said via PennLive.com. “It puts things into perspective. I talked to him, because we’re pretty good friends, too, just through text and stuff, and it sounds like he’s in pretty good spirits and he felt pretty good where he’s at right now. That definitely helped me out a lot, because I was worried about him. You hear the reports. But, man, this is a serious thing we’re dealing with.

Campbell added: “We’re going through the process and having protocols to try to be as safe as possible. But it really is scary that it can hurt you real serious. You don’t know how many people and when. I try my hardest not to catch [it], and so many guys have around the NFL have. For it to be severe and harmful to one person is too many. But you’ve just got to go through the process. But I just try to follow the protocols and try to be as safe as possible.”

Armstead didn’t get a chance to play in a game this season. James Robinson has emerged as the team’s starting running back and the team released Leonard Fournette, who later signed with the Tampa Bay Buccaneers.

The 23-year-old New Jersey native played in each of Jacksonville’s 16 games last season when he was a rookie. He had 108 rushing yards on 35 carries but never crossed the goal line.

Sources told ESPN that Armstead is expected to be back next season “at full strength.” But there’s no real way to tell how much damage Armstead’s body will take from coronavirus complications. ESPN reported Armstead was suffering from “significant respiratory issues.”

Several players have been put on the reserve/COVID-19 list this season. The list is reserved for those who contract the virus or come into contact with someone who has contracted the virus.