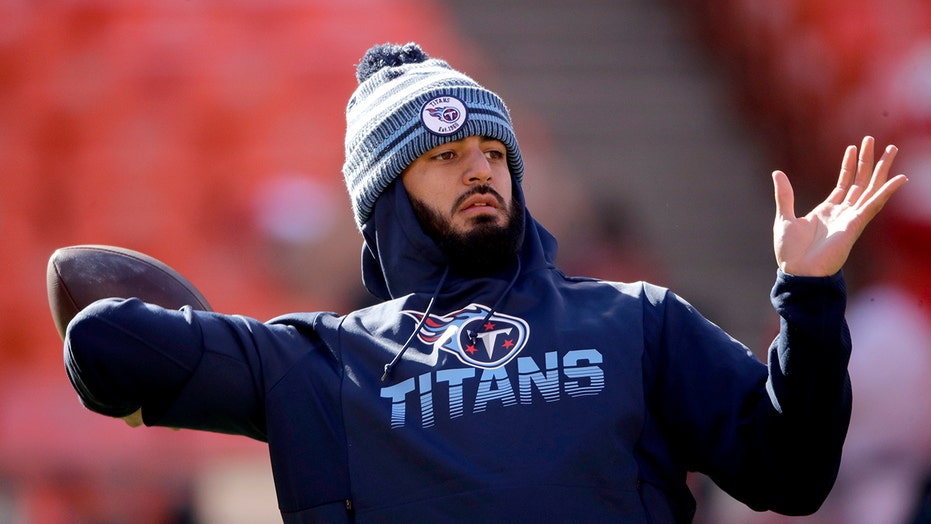 The Las Vegas Raiders have agreed on a contract with free agent quarterback Marcus Mariota to provide an experienced backup behind starter Derek Carr.

A person familiar with the negotiations said Monday the Raiders reached a deal with Mariota, the No. 2 overall pick in the 2015 draft. The person spoke on condition of anonymity because the contract can't be signed until the start of the league year on Wednesday.

The Raiders were one of the teams rumored to be in the running for Tom Brady if he decided to leave New England as a free agent. They ended up with Mariota instead to give coach Jon Gruden a proven backup who could also challenge Carr for the starting role.

The Raiders also agreed to a three-year deal with linebacker Nick Kwiatkoski, a second person said on condition of anonymity because the contract can't be signed until Wednesday.

Mariota lost his starting job in Tennessee last season. The Titans acquired Ryan Tannehill from Miami last offseason and changed quarterbacks in October before going on a run to the AFC title game.

That made Mariota expendable in Tennessee less than five years after being drafted second overall. He made a big splash with four touchdown passes in his NFL debut in 2015 but never developed into the star the Titans hoped they were getting when they drafted him.

He lost his job six games into the 2019 season when he was pulled in the third quarter of a 16-0 loss at Denver. He completed a career-low 59.4% of his passes last season with seven TDs, two interceptions and a 92.3 rating.

Mariota dealt with a revolving door of play-callers and receivers during his time in Tennessee. He has 61 career starts and 63 games in five seasons, with his best performance coming in his second year in 2016 when he threw 26 TD passes and had a 95.6 passer rating.

He broke his right ankle in the second-to-last game of that season, a couple of hours before Carr went down with a similar injury to derail his most successful season as a pro.

Overall, Mariota has completed 62.9% of his passes, averaging 7.5 yards per attempt with 76 TDs, 44 interceptions and an 89.6 rating. He has also been sacked 155 times as he has struggled to avoid pressure.

The Raiders were seeking a better second quarterback to team with Carr after having Mike Glennon and DeShone Kizer as backups last year.

Carr is coming off his most productive season since entering the NFL in 2014 with career highs in passer rating (100.8), yards per attempt (7.9) and completion percentage (70.4%). But the Raiders still only ranked 24th in the NFL in scoring and posted their fifth losing record in Carr's six seasons as the starter.

The Raiders were in dire need of upgrades at linebacker after a revolving door at the position the past few years. The only linebacker who started a game last season that is still under contract with the Raiders is Marquel Lee.

The 26-year-old Kwiatkoski was initially a fourth-round pick by Chicago in 2016. He had his most extensive playing time last year when he had career bests with 76 tackles, three sacks, one interception and four passes defensed.

The Raiders have had only one sack from a linebacker over the past two seasons.