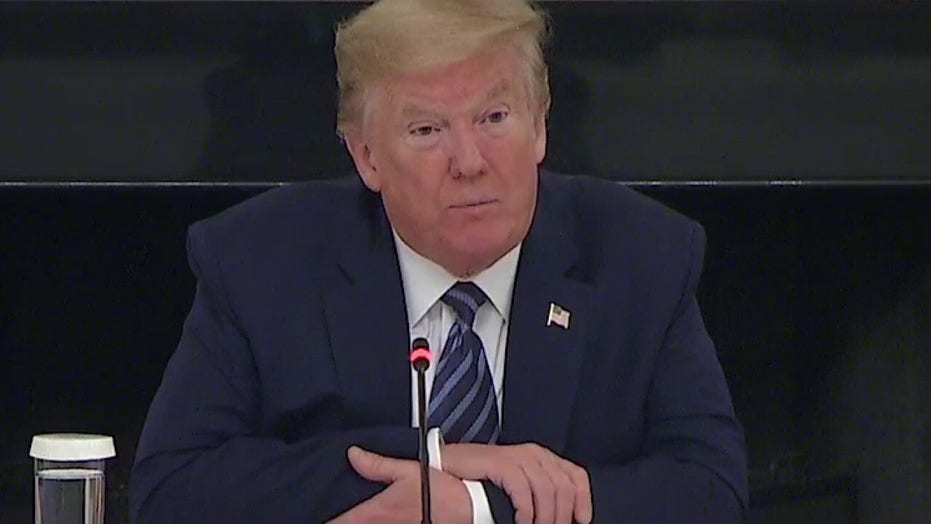 President Trump congratulated the UFC for resuming sports on Saturday night after nearly two months of no entertainment for fans.

A prerecorded message from Trump played during ESPN’s broadcast of UFC 249, which took place in a fanless arena in Jacksonville.

“I want to congratulate (UFC President) Dana White and the UFC,” Trump said. “They’re going to have a big match. We love it. We think it’s important. Get the sports leagues back. Let’s play. Do the social distancing and whatever else you have to do. We need sports. We want our sports back. Congratulations to Dana White and UFC.”

UFC 249 was the first major sporting event to take place since the coronavirus pandemic shut down the country for close to two months ago. The event originally was supposed to take place on April 18 in New York, but it was postponed in an effort to help slow the spread of the virus.

UFC'S RETURN COULD PROVIDE BLUEPRINT FOR OTHER PRO LEAGUES

The UFC is set to have three shows in eight days in Jacksonville, where state officials considered professional sports with a national audience as long as “the location is closed to the general public.”

White previously said Trump wanted the event to serve as a blueprint for the return of live sports.

He went with Jacksonville as the location for at least a week, where there were no fans and social-distancing guidelines were strictly in place. Judges and broadcasters sat separately, and fighters, trainers, referees, judges, UFC staff and outside media all had to undergo coronavirus testing to get inside Veterans Memorial Arena.

Many people in attendance wore masks and gloves, but referees, ring announcer Bruce Buffer and the ring girl were unmasked. Workers cleaned the cage floor between fights and wiped down the padded parts of the octagon between each round.