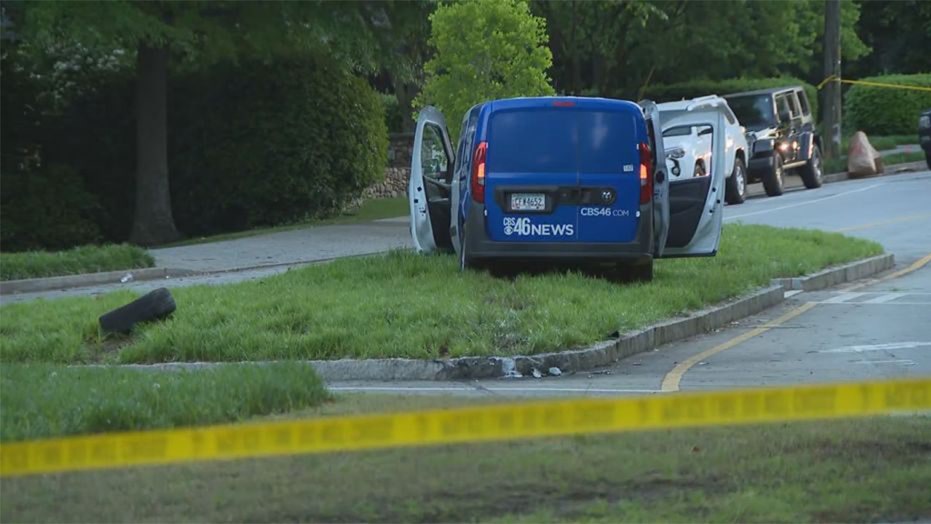 A pregnant woman allegedly carjacked a news van in Atlanta on Tuesday — with a pregnant reporter inside, police said.

Iyani Hughes, a journalist with CBS 46, was editing video in the back of her idling news van when the suspect allegedly crashed her own car into the gate of an apartment complex nearby, according to Fox 5.

The suspect, identified as 38-year-old Seniqua Lunsford, saw the running news van, got in and took off, AJC reported.

Hughes shouted for help and for the carjacker to stop. But the van kept going — so she buckled up.

“She did the smart thing,” Atlanta Police spokesman Steve Avery told local media. “She got into her seat and put her seat belt on.”

Officers responding to the first crash heard the commotion and began pursuit. Lunsford allegedly fled for about a mile and then crashed again on the side of the road in Ansley Park.

Lunsford reportedly tried to flee on foot after the second crash, but police arrested her immediately, according to Fox 5. Responding officers said she was behaving erratically, and Avery said a determination had not been made as to whether she is mentally ill or was under the influence of drugs.

“The reporter is unhurt,” Avery said. “The suspect in this case has apparently injured her arm.” 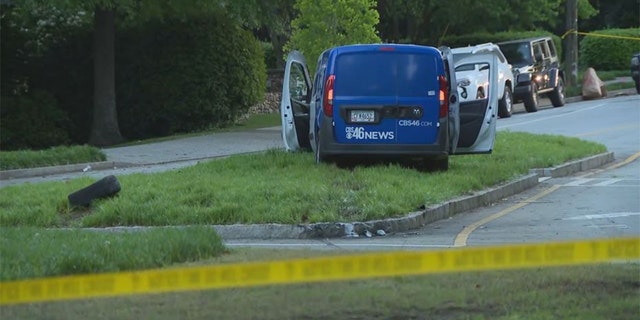 Iyani Hughes, a journalist with CBS 46, was editing video in the back of her idling news van when the suspect allegedly crashed her own car into the gate of an apartment complex nearby, according to Fox 5. (Credit: WAGA)

He said police weren’t sure whether the injury happened during the first crash or the second.

And he said police would charge Lunsford with kidnapping “at the very least.”

The carjacking happened just a day after Hughes had been reporting on another freak accident, according to her Twitter feed — a tree crashed through the roof of a Cartersville home and killed a 34-year-old man sleeping inside.

NFL Hall of Famer Jack Youngblood on ‘virtual’ draft due to COVID: ‘Maybe it will make them work harder’

Is Britain Undercounting the Human and Economic Toll of Coronavirus?

Is Britain Undercounting the Human and Economic Toll of Coronavirus?