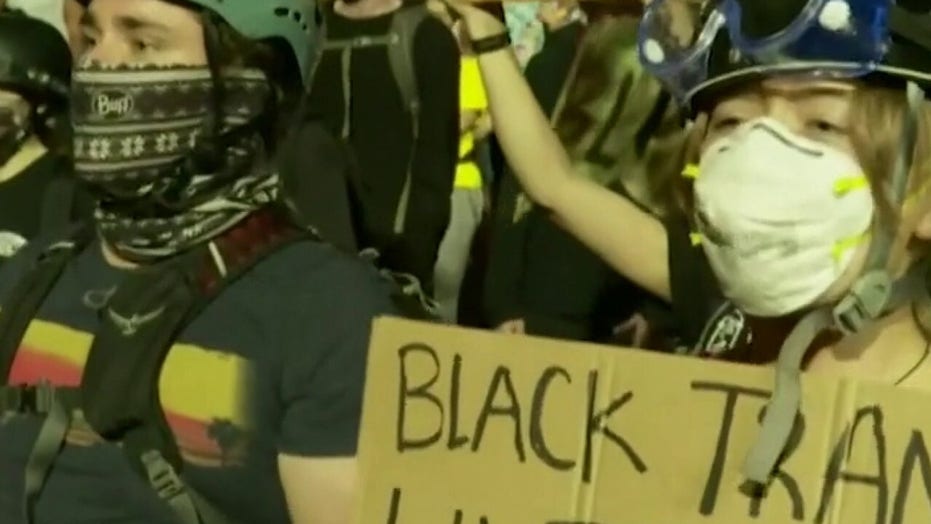 More than 150 rounds were fired during a Friday night shooting at an apartment building in Portland; Dan Springer has the latest.

A 15-year-old boy was arrested in Portland after he allegedly pointed a realistic-looking fake gun at a crowd late Monday night — just over a block from the federal courthouse where protesters have gathered for several weeks, police said Tuesday morning.

The teen, whose name was not released, was spotted around 10 p.m. Monday “pointing a handgun at people” near Southwest 4th Avenue and Southwest Taylor Street, Portland Police said in a Tuesday press release.

PORTLAND MAN, 18, CHARGED WITH ASSAULTING US MARSHAL DURING COURTHOUSE PROTEST

The situation escalated as Oregon State Police tried to take him into custody, with a crowd forming around the officers. Police called for backup to handle crowd control, but the additional officers encountered an allegedly violent group. Someone from the crowd threw a glass object at a state trooper’s head, causing the item to shatter upon impact, police said.

In all, three troopers reported minor injuries as a result of the confrontation.

Police later determined that the gun recovered from the 15-year-old was a replica. He was also allegedly found to be in possession of a knife and metal knuckles.

The teen was released to his parents after the arrest, police said. A prosecutor will determine his charges.

The run-in between police and the crowd was reported just one-tenth of a mile from the Mark O. Hatfield Courthouse. 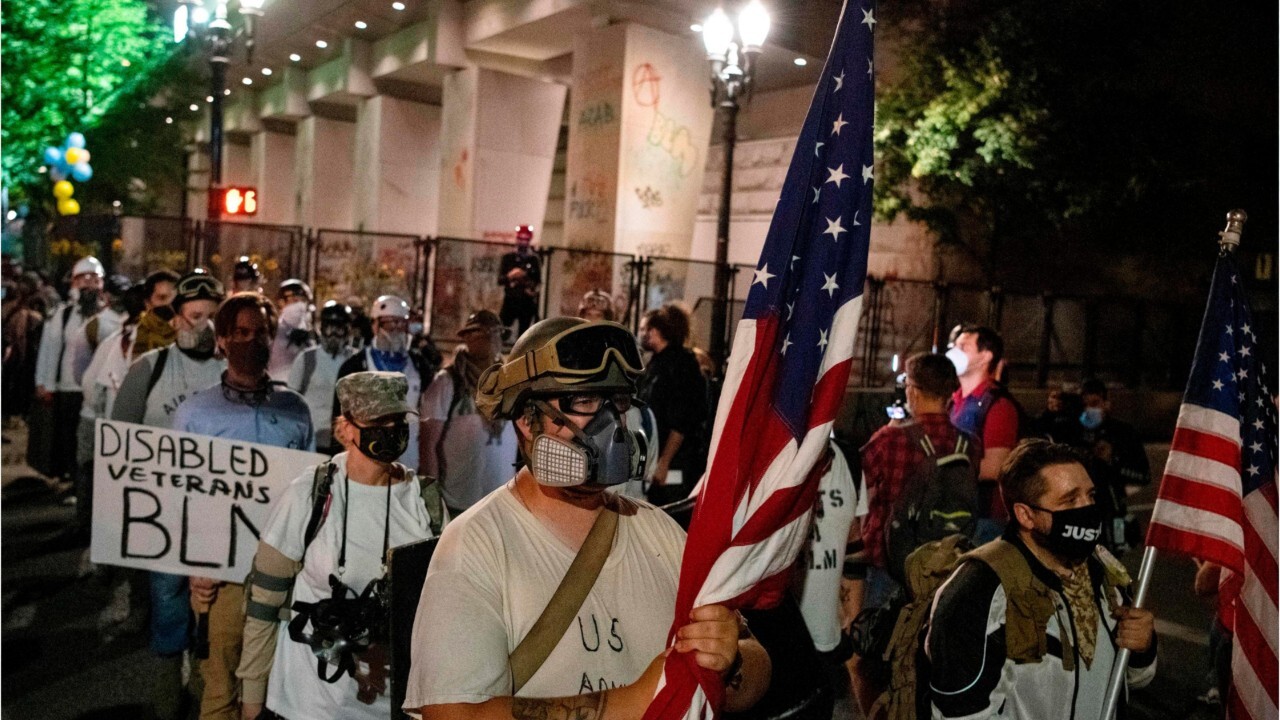 The federal courthouse had become ground zero in clashes between demonstrators and federal agents. The U.S. government began drawing down its forces under a deal between Democratic Gov. Kate Brown and the Trump administration.

Portland had seen more than two months of often violent demonstrations following the death of George Floyd in Minneapolis. In early July, President Trump sent more federal agents to the city to protect the federal courthouse, but local officials said their presence made things worse.

Agents from U.S. Customs and Border Protection (CBP), the U.S. Marshals Service and Immigration and Customs Enforcement pulled back at the end of last week, and troopers with the Oregon State Police took over.