Archbishop Wilton Gregory, 72, previously served as archbishop of Atlanta from 2005 through part of 2019, after which he was named to the post in Washington, D.C., the Atlanta Journal-Constitution reported.

After only a year in his new post, he will now be elevated to one of the highest ranks in the Catholic Church. His appointment, along with the other dozen appointees named by the pope on Sunday, will take effect following a ceremony on Nov. 28.

Gregory’s appointment follows a tradition of Washington archbishops receiving appointments since it became an independent diocese in 1947, the Wall Street Journal reported. Gregory was hand-picked by the pope to lead the diocese. 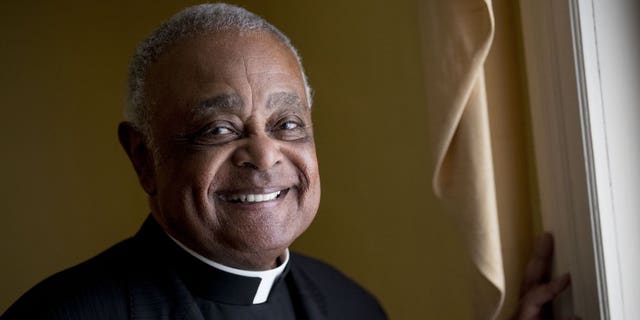 FILE – This Sunday, June 2, 2019, file photo shows Washington D.C. Archbishop Wilton Gregory posed for a portrait following mass at St. Augustine Church in Washington. Pope Francis has named 13 new cardinals, including Washington D.C. Archbishop Wilton Gregory, who would become the first Black U.S. prelate to earn the coveted red cap. In a surprise announcement from his studio window to faithful standing below in St. Peter’s Square, Sunday, Oct. 25, 2020, Francis said the churchmen would be elevated to a cardinal’s rank in a ceremony on Nov. 28. (AP Photo/Andrew Harnik, File)

Gregory is most famous for helping guide the church through its sexual abuse crisis in the early 2000s.

His elevation coincides with a year in which racial injustice has taken the international spotlight, with international protests against police brutality and an elevated platform for the Black Lives Matter movement.

Gregory himself has spoken out a number of times on racial issues. Following the death of George Floyd while in police custody in Minneapolis in May, the archbishop said the “incident reveals the virus of racism among us once again even as we continue to cope with the coronavirus pandemic.”

A native of Chicago, Gregory was ordained in 1973. He served as the president of the U.S. Conference of Catholic Bishops from 2001 to 2004.

His tenure oversaw the introduction of the “Charter for the Protection of Children and Young People,” which set out a guideline for addressing allegations of sexual abuse within the Catholic Church.

Others receiving the honor include a Maltese prelate, Monsignor Mario Grech; Monsignor Marcello Semeraro, an Italian serving as prefect of the Vatican office which runs the saint-making process; Bishop Cornelius Sim, a Brunei native who serves as apostolic vicar of Brunei; the Italian archbishop of Siena and nearby towns in Tuscany, Augusto Lojudice; the retired bishop of San Cristobal de las Casas, Mexico, Monsignor Felipe Arizmendi Esquivel; and an Italian former Vatican diplomat, Archbishop Silvano Tomasi.

Gregory will be eligible to vote in a conclave for a future pope, as he is under 80. Eight of his fellow newly appointed cardinals will be able to join him.

Pope Francis will have selected 57% of the cardinals who will select his successor.