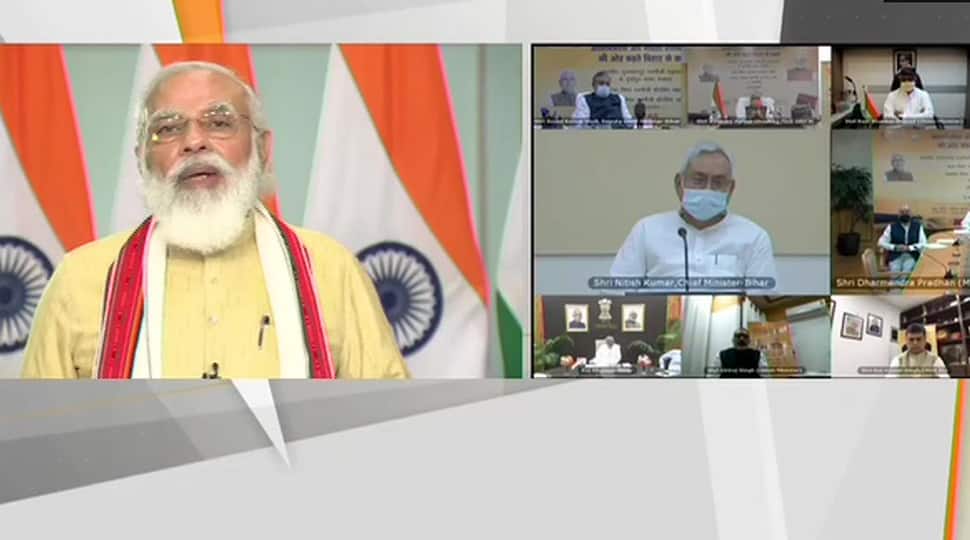 The projects include the Durgapur-Banka section of the Paradip-Haldia-Durgapur pipeline project and two LPG bottling plants. The prime minister said that the package which was approved by his government for Bihar included 10 big projects related to petroleum and gas and the Centre was committed to spend Rs 21,000 crore on these projects. PM Modi added that seven out of 10 projects have been completed.

"In the last 15 years, Bihar has shown that development happens with the right government, decisions, & policies, and also reaches everyone. We are working for the growth of all sectors in Bihar," said PM Modi.

The prime minister lauded Bihar Chief Minister Nitish Kumar and said that he "played a big role for a new India and a new Bihar". "Bihar was behind in terms of development for many years — politics, cash crunch were some of the reasons," PM Modi said.

"There was a time when road connectivity, internet connectivity were not discussed. Being landlocked state, Bihar faced many challenges… Nitish Kumar has played a big role in our aim towards a New India, New Bihar," he added.

It is to be noted that CM Nitish Kumar is the face of BJP-led NDA coalition government in Bihar.

The 193-km long Durgapur-Banka pipeline section, built by state-owned Indian Oil Corp (IOC), is a part of the Paradip-Haldia-Durgapur Pipeline Augmentation Project, for which the foundation stone was laid by the Prime Minister on February 17, 2019. Durgapur-Banka section is the extension of the existing 679-km long Paradip-Haldia-Durgapur LPG pipeline to the new LPG bottling plant at Banka in Bihar.