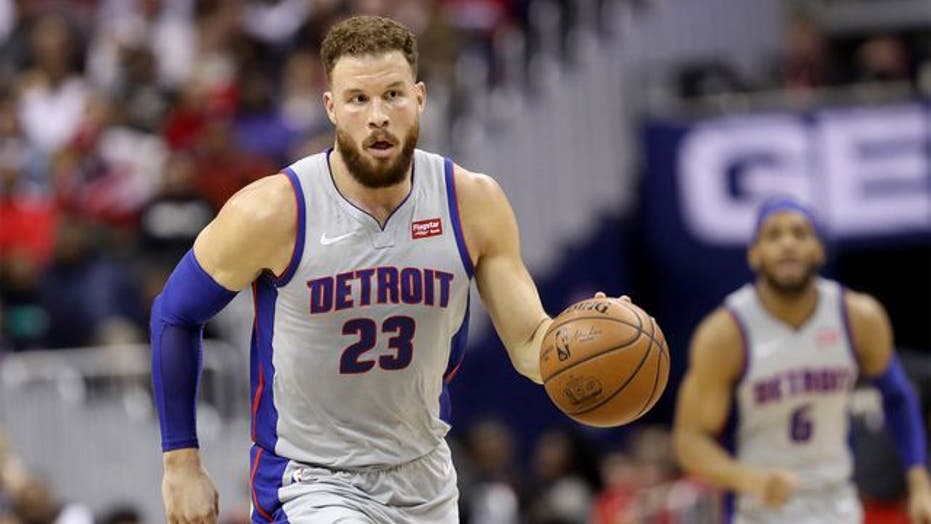 Blake Griffin’s season may have been over after suffering a knee injury earlier in the year but with the coronavirus pandemic putting the season on hold, the Detroit Pistons star said Monday he is ready to play.

Griffin appeared on “The Encore” and told host Sage Steele he will be back to full strength should the NBA start its season again and the Pistons are included in those plans.

“I feel great. I've basically been cleared for a while now, I've just been stuck at my house,” Griffin said. “I'm ready to go whenever things pick back up.”

The Pistons announced in January that Griffin was going to be out indefinitely after having surgery on his left knee. He was set to have an extended rehabilitation period with no timetable for his return.

Griffin was averaging 15.5 points and 4.7 rebounds per game in 18 games for the Pistons during the 2019-20 season. It would have been the first time he’s played fewer than 30 games since the 2015-16 season when he was with the Los Angeles Clippers.

Detroit was 20-46 and in the lower half of the Eastern Conference when the league stopped play on March 11. The team was likely going to miss the playoffs.

It’s unclear if the NBA will start its season again.