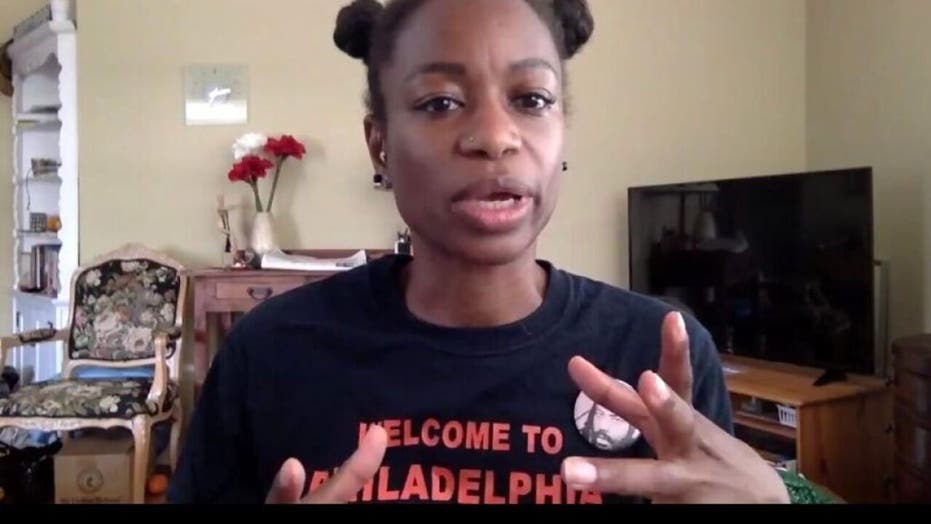 A leader of Black Lives Matter Philadelphia explains where police funds should be shifted and diverted to community programs instead.

The City of Brotherly Love is this year living up to its unfortunate nickname:“Filthadelphia.”

Residents of Philadelphia can now see and smell piles of fly-infested, rotting household waste, bottles and cans as the city struggles to overcome a surge in garbage caused by the COVID-19 pandemic.

“It’s just the smell of rot,” said James Gitto, president of the West Passyunk neighborhood association in South Philadelphia, told The Associated Press. Gitto said the situation devolved through July into “a total mess” and he hired a private recycling company to haul away his bottles and cans.

Poverty and litter often go hand in hand, and in the nation’s poorest big city, the sanitation department has been short-handed and overworked. The city’s 311 complaint line received more than 9,700 calls about trash and recycling in July, compared with 1,873 in February. 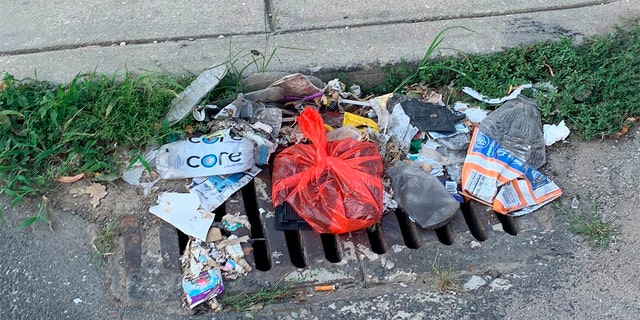 Trash rests on a street Tuesday, July 28, 2020, in Philadelphia. The COVID-19 pandemic has frustrated efforts to keep Philadelphia's streets clear of garbage this summer. (Kara Kneidl via AP)

Faced with social distancing restrictions, residents are staying home and generating more trash than ever before — about a 30 percent increase in residential trash collections, said Streets Commissioner Carlton Williams.

People are cleaning out garages and attics, Williams said. That’s in addition to household trash that has increased as more people cook at home or bring home takeout from restaurants that have not yet fully opened. His department also has had to clean up after protests over racial injustice. 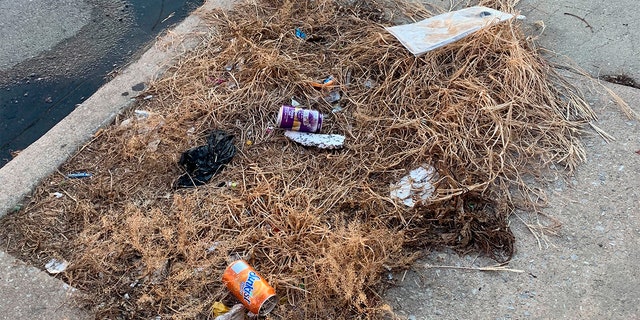 Trash rests on a street Tuesday, July 28, 2020, in the Kensington neighborhood of Philadelphia. (Kara Kneidl via AP)

Thanks to COVID-19, there are fewer sanitation workers, and staffing has been varied since some workers have to quarantine if another crew member tests positive, Williams explained.

“If they say it’s going to be two days late, you can deal with that. But if you don’t know when it’s going to be picked up, you have to put it out so that it’s there when they come, and that’s the problem if it’s left out there for days and days and days,” said Jacqui Bowman, who lives in the University City neighborhood.

Bowman had to wait nearly three weeks for her trash to be removed — after it sat in the scorching heat and was drenched by a thunderstorm. It was only taken away after she complained to a city council member on social media and posted pictures of the trash heap. 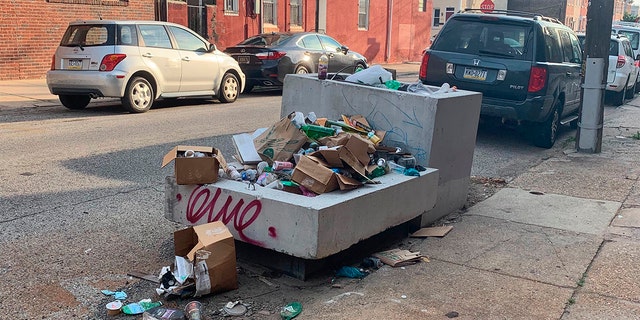 Trash rests piled up on a street Monday, July 27, 2020, in Philadelphia. The COVID-19 pandemic has frustrated efforts to keep Philadelphia's streets clear of garbage this summer. (Kara Kneidl via AP)

Recycling collection was suspended on Monday and Tuesday this week so crews could focus just on trash. City residents were told to place recyclables out the following week and were encouraged to use six sanitation centers throughout the city as well. 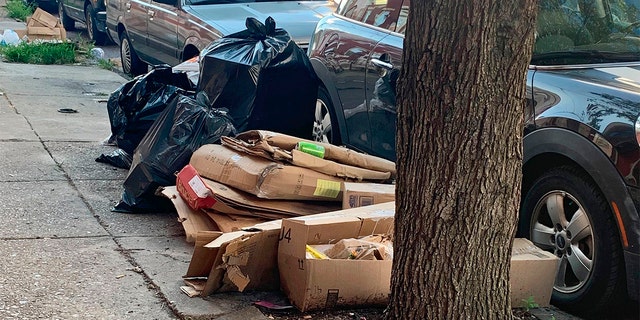 Trash rests piled up on a street Tuesday, July 28, 2020, in the Kensington neighborhood of Philadelphia. (Kara Kneidl via AP)

Williams said the increase in trash was costing the city an extra $2.5 million to $3 million in disposal costs.

Officials hope to increase the administration's workforce with new hires in August.