Pennsylvania Republicans push to reopen some businesses, with protest over stay-at-home order plannedclose 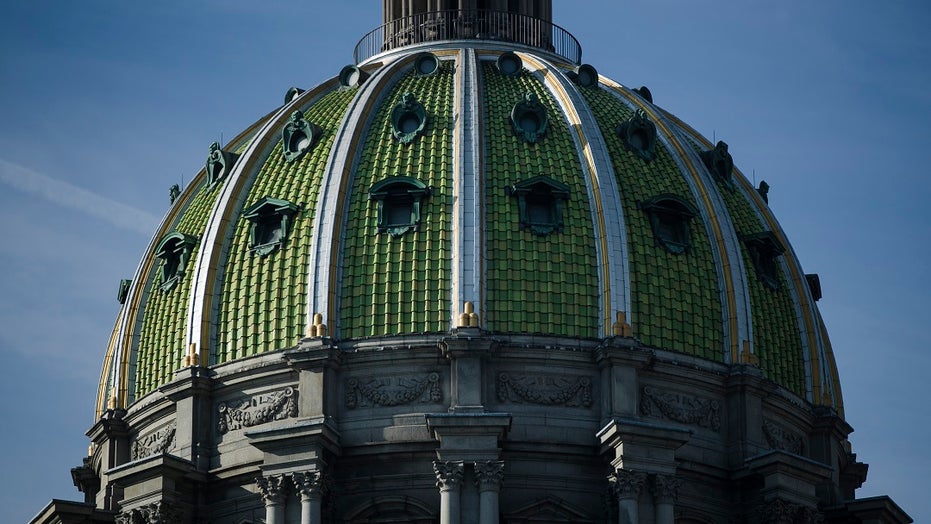 Lawmakers in Pennsylvania passed a bill Wednesday that would allow nonessential businesses to open during the coronavirus pandemic if they can follow the CDC’s social-distancing guidelines.

The state legislature sent the bill to Gov. Tom Wolf, a Democrat, to pressure him to reopen the economy. The House bill passed in the state’s Senate along party lines. Wolf declined to answer whether he would veto or sign the bill, but on Tuesday, he said he would consider the legislation if it made it to his desk.

If Wolf takes the advice of Democratic leaders and vetoes the bill, state Republicans do not have enough members to counter his decision.

"If we don't do this right, the economy is going to be in worse shape than it is now," Wolf said. All nonessential brick-and-mortar businesses have been closed since March 19.

FAUCI NEEDS TO 'MOVE ALONG' SO US MAY REOPEN ECONOMY AGAIN, US REP SAYS

“Businesses need predictability and if we don’t start putting in or implementing a plan, it’s really going to cause more damage than necessary,” state Rep. Josh Kail told KDKA radio.

A waiver process was set up for businesses that believed they should be deemed essential and be allowed to reopen during the pandemic, but some argue a lack of fairness and clarity.

For example, a $325 million construction project for an office and hotel complex was allowed to continue work through a waiver, but a housing project in Philadelphia was not granted a waiver.

On Monday, April 20, thousands plan to protest in front of the State Capitol building in Harrisburg against lockdown restrictions being extended beyond May 1. The protest was organized by activist groups ReOpen PA, End The Lockdown PA and Pennsylvanians Against Excessive Quarantine. The organizations, formed in the last five days, have amassed over 10,000 members.

"Government mandating sick people to stay home is called quarantine. However, the government mandating healthy citizens to stay home, forcing businesses and churches to close is called tyranny," Pennsylvanians Against Excessive Quarantine argued in a statement. "Business owners are being forced to layoff employees while the unemployment system is failing those laid off as the economy freefalls."

Pennsylvania will have endured seven weeks of quarantine by May 1, the statement added, calling an extension "unsustainable."

"Opioid deaths increase 3.6 percent for every 1 percent unemployment rises, as child abuse and domestic violence have spiked along with mental health ailments. It is time to roll back these restrictions," the statement read, as WHTM reported.