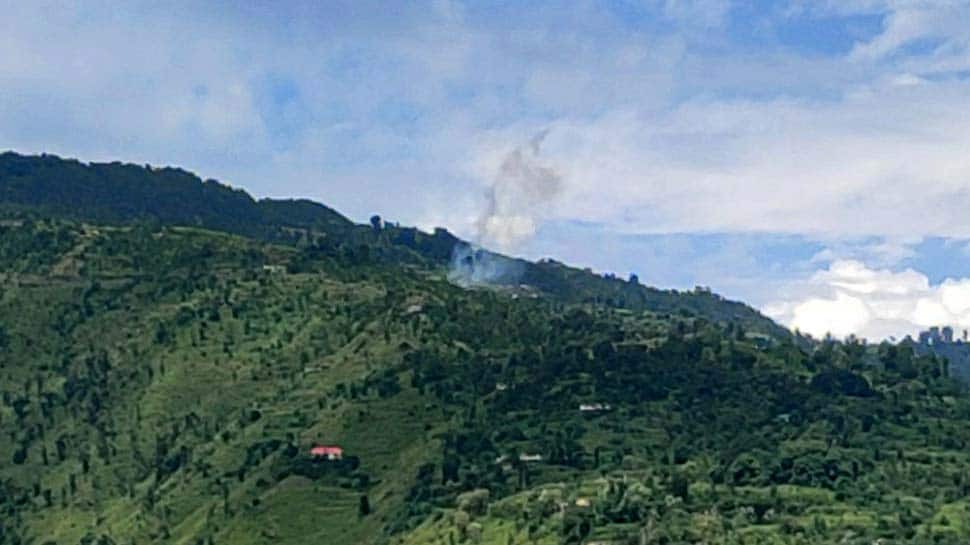 Pakistan on Wednesday violated ceasefire along the Line of Control (LoC) in Bandipora district of Jammu and Kashmir, a day after security forces foiled an infiltration bid. The Pakistani Army resorted to unprovoked firing in forward areas in Gurez sector of the district of north Kashmir.

Pakistani troops targeted forward posts of the area with mortars and other weapons at around 11.30 am, according to a police official. The shelling targeted forward defence locations in Bagtore area of Gurez sector.

A police official said, “Ceasefire violation happened in Gurez”, adding the “Pakistan Army started an unprovoked ceasefire violation (CFV) along the Line of control in Bagtore area of Gurez, by resorting to unprovoked firing of mortars and other weapons at around 11:30 am today. Shelling targeted forward defence locations in Bagtore area of Gurez sector.”

He added that the Indian Army was giving a strong and befitting response. Heavy shelling was still going on from both sides when last reports came in. There was no immediate report of any causalities, said the official.

The official added, “Indian Army personnel giving a strong and befitting response to. Heavy shelling still going on from both sides. however, there was no immediate report of any causalities."

On September 15, an infiltration bid was also foiled by alert security forces in the same sector. Security forces acted on specific inputs and launched search operations in forward areas of LoC during which suspicious movement was detected by forces. The suspected terrorists opened fire on the security forces before running away from the area.

Security forces have recovered a huge amount of arms and ammunition from the spot. The recovered items include one assault rifle with four magazines and 135 rounds, three pistols with 5 magazines and 120 rounds, one GPS set and four rucksacks. Search operations are still going on in the area.

Meanwhile, the Border Security Force (BSF) has foiled an infiltration bid by five terrorists from the Pakistan side in Jammu and Kashmir's Samba on the intervening night of September 14-15. As per the reports, the movement of a group of five terrorists was noticed in Pakistan side of International Boundary of Samba sector which was tracked by the BSF troops.

"At about 0030 hours, the group of heavily armed five terrorists were seen by BSF troops close to International Boundary on Pakistan side where they reached taking advantage of undulating ground and thick wild growth," said the BSF.

On September 15, an Indian Army jawan was martyred and two others, including an officer, were injured when Pakistani troops violated ceasefire in Rajouri district. In the afternoon hours, the Pakistani Army initiated unprovoked ceasefire violation by firing with small arms and intense shelling with mortars along LoC in Sunderbani sector of the district. The Indian Army retaliated befittingly. The officer, along with another soldier, is undergoing treatment at the military hospital, sources told news agency PTI.

Appropriate retaliation to the ceasefire violations, as required, has been carried out by the Indian Army and the BSF. In addition, all the cases of ceasefire violations are taken up with Pakistan authorities through the established mechanisms of hotlines, flag meetings, Directorate General of Military Operations talks as well as diplomatic channels between the two countries.

Minister of State for Defence Shripad Naik said, replying to a question in the Rajya Sabha had said, "Appropriate retaliation to the ceasefire violations, as required, has been carried out by Indian Army/BSF."

Notwithstanding the coronavirus pandemic in the region, Pakistan has been resorting to unprovoked ceasefire violations along the LoC and making concerted efforts to push terrorists into Kashmir. The Pakistani hostilities increased after India announced its decision to withdraw the special status of Jammu and Kashmir and bifurcate the state into two union territories in August 2019. The Pakistan Army resorts to border shelling as a cover to help Pakistan-based terrorists infiltrate into Kashmir, according to Army officials.