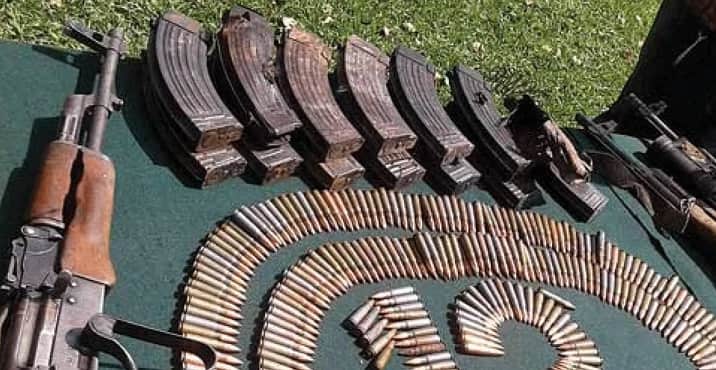 New Delhi: Pakistan has adopted a new strategy to smuggle arms ammunition in Jammu and Kashmir as Indian security forces have maintained a strict vigil on the Line of Control, killing terrorists who were trying to infiltrate into the valley. The continuous pressure has created a problem for the handlers sitting in Pakistan as they are unable to get new recruits to spread terror.

Pakistan has now decided to smuggle ammunition near the border areas by throwing weapons down the hill to overcome the shortage of weapons for the terrorists hiding in the valley.

Security forces recently recovered a cache of arms and ammunition along the Line of Control. This means that people across the border are unable to make infiltrations, therefore, weapons are being dumped near the LOC. This has led to an increase in the movement on the launch pads across the border.

Supporters of terrorists in Kashmir are aware of such consignments of weapons, which lift them secretly and carry them to the active militants in the valley. After this disclosure, strict monitoring is being maintained on the movement of local citizens in the areas adjacent to the Line of Control.

Last week, three big caches of arms and ammunition have been caught from Baramulla and Kupwara in North Kashmir. This also included modern weapons. The security forces have gathered inputs that a lot of weapons and ammunition is still being dumped that is being searched.

According to Abdul Qayoom, SSP of Bermulha, not a single attempt of infiltration has been successful for the past one and a half years. That is why the terrorists hiding in the country have a shortage of weapons, and to meet their expectations, drones are being employed to deliver these weapons to them.

It is worth mentioning that two drones carrying weapons in Jammu and Kashmir were shot down by the security forces. At the same time, efforts to transport arms from Poonch and Rajouri border areas are also going on from Pakistan.

Two days ago, a truck near Jawahar Tunnel in Kulgam in South Kashmir was caught with a huge amount of arms and ammunition was caught. DIG, Southern Kashmir, Atul Goyal is of the opinion that the captured weapons must have been sent to local terrorists who are new recruits.

Notably, the security forces have carried out successful anti-terror operations in the Kashmir Valley, and so far killed around 160 terrorists in this year. This included 28 terrorist commanders from various terrorist organizations. Security forces have also managed to bring as many as 16 youths back to the mainstream of life.