New Delhi: Indian Navy ship INS Shardul evacuated 233 Indian nationals who were stranded in Iran due to coronavirus pandemic. The ship entered Porbander harbour on Friday (June 12, 2020) who after it left the Bandar Abbas port in Iran.

On their arrival to Porbander, the Indian nationals were received by personnel from the Indian Navy, state authorities and police. All arrangements including a screening zone, a sanitisation zone, availability of ambulances and buses for transport were put in place at the port. 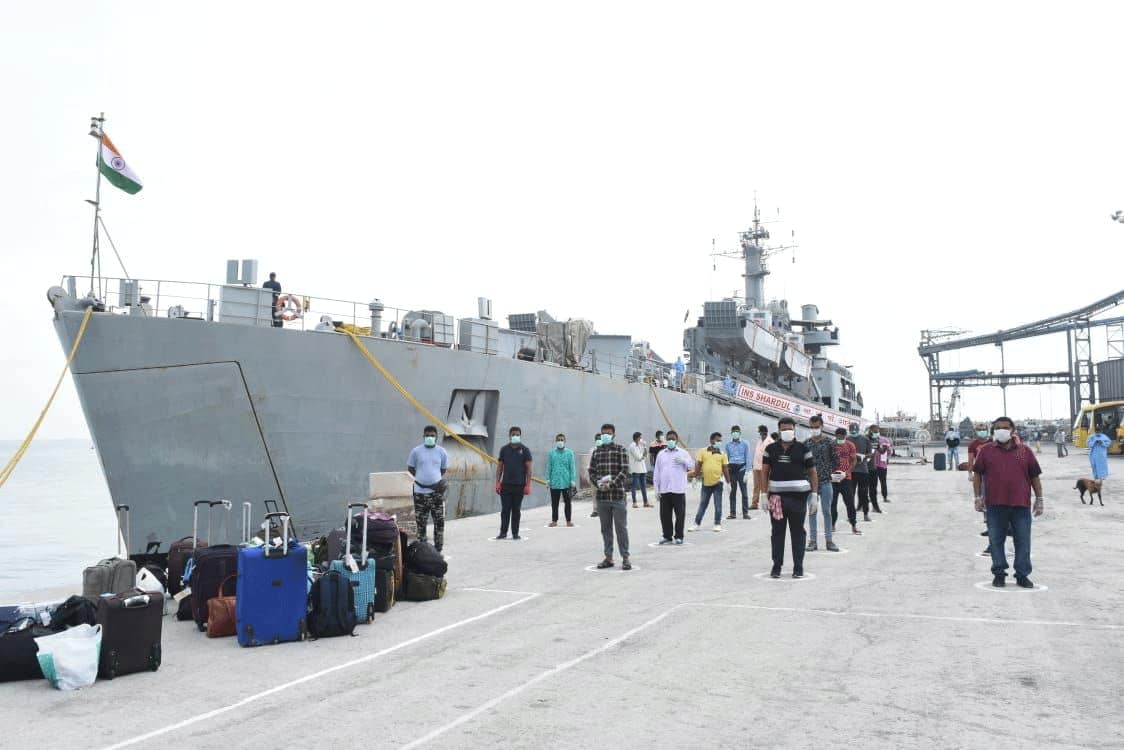 The evacuees were disembarked and were taken for medical screening at the jetty followed by customs clearance and other formalities. The evacuees thereafter boarded buses arranged to take them to the designated quarantine zones. State and District wise details of the evacuees had already been forwarded to the administration beforehand.

Op Samudra Setu is the Indian Navy's contribution to the government of India's national efforts to facilitate return of Indian citizens from foreign shores.