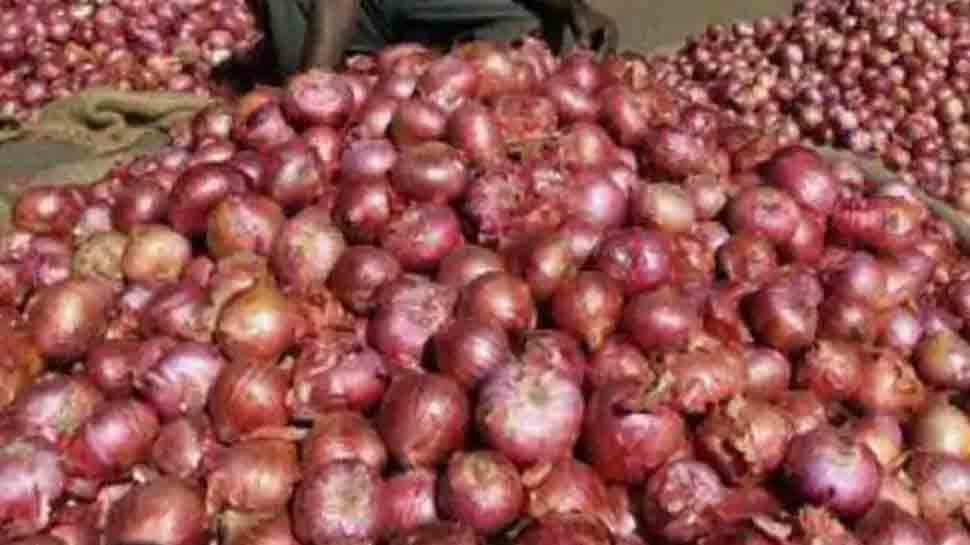 NEW DELHI: Wholesale onion prices fell by up to Rs 10 per kg in key consuming markets such as Delhi, Mumbai and Chennai with increase in arrival of the perishable commodity after the government imposed stock limits on traders to check hoarding and price rise, government data showed.

Onion prices showed a declining trend even in producing areas. For instance, in Lasalgaon in Maharashtra, Asia's largest wholesale onion market, onion prices dropped by Rs 5 per kg to Rs 51 per kg in just one day after the government's order on stock limits.

Similarly, the rates in Mumbai, Bengaluru and Bhopal too fell by Rs 5-6 per kg to Rs 70 per kg, Rs 64 per kg and 40 per kg, respectively, in just one day, the data showed.

The prices dropped following some improvement in daily arrival of onion in these consuming markets.

According to the data, the daily arrival in Delhi's Azadpur mandi, the world's largest vegetable market, increased to over 530 tonnes, while it improved to 1,560 tonnes from 885 tonnes in Mumbai.

However, in cities such as Luckdown, Bhopal, Ahmedabad, Amritsar, Kolkata and Pune, the arrivals are yet to increase .

On October 23, the government had invoked the Essential Commodities Amendment Act and imposed stock limits of 2 tonnes for retailers and 25 tonnes for wholesalers till December 31 in order to check hoarding and cool down prices which have touched Rs 100/kg in some retail markets.

"The improvement in arrival shows that some traders were hoarding and have started offloading it on fear of action. The other reason is that onion is a perishable commodity and one cannot hold it for long, especially in areas facing heaving rainfall," a senior government official said.

The government has also taken several measures to boost domestic availability and check price rise. It has banned exports and relaxed norms for import of the commodity.

Besides, the government is releasing onion from its buffer stock in retail market and key mandis to provide relief to consumers from price rise.

Onion prices have come under pressure due to heavy rainfall in key growing states of Maharashtra, Karnataka and Andhra Pradesh that has damaged the standing kharif crop, which is expected to hit mandis from next month.

The government is estimating about 6 lakh tonnes fall in onion production to 37 lakh tonnes this kharif season.