Operation Legend is a Department of Justice initiative to combat the surge of violent crime in cities.

The Oakland, Calif., City Council approved a resolution Tuesday to keep the city "safe from President Trump's federal agents" as backlash over the presence of federal forces deployed to major cities continues.

The unanimous vote was taken during the council's virtual special meeting. The legislation cited the ongoing protests in Portland, Ore., where protesters and authorities have violently clashed for weeks. 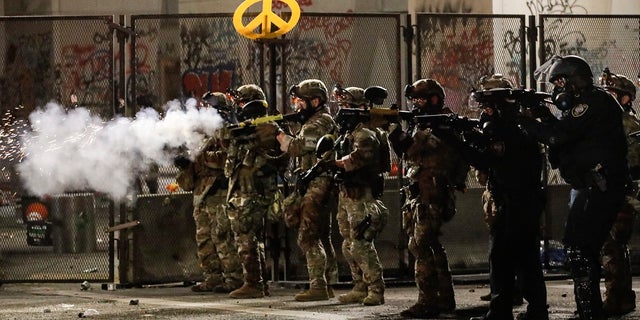 The measures direct the council to take any lawful steps to prevent Trump from deploying federal agents to the city.

"That won't quell or suppress a riot or something like that, it would actually incite one, so it's for everybody's benefit for this not to happen," one council member said, according to KGO-TV. 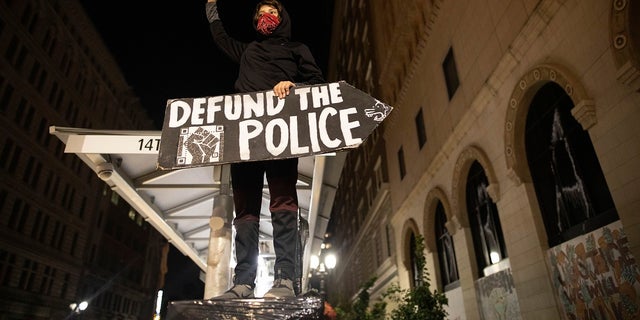 A protester holds a sign calling for the defunding of police at a protest on Saturday in Oakland, Calif. (AP Photo/Christian Monterrosa)

On Wednesday, the Justice Department announced the expansion of Operation Legend, which the agency says will help local police combat violent crime in various cities, to Cleveland, Detroit and Milwaukee.

The council also unanimously passed a measure to form a task force with the goal of defunding the police department by half over two years. The funds would be diverted to programs to address housing, homelessness and health care.

Val Demings is on Biden’s VP List. Will Her Police Career Hurt or Help?

Val Demings is on Biden’s VP List. Will Her Police Career Hurt or Help?