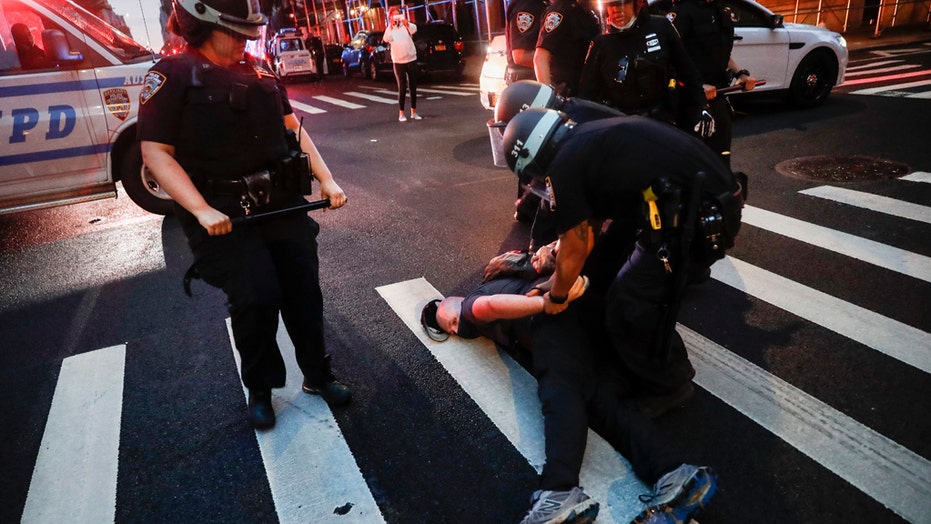 The Manhattan district attorney and his counterparts in Brooklyn, Queens and the Bronx saw NYPD cops pulled from their offices after declining to prosecute George Floyd protesters arrested on minor charges, according to a report.

Police Commissioner Dermot Shea said his decision to remove those officers was unrelated to the prosecutors’ decisions, The New York Times reported Monday.

Shea told the paper resources were pulled from the entire department to cover the protests.

Still, some DA employees viewed the episode as emblematic of a growing divide between the police and most of the city’s district attorneys over how to address public outrage about racial disparities that pervade the criminal justice system, the Times reported. 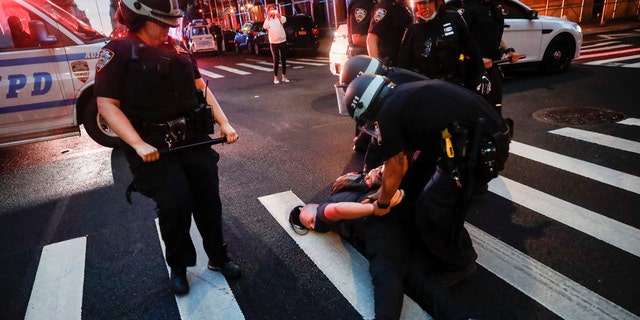 A protester is arrested by NYPD officers on Park Avenue after violating curfew June 5, in the Manhattan borough of New York. Protests continued following the death of George Floyd who died after being restrained by Minneapolis police officers on May 25. (AP Photo/John Minchillo)

Last week, Manhattan DA Cy Vance said his office wouldn’t prosecute those demonstrating against police brutality who had been arrested for unlawful assembly, disorderly conduct and “other protest-related charges where appropriate.”

Dozens of NYPD officers are assigned to his office and the offices of the other DAs.

The Times reported that during an interview, Shea denied that police leadership and the district attorneys were at odds.

He told the paper for the last six years the department also has been steadily shifting its strategies, though, he added, “maybe not as fast as some people like.”

“Are we always in lock step? No,” he said, according to the paper. “We’re human beings and from different agencies.” Still, he noted arrests and summonses have been cut dramatically over the years, and officers have been focused on violent crimes rather than minor offenses. 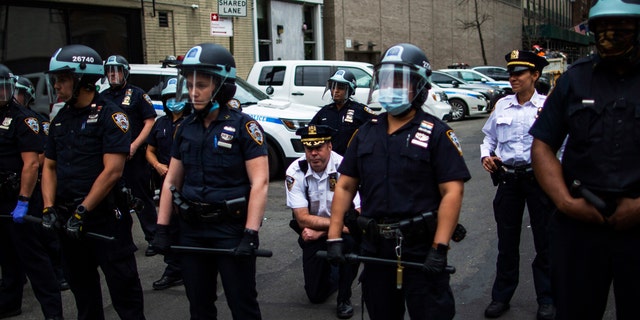 NYPD Deputy Chief McCarthy takes a knee near protesters and other officers as they take part in a march for George Floyd, Tuesday, June 2, 2020, in New York. Floyd died after being restrained by Minneapolis police officers on May 25.Ê(AP Photo/Eduardo Munoz Alvarez)

But some senior police commanders were furious about some district attorneys’ decisions not to prosecute, the paper reported, quoting people familiar with the matter.

Police union leaders accused some of the prosecutors of caving in to public pressure and picking which laws they wanted to enforce, according to the paper.

“It is a dereliction of duty to their oath of office,” said Edward Mullins, president of the Sergeants Benevolent Association. “More important than undercutting the work of the N.Y.P.D., it is undercutting public safety.”

Texas woman wanted in husband’s 2013 killing caught at US border after 7 years on run, officials say

Texas woman wanted in husband’s 2013 killing caught at US border after 7 years on run, officials say