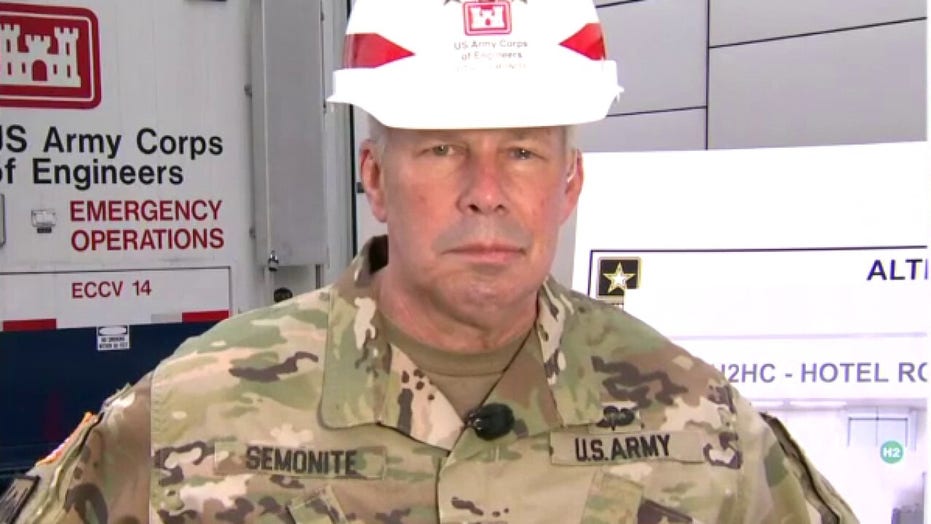 Lieutenant General Todd Semonite, commanding general of the U.S. Army Corps of Engineers, speaks out from NYC's Javits Center on efforts to transfer non-COVID-19 patients from hospitals to makeshift facilities.

A New York City hotel has been handing out food to homeless people in midtown, Fox News has learned.

The midtown hotel, which asked to remain unnamed, is a Marriott hotel operated by Stonebridge Companies.

In New York, hotels are housing surge workers to bolster efforts to combat the coronavirus outbreak, including healthcare workers and military personnel. The hotels are busy, but not nearly full.

As such, the hotels end up with leftover food that would normally be disposed of before it can spoil.

Instead of dumping the leftovers, the hotel employees took the food and carried it around the area, offering what they had to anyone who needed it.

“We thought that it would be something good to give the food to the panhandlers around,” said Adam, a worker at the hotel’s Bell Desk. “We felt bad for the panhandlers who are going short with no one else around.”

PHOTOS: EMPTY STREETS AMID CORONAVIRUS FEARS IN US CITIES

Midtown is not nearly as busy as it would otherwise be: Penn Station is seeing only a fraction of its usual foot traffic, with most people telecommuting for work. As such, the homeless population in the area has struggled for food.

When asked whether it was something that corporate asked them to do, Adam insisted it was not. 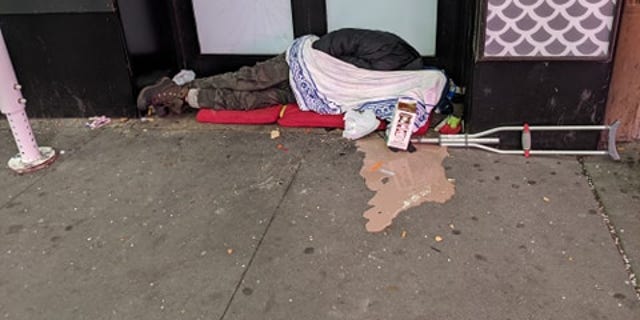 A homeless man across from Penn Station, completely ignored.

Chris Manley, the C.O.O. of Stonebridge Companies, confirmed that it was a decision the employees took on their own.

“It was a decision by the employees at the front desk. We didn’t do it for any publicity,” Manley said.

“As far as I’m aware, it was a one-time thing,” Manley said.

The employees indicated it was something that they had done on more than one occasion, though. When asked if they might do it again, Manley said “probably not.”

“If they did do it again, I would fully support it, but as I said, it was just a one-time thing.”

Hotels around the country are trying to do what they can to pitch in and help fight the pandemic.

In San Diego, hotels have started to take in the local homeless population – a move that has proven somewhat controversial. A hotel in Lubbock, Texas, meanwhile, has offered itself as a “home away from home” for healthcare workers.

When asked if there had been a noticeable increase in the homeless population around Penn Station or the subway stations, the MTA stated that they had heard no reports of an increase.

Coronavirus: ‘India protecting health of expats and their families by not evacuating them now’