(RNS) — Wearing a patterned button-down and his signature blond braids, RJ Hill stood out from the other clergy in the virtual meeting earlier this year discussing HIV and AIDS outreach in Staten Island. He spoke deliberately, aiming for clarity and confidence, attributes he later said are critical to his credibility in the eyes of the other faith leaders. If he had pitched his voice higher or allowed his mannerisms to become more “feminine,” he thinks his message wouldn’t have been accepted in the same way. He calls himself a “palatable” LGBTQ activist.

“I hold a certain amount of privilege as a cisgender male,” said Hill. “Unfortunately, that makes an impact when you’re talking to people in the religious world.”

At this community advisory board meeting, Hill, who often gives talks about how faith and LGBTQ identity can coexist, acted as a spokesperson for inclusivity in a space where he hasn’t always felt accepted. The child of a preacher, Hill was raised in Richmond, Virginia, in the Apostolic Pentecostal tradition, which he describes as a conservative faith with a lot of “tongue talking” and “back flipping” during prayer. Though he had dated both men and women, Hill did not openly reveal his sexuality in fear of rejection from his family and his church.

“If I was labeled as gay or bisexual, then I would also be labeled as a drug user, a cross-dresser and a pedophile,” said Hill.

Hill moved to New York in 2015, and in 2017 he started a Master of Divinity degree at Union Theological Seminary, where, at the age of 40, he officially came out. He was introduced by Rev. Derrick McQueen of the seminary to the LGBT Faith Leaders of African Descent, the nonprofit where he now moderates discussions about Black Queerness, and says it was there he felt called to use his intersectional background to heal others like him with religious trauma. Now, Hill, who goes by the name RJ Love on social media, is an advocate for churches to better talk about issues that affect the LGBTQ community.

According to a new study released by the Sociology of Religion Journal, Black people are more likely than the general population to disapprove of non-heterosexuality, while Black churches and denominations are generally non-affirming of queer identities or non-heterosexual marriages. But, through interviews with Black Christians, the study notes there are considerable differences in how Black churches demonstrate non-affirmation and in how congregants perceive their church’s theological views on issues of sexual orientation.

“These results suggest that the Black Church is not monolithic in its stance concerning sexuality and have implications for efforts to promote LGBQ inclusion within congregations,” noted the study.

These views have also had implications for the Black church’s approach to HIV and AIDS — a public health issue that has disproportionately affected the African American community — leading churches to view the disease with some ambivalence, as many of its victims exist outside the bounds of traditional teachings on sex and gender. For fear of condoning sex outside marriage, or homosexuality, Hill says, many churches do nothing.

“You should not be able to refuse to help your own community, because helping is one of the core principles of Christ,” said Hill.

Faith is a guiding principle in the lives of Black and Brown Americans, Hill told those in attendance at the meeting, including public health volunteers and ministers. Churches are communal sacred spaces where youth have traditionally found safety and an anchor in their community. But, he adds, prejudices against queer sexuality and in favor of abstinence have prevented Black churches from helping their people deal with AIDS, leaving many to fight on their own.

“If their families and faith spaces expel them, they’ve lost so much,” said Hill. “That’s why we can see an increase in depression, anxiety, substance use and risky sexual behavior.”

Hill pointed to several studies regarding the impact of ‘homonegativity,’ or negative characterizations of homosexual people, from the pulpit. One such study, conducted in New York, found that in the Black church in particular, messaging from pastors regarding HIV and homosexuality often boiled down to three themes: “Love the sinner, hate the sin,” “Don’t ask, don’t tell” and “Your body is a temple.”

As a result of alienation from their churches and families, LGBTQ teens are more likely to experience homelessness and/or incarceration. A survey of homeless care providers found that 31% of the LGBTQ youth being served identified as Black, and overall, 40% of homeless youth are LGBTQ. Further, suicidality among LGBTQ teens and young adults increases if they were raised within religious institutions or families with negative views on homosexuality.

In Staten Island, where the meeting was held, the faith-based Project Hospitality works to combat HIV, AIDS and homelessness. Started as a Christian charity organization and run by an interfaith collective of religious leaders, the group collaborates with religious institutions, including many Black and African churches, to mobilize outreach and prevention. Ana Naseer, HIV and AIDS area director of Project Hospitality and a practicing Muslim, says that although faith is not explicitly part of the organization’s mission, the undertones of religion come across organically through their HIV screening, food pantry and homeless housing initiatives.

“Overall, all faiths have a mission of serving humanity, and that’s what we all aim to do, regardless of what we believe in,” said Naseer.

Groups such as the National Black Leadership Commission on Health, which led the meeting, have partnered with faith-based organizations to address HIV and AIDS. The commission was founded by clergy members in 1987 because they saw a community in dire need of attention. Black women were contracting HIV and passing it on to their children at extremely high rates, an issue that was overshadowed throughout the late ’80s and 1990s by the focus on cisgender white homosexual men. Most of the newer cases, Hill says, are showing up in men and in trans Black and Brown people; however, during the pandemic, because of lack of access to health care and resources such as condoms and preventatives, advocates are seeing an increase in HIV cases in the heterosexual community as well. 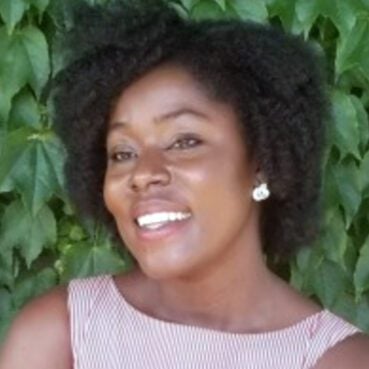 Evelyn Botwe, the director of programs for the commission’s HIV outreach team, is also a devout Christian. She says it is essential for programs like hers to be very thoughtful in their partnership with faith-based organizations and is specifically cautious with how the messaging about HIV and AIDS comes across to traditionally conservative religious groups.

“The Bible talks about procreation so much, so shouldn’t we be talking about the risks it has?” said Botwe.

Change is happening, she says, as some churches have found creative ways to work around perceived theological barriers to offer support, such as offering events like Cupcakes and Condoms in local nail and barber shops. She says people are now so aware of the work faith-based organizations are doing that they feel comfortable turning directly to them for outreach and information on PrEP and PEP, two medications that aid in HIV/AIDS prevention. Still, she hopes for more ministry toward youth and more involvement from enthusiastic faith-based organizations because she knows how central of a role they play in Black communities.

“If they’re not in a community center, they’re at a church, at a mosque, at a synagogue,” Botwe said. “So that’s where we go.”

Pope to Capuchin sisters: ‘Let the Holy Family inspire you’

Groundswell of support for Mark Houck, Catholic father of 7 arrested in FBI raid