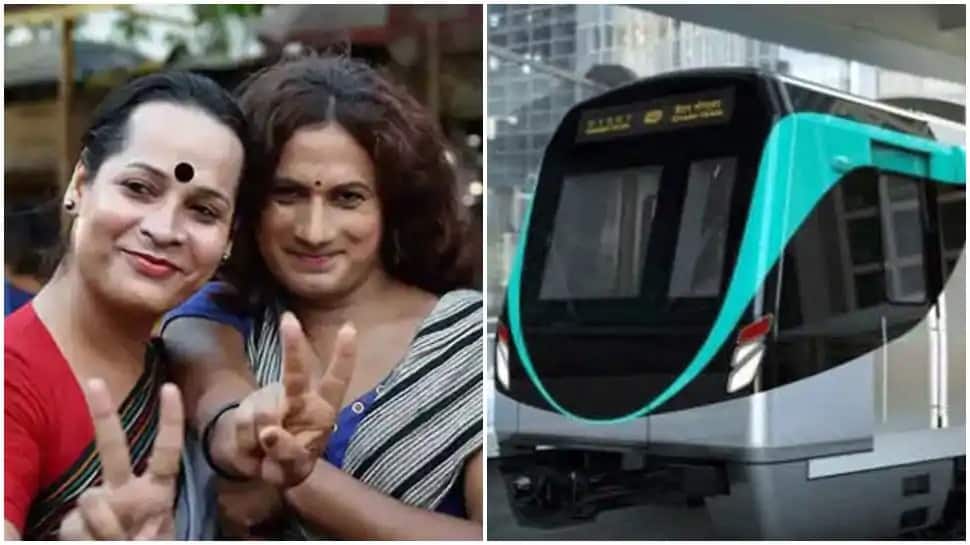 Noida: The Noida Metro Rail Corporation (NMRC) has dedicated the Sector-50 Metro Station on the Aqua Line to the transgender and has announced to only recruit people from the trans community.

According to NMRC, this step has been inspired by the Transgender Persons (Protection of Rights) Bill, 2019.

Earlier in June 2020, the NMRC had decided to rename it to 'Rainbow' station. NMRC's Managing Director Ritu Maheshwari had also announced to provide special facilities and employment opportunities for the transgender community at its Sector 50 Metro Station of the Aqua Line.

"This step is being taken by NMRC for the inclusion and meaningful participation of the members of the transgender community," said Maheshwari.

"The station for Transgender Community will cater specially to the members of the transgender community, though it will be open for all passengers," added Maheshwari.

The station for the transgender community is on the lines of the pink stations that were inaugurated in March 2020 and provided special facilities for women passengers.

This is to be noted that the staff deployed at the pink stations also consisted only of women except security personnel.

"Structural changes in terms of change in restroom infrastructure and creation of separate security check for the trans community are also being considered in the Metro station for transgenders," said Maheshwari.

The NMRC had also noted the following initiatives:

1. Generating Awareness: NMRC will also be generating awareness about the Trans Community among its other commuters through its signages at its stations and announcements inside the trains and stations.

2. Sensitising NMRC Staff: The NMRC staff will also be sensitized and trained to communicate with the trans community in a sensitive and cordial manner.

3. Fruitful engagement of the community by NMRC: NMRC also plans to include members of the Trans community into its system by engaging the services of the community members in various aspects of the functioning of the NMRC system, like ticket counters and other areas through NMRC’s deployed contractors. Transgenders will be provided proper training, like other NMRC employees, before being inducted into the NMRC system.

Now anyone can buy land in Jammu and Kashmir; know rules of Centre`s major decision

Now anyone can buy land in Jammu and Kashmir; know rules of Centre`s major decision