No language should either be imposed or opposed: Vice President M Venkaiah Naidu

No language should either be imposed or opposed: Vice President M Venkaiah Naidu 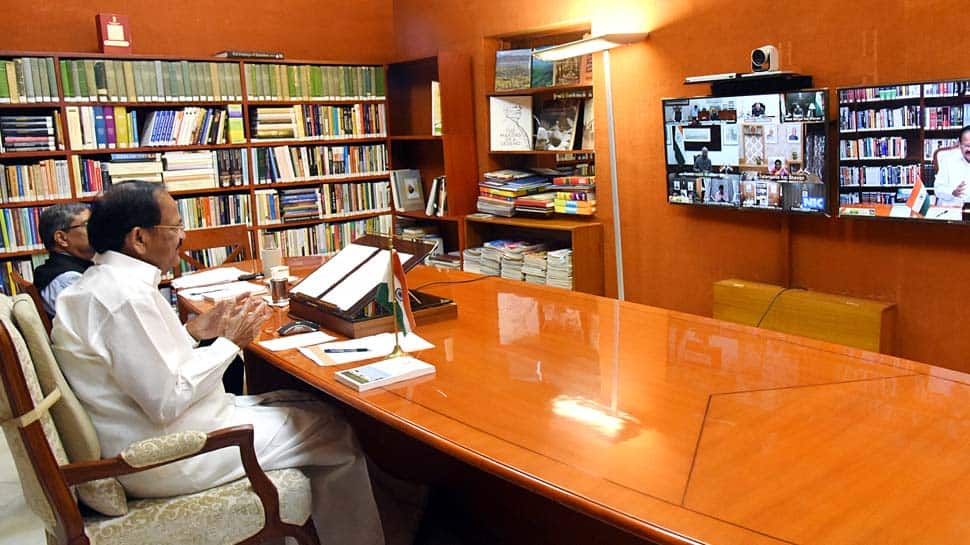 Vice President M Venkaiah Naidu on Monday called for equal respect to all the languages and emphasised that no language should be either imposed or opposed. Addressing an online event organised by Madhuban Educational Books on the occasion of Hindi Divas 2020, the Vice President said that all our languages have a rich history and we should be proud of our language diversity and cultural heritage.

Mentioning that Mahatma Gandhi had found the Dakshin Bharat Hindi Prachar Sabha in 1918, the Vice President emphasised that Hindi and other Indian languages should be seen as complementary to each other. To increase goodwill, love and affection among the citizens, Shri Naidu suggested that students from non-Hindi speaking states should learn Hindi and the students from Hindi speaking states should learn one more Indian language such as Tamil, Telugu, Kannada etc.

Expressing happiness over the importance given to mother tongue in NEP-2020, the Vice President called for providing education in mother tongue for inclusive education. "This helps the children in learning and understanding the subject better and they are able to express themselves better", he said.

Noting that education in mother tongue would necessitate the easy availability of good books in Hindi and other Indian languages, the Vice President said publishing houses will have an important role in this. Expressing the need for all Indian languages to grow together, Naidu called upon the publishers and educators to work for enhancing dialogue between our languages.