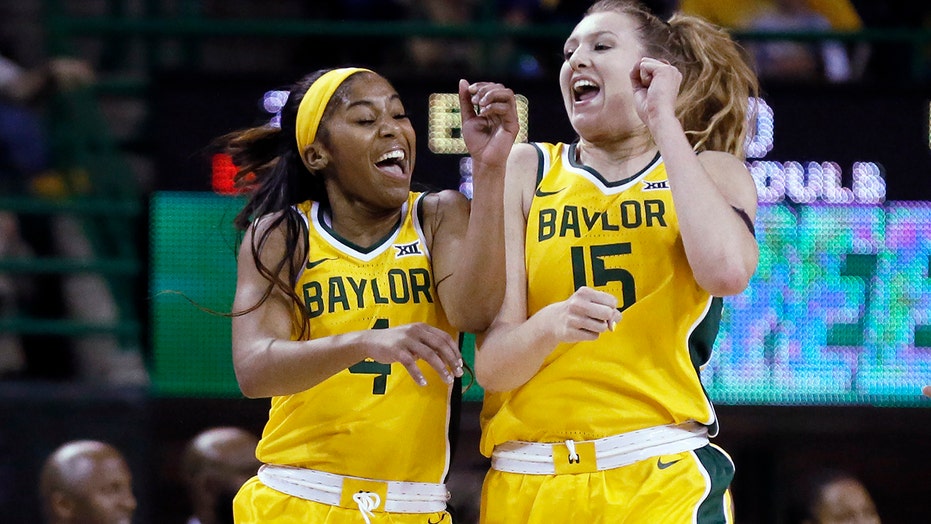 No. 2 Baylor isn't finished with the regular season, even with its 10th consecutive Big 12 title already in hand.

“The championship doesn't really mean anything if you lose these last however many games it is," senior Lauren Cox said. “So we want to finish 18-0 in the league."

The Lady Bears have one more game to get that done after beating Texas 69-53 in their last regular-season home game Thursday, which was also senior night.

Graduate transfer Te'a Cooper scored 20 points and fourth-year senior Cox had 17 points with 12 rebounds as the Lady Bears (28-1, 17-0 Big 12) extended their record winning streak to 58 regular-season conference games in a row. They also won their 56th straight game at the Ferrell Center, where in two weeks they will host their NCAA Tournament opener.

“That was their last regular season game on that floor,” coach Kim Mulkey said of the four seniors who were recognized at halftime. “They'll have an opportunity in the playoffs to host the first and second round here. But the emotions of, ‘Wow, I won't ever do this again,' just come flooding out and you certainly want to leave with a victory."

Cox had her 36th career double-double while sophomore NaLyssa Smith also had one with 13 points and 10 rebounds.

“Obviously we're disappointed. I mean, we're not at a point in the season, or even period, to be finding a lot good about a loss," coach Karen Aston said. “But I did think that, we were much more competitive than we were in Austin for a longer stretch of time, and I thought that we were able to regroup a little bit at halftime, and the lead was a little bit too much for us."

Cooper had 13 points before halftime, 10 in the first quarter.

“Really set the tone for them in the beginning of the game,” Aston said.

But Cooper was still scoreless after the break when she missed the rim attempting a 3-pointer with about 6 1/2 minutes left in the third quarter.

“I don't even know what you're talking about," Cooper said when asked about the airball, drawing laughter from Mulkey and the fellow seniors sitting with her.

Cooper then scored seven points in less than 90 seconds as part of a 15-3 run that put the Lady Bears ahead by double figures for rest of the game. She drove for a two layups before DiDi Richards penetrated, then passed out to Cooper on the left wing for a 3 from near the same spot where she had missed so badly to put Baylor up 45-27.

Baylor led 57-34 when Erin DeGrate, another grad transfer, converted a three-point play at the end of the third quarter. She made a layup and was fouled after Richards saved a ball from going out of bounds and got it to DeGrate near the basket.

“Didi's hustle play, ball's going out of bounds. She's trying to find a teammate, Erin's hands were right there," Mulkey said. “Bam, she catches it and gets an and-one.”

Texas: The Longhorns have a four seniors who have all played more than 110 college games. But those seniors have beaten Baylor only once. Texas has lost 20 of the last 21 meetings — the lone win in that stretch being that one three years ago.

Baylor: With the outright Big 12 title already in place, the Lady Bears played their regular-season home finale. Cox and Landrum have both been part of four consecutive Big 12 championships. Landrum finished with six points, making all six of her free throws while going 0 for 10 from the field (0 for 5 on 3-pointers).

“It's an emotional day,” said Landrum, who like DeGrate is from Waco.

Texas finishes out the regular season at home Sunday against Oklahoma State.

Baylor plays Sunday at Iowa State with a chance to close out its third consecutive regular season without a Big 12 loss.