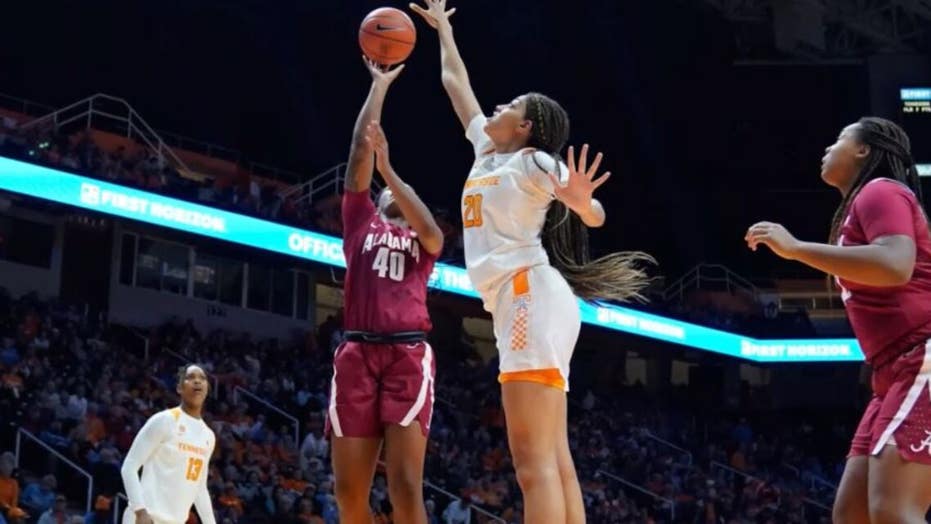 A look at the SEC women's basketball championship history

Some fun facts about the SEC women's basketball championship history.

“Mad Kiki” is a believer in South Carolina at last.

It was almost a year ago when Mikiah Herbert Harrigan came to coach Dawn Staley saying she wasn't happy at South Carolina and wanted to transfer.

So after Herbert Harrigan, nicknamed “Mad Kiki,” earned SEC tournament MVP honors following the top-ranked Gamecocks' 76-62 victory over No. 9 Mississippi State on Sunday, Staley made sure to catch up with her senior star.

“I know you didn't envision this a few months ago,” Staley said she told Herbert Harrigan. “She said, ‘I didn’t. But now I'm a believer.'"

The rest of the country is, too, as Herbert Harrigan had 15 points and Brea Beal added 12 points and 11 rebounds as South Carolina (32-1) won its fifth SEC tournament title in six seasons.

Herbert Harrigan, a 6-foot-2 forward, was a reserve on the 2017 national champions and thought she might get lost among the Gamecocks' No. 1 recruiting class. Instead, Herbert Harrigan has led the way both with her play and her emotion.

Herbert Harrigan got into a scuffle with Mississippi State's Yemiah Morris and Jessika Carter in the second quarter, living up to that nickname.

The Gamecocks won their 26th straight and should be the No. 1 overall seed — along with the favorite — in the NCAA Tournament.

“If they do have a hole, it ain't very big,” Mississippi State coach Vic Schaefer said.

They proved their superiority once more by running away — the Gamecocks led by 27 in the second half — from the usually powerful Bulldogs (27-6), who suffered their biggest defeat since falling to Tennessee 82-64 in February 2017.

The Gamecocks celebrated as blue, white and yellow streamers fell over the court. The loud, pro-South Carolina crowd — the arena is less than two hours' drive south of campus — roared its approval.

“Look at us. Look at this team,” Staley told the fans. “It's special.”

Herbert Harrigan had 44 points in the three games as South Carolina won by an average margin of 24 points.

Herbert Harrigan and Beal also each had three of South Carolina's 11 blocks.

Tyasha Harris had 10 points and 10 assists for South Carolina. Freshman Aliyah Boston had 11 rebounds, her 16th game this season with double-figure boards.

Herbert Harrigan stepped in after Morris appeared to give Boston a hard shove following a rebound.

“It's just really fun playing out there with this group of girls,” Herbert Harrigan said. “It just feels great.”

Mississippi State stressed the importance of a fast start in competing with South Carolina. The Bulldogs, instead, were as cold as they've been all season.

They finished with their fewest points at the break this season in trailing 38-22. The Bulldogs shot 33.8% (26 of 77), their poorest showing this season.

Aliyah Matharu led Mississippi State with 17 points. Freshman Rickea Jackson, the team's leading scorer who had 52 points the past two tournament games, was held to nine points on 4-of-12 shooting.

This was also the latest in South Carolina's run of wins over Mississippi State in big moments.

The Gamecocks' previous three SEC tournament titles all came with the Bulldogs in the finals. And in 2017, South Carolina topped Mississippi State in the national championship game.

Mississippi State: The Bulldogs will certainly start the NCAA Tournament with two games at home. After that, it will depend on the draw. A team like Oregon or Baylor that excels in turning tight defense into transition offense could give them a difficult path to the Final Four.

South Carolina: The Gamecocks are probably the strongest bet in the field that gets announced on March 16 to make the Final Four. South Carolina won't have to leave its home state until the national semifinals in New Orleans as it plays the first two games on campus before a return to Greenville for the regional.

South Carolina's Staley had the arena's netting around her neck — she calls it a “netlace” — and was hoarse from shouting and celebrating with players, coaches and fans. “I mean, I'm happy for our players,” she said.

Mississippi State's Schaefer said he believes the Bulldogs are comparable to the teams that went to Final Fours in 2017 and 2018 and won the SEC tournament a year ago. “Today wasn't good. We got taken to the woodshed,” he said. “But we'll be back.”

South Carolina will head to NCAA Tournament, most assuredly the No. 1 overall seed.