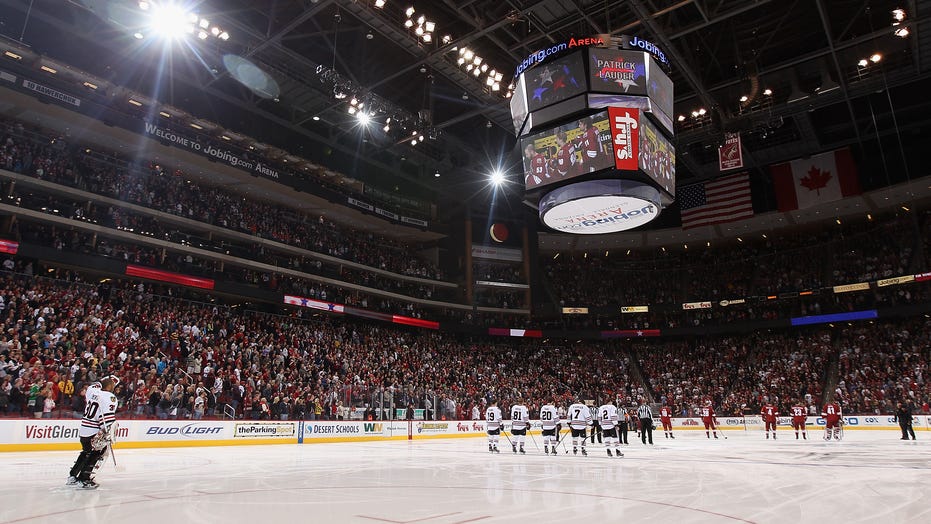 The Arizona Coyotes and their top pick in the 2020 NHL Draft, Mitchell Miller, find themselves under scrutiny after the 18-year-old defenseman was found to have bullied an African-American classmate with developmental disabilities four years ago.

The classmate, Isaiah Meyer-Crothers, spoke with Arizona Republic regarding his history with Miller after seeing his tormentor selected at No. 111 in early October. The two attended school together in Sylvania, Ohio, where Miller tricked Meyer-Crothers into licking a candy push pop that was wiped in a bathroom urinal, resulting in Meyer-Crothers to be tested for hepatitis, HIV and STDs, Meyer-Crothers said. Miller and another teenager were charged with assault and violating the Ohio Safe Schools Act in February 2016. They admitted to bullying misdemeanors and were sentenced to 25 hours of community service.

Meyer-Crothers, who at the time had the mental ability of a 10 year old, also says Miller constantly called him “brownie” and the “N-word,” while repeatedly beating him during their childhood in the Toledo suburb. Students at their junior high confirmed to police that Miller used racist language toward him.

“He pretended to be my friend and made me do things I didn’t want to do,” Meyer-Crothers, now 18, told Arizona Republic. “In junior high, I got beat up by him. … Everyone thinks he’s so cool that he gets to go to the NHL, but I don’t see how someone can be cool when you pick on someone and bully someone your entire life.”

Miller, who issued a statement Monday, informed teams of his past ahead of the draft, and his NCAA team, North Dakota, says it was aware of the accusations during his recruitment, as well.

EX-NHL ENFORCER CALLS FOR BAN ON FIGHTING IN YOUTH SPORTS

“I am extremely sorry about the bullying incident that occurred in 2016 while I was in eighth grade,” Miller said. “I was young, immature and feel terrible about my actions. At the time, I did not understand the gravity of my actions and how they can affect other people.

“I have issued an apology to the family for my behavior, completed cultural diversity and sensitivity training and volunteered within my community with organizations such as Little Miracles. Over the past four years, I have had a lot of time to reflect and grow and I am very grateful to the Arizona Coyotes for taking a chance on me. I promise not to let them down. Moving forward, I want to be a leader for this cause and help end bullying and racism.”

Meyer-Crother says he has never been personally apologized to by Miller.

The Coyotes, whose president and CEO Xavier Gutierrez was named to the NHL’s Executive Inclusion Council, defended the organization’s decision to pick Miller in the fourth round.

“Our fundamental mission is to ensure a safe environment — whether in schools, in our community, in hockey rinks, or in the workplace — to be free of bullying and racism,” Gutierrez said in a statement. “When we first learned of Mitchell’s story, it would have been easy for us to dismiss him — many teams did. Instead, we felt it was our responsibility to be a part of the solution in a real way — not just saying and doing the right things ourselves but ensuring that others are too.”

Adam Gase is feeling the pain Sam Darnold is going through