NFL nixes all international games for 2020 season over coronavirus pandemic

NFL nixes all international games for 2020 season over coronavirus pandemicclose 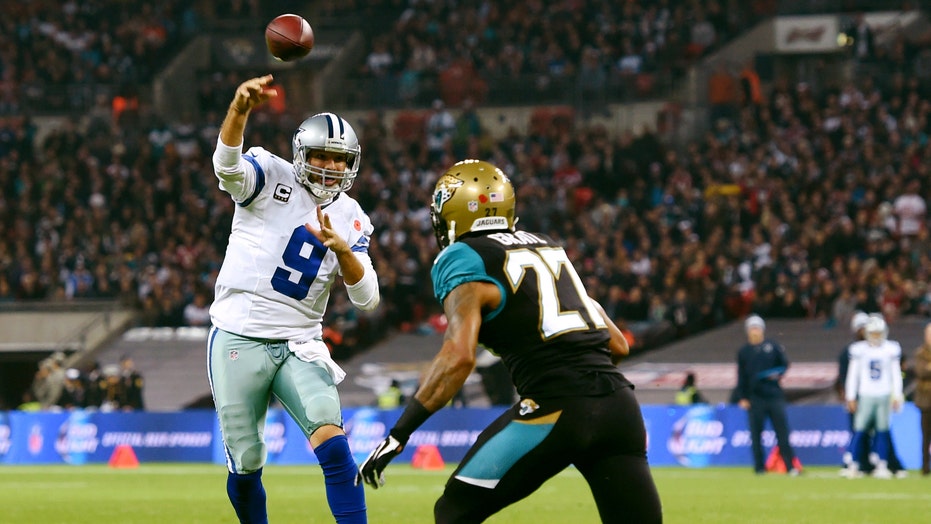 Bob Costas on what future holds for NFL, MLB seasons amid COVID-19 pandemic

Legendary sportscaster Bob Costas joins 'The Brian Kilmeade Show' after round one of the NFL virtual draft.

The NFL announced Monday there will be no international games played in 2020 due to the coronavirus pandemic.

Every NFL game will be played in the U.S. Several games have been played in Britain and in Mexico over the last several years with the league trying to expand its influence around the globe.

“After considerable analysis, we believe the decision to play all our games domestically this season is the right one for our players, our clubs, and all our fans in the US, Mexico, and UK,” Christopher Halpin, the NFL’s executive vice president, chief strategy and growth officer, announced in a news release. “We greatly appreciate the support of our governmental and stadium partners in Mexico and the United Kingdom, who all agree with this decision, and we look forward to returning for games in both countries in the 2021 season."

He added: “We also thank our incredible fans in those territories for their passionate support of the NFL. We will continue to serve them through our outstanding media partners and by being active supporters of both grassroots football and COVID-19 relief efforts in Mexico and the UK.”

The Arizona Cardinals, Atlanta Falcons, Jacksonville Jaguars, and Miami Dolphins had previously announced they would be home teams for international games in 2020.

“While the NFL's many fans in London, the UK, and Europe will obviously be disappointed by this news, it is absolutely the right decision to ensure the safety of everyone involved in the sport,” London Mayor Sadiq Khan said. “I know that the NFL remains fully committed to London and I look forward to welcoming NFL teams back to the capital in 2021.”

The NFL had been playing games consistently since 2007. Prior to 2005, the NFL had promoted games overseas during the preseason.

The NFL is set to release the rest of the 2020 schedule later this week.