NFL Hall of Famer Jack Youngblood on ‘virtual’ draft due to COVID: ‘Maybe it will make them work harder’

NFL Hall of Famer Jack Youngblood on 'virtual' draft due to COVID: 'Maybe it will make them work harder'close 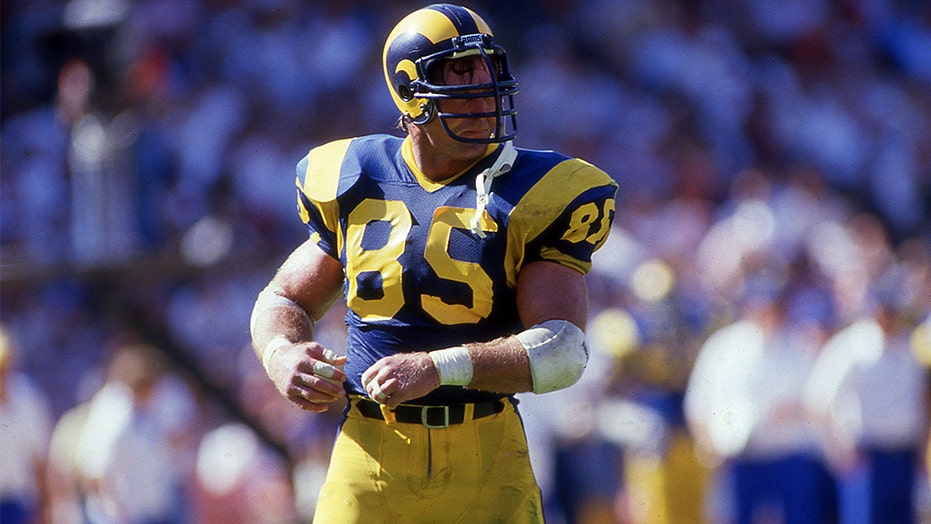 Jack Youngblood’s NFL Draft experience wasn’t anything like we are used to in 2020.

Back when the Hall of Fame defensive end was drafted by the Los Angeles Rams in 1971, Youngblood — who had no idea if he would even be drafted in the first place — thought “the boys back at the dorm were just messing with me” when head coach Tommy Prothro made the phone call welcoming him as the newest member of the Rams.

Youngblood told Fox News he remembers going down to The Gainsville Sun to do an interview while the draft was taking place.

The draft wasn’t on television. It wasn’t even on the radio. It was done over a teletype, which was a device used to send and receive typed messages over wires or radio waves.

“I was thinking that it was going to be a long day,” Youngblood recalled. “I knew there was going to be a lot of people drafted, and I didn’t have any idea who they were because we didn’t play outside the SEC when I was at Florida… I remember sitting there watching this thing happen on the teletype. I watched [Dan] Pastorini come off, I watched [Jim] Plunkett come off, and several others that turned out to be great players. And I’m sitting there thinking, ‘I’m really bored.’”

And then it came across the teletype: "Jack Youngblood. Defensive lineman. University of Florida. Los Angeles Rams." 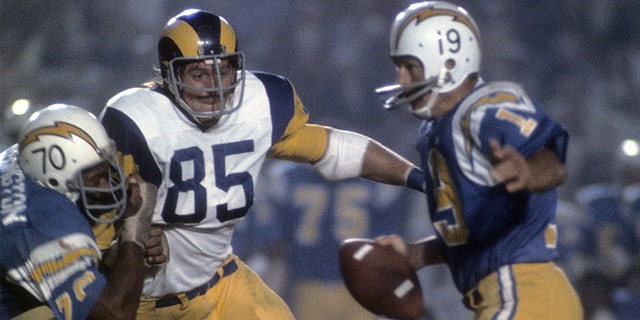 Quarterback Johnny Unitas of the San Diego Chargers scrambles away from defensive end Jack Youngblood of the Los Angeles Rams during a football game at Jack Murphy Stadium in San Diego, California during the 1973 NFL season. (Photo by Focus on Sport/Getty Images)

This year, the coronavirus pandemic has had its say in how the NFL Draft will proceed.

Originally scheduled to be in Las Vegas, the draft will now take place at ESPN’s headquarters in Bristol, Conn., and ESPN and the NFL Network will join forces and broadcast it on both networks over all three days starting April 23.

The grand spectacle of the draft, which is right behind the Super Bowl as the second biggest event in the sport, will have to scale back its live presentation that fans have grown so accustomed to, but Youngblood sees a silver lining with the “virtual format” of the draft this year.

JACK YOUNGBLOOD, NFL HALL OF FAMER, ON HOW CORONAVIRUS HAS CHANGED HIS DAILY ROUTINE

He believes that players from this draft class will play with a chip on their shoulders.

“It’s going to take away from the excitement of it for these kids. That’s for sure,” Youngblood said. “I don’t know how that’s going to pan out for them in the long run, but maybe it will make them work harder because they are not being run around, and acted like they are the next best thing since sliced bread. I don’t know the results of this, but it will be interesting to see how they do when they get to training camp, and how they start that first year." 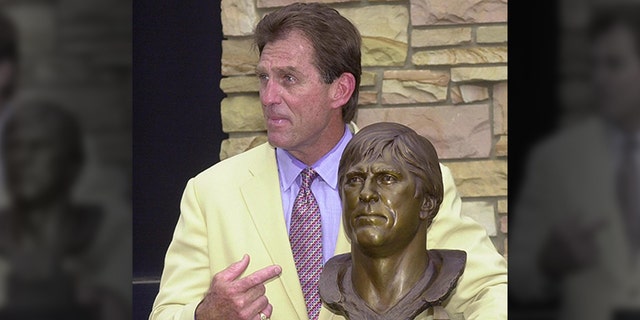 Youngblood, who played his entire 14-year career with the Rams during the '70s and '80s, was a first-team All-Pro selection five times, and is one of only five players from the 1971 draft class to be inducted into the Pro Football Hall of Fame.

Youngblood was famously known for playing the entire 1979 playoffs — including the Super Bowl and Pro Bowl — with a broken leg, and he credits former teammates Deacon Jones and Merlin Olsen for his growth as a football player.

“You have no clue to as what you’re doing yet,” Youngblood said. “You need to listen and be coached. And let your older, veteran players guide you along. Just because you got drafted in the first round, and you’re going to make $7 million this year, it doesn’t mean you’re a great football player."

“My purpose came from a blessing from my God,” Youngblood continued. “I firmly believe that He put me in that locker room with Deacon Jones and Merlin Olsen. Both of those guys, at one point or another in that first year, they put their arms around me and said, ‘Kid, you can play, but you got to allow us to teach you to play,’ and I said, ‘Trust me, boys, yes sir. I’m all ears.’ I had some big shoes to fill when Deacon got hurt in the sixth ball game of that 1971 season. That’s a load in itself. And then when you realize I’m playing next to Merlin Olsen, and God helped me not to let him down."

“That’s what teammates are about. They take care of each other, and that’s how you be successful," he added. "Both of those guys were a huge impact on my way of thinking and how I approach the game from the inside, and how I was going to try and perform.”