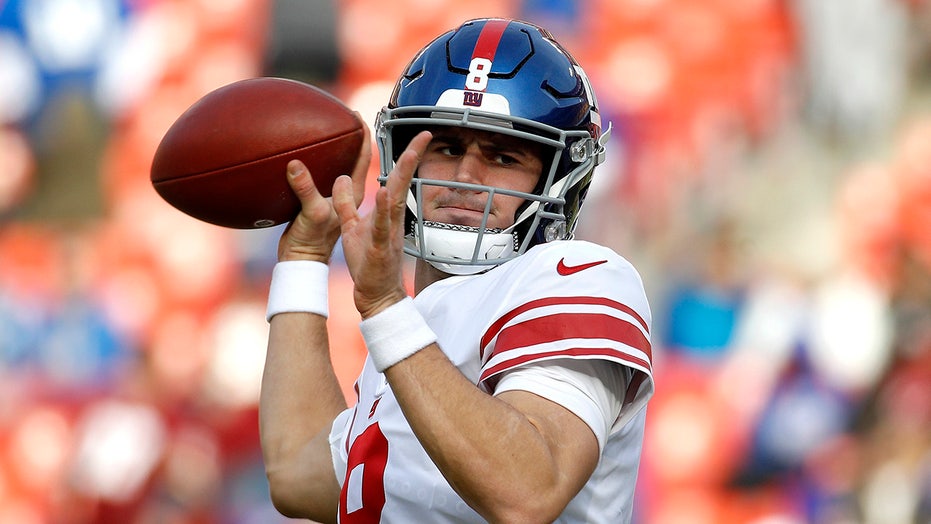 The New York Giants are looking to leave last season in the past as they move forward with second-year quarterback Daniel Jones and rookie head coach Joe Judge.

After finishing third in the NFC East with just four wins, the Giants approached this season in another stage of their rebuild. With one of the youngest rosters in the league, the Giants will be put to the test right out the gate with several challenging matchups in the first five weeks including defending NFC champion San Francisco 49ers.

Although Jones struggled last season, the recently retired Eli Manning has said he’s confident that Jones will step up as a leader after his retirement.

Here are some of the intriguing matchups on the Giants’ 2020 schedule.

The NFL is not taking it easy on Jones as the Giants take on Ben Rothlisberger and the Steelers in a Monday night primetime game in Week 1.

Jones will at least have the crowd on his side but he’ll have to rely on key players in the offense, like Saquon Barkley, if the Giants are to even stand a chance.

The biggest issue this season might be New York’s defense — something that will become glaringly obvious when matched up against Rothlisberger and the Steelers’ offense.

The Giants will again have the home advantage when they take on the 49ers in Week 3 but that won’t mean much for Jimmy Garoppolo after the season he’s had.

Judge and Garoppolo spent time together while on the Patriots which could give Jones a much-needed edge going into the lopsided matchup.

The schedule doesn’t get much easier for the Giants as they take on Tom Brady and the Bucs in a heavily anticipated Monday Night matchup in Week 8.

A Brady-Jones matchup is the obvious draw in but Giants fans are sure to remember that Jones made his starting debut in Tampa where he helped lead the team to victory after an 18-point deficit.