Exit polls show Benjamin Netanyahu has edge in Israeli election, unclear if he can clinch majority

Israeli Prime Minister Benjamin Netanyahu of the Likud party is trying to hold off his main opponent Benny Gantz.

With roughly 90 percent of votes already counted, Benjamin Netanyahu’s Likud Party and its allies looked to maintaining its lead after capturing 59 seats out of the 120 in parliament.

Final results are expected later Tuesday and could swing Netanyahu over the top – two weeks before he goes on trial to face corruption charges. 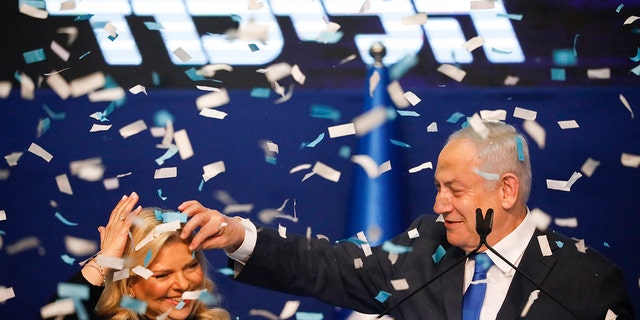 “This is a victory against all the odds because we stood against powerful forces,” he told a raucous crowd of supporters early Tuesday. “They already eulogized us. Our opponents said the Netanyahu era is over.”

Critically, Netanyahu’s party is just two seats shy of a 61-seat parliamentary majority, and if the final tally remains the same, he would be forced to form a government in the coming weeks by enticing rival politicians to join him. Monday marked the third general election in less than a year in Israel.

Gantz and his Blue and White party, who focused their campaign on Netanyahu’s alleged corruption and anti-democratic moves, took 32 seats, partial results showed. 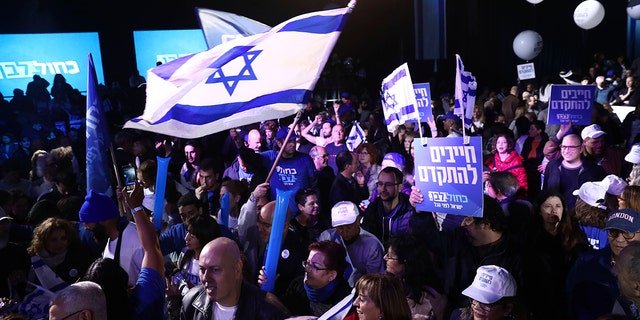 However, Gantz refused to concede defeat, telling his supporters: “We won’t let them destroy the country.”

Maverick politician Avigdor Lieberman, whose party is projected to win seven seats, once again looms as a key player. Speaking Tuesday, he repeated his campaign pledge that there won't be a fourth election, but wouldn't indicate how he would act in case of a further deadlock.

At his victory rally, Netanyahu – who will serve his fourth consecutive term in office and fifth overall – vowed to immediately form a new coalition and press forward with a hardline agenda that includes annexing large parts of the West Bank. 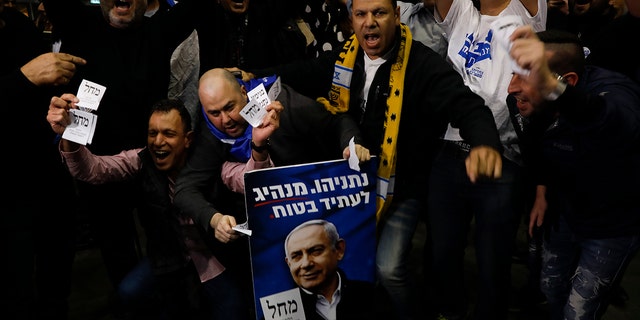 Shaina Kaplan, a resident of Jerusalem, told Fox News after casting her vote that she believes they will have a working government whatever the outcome.

“We should finally have a government,” she said. “This is the third time. Without a government, the country can’t work right.”

She said her biggest desire is to get the government working amid continued security threats against the country.

The easiest way out of the impasse would be a unity government between Likud and Blue and White, which together command a solid parliamentary majority. They don't have major ideological differences, though Blue and White has staked its claim as the moral alternative to Netanyahu amid his corruption charges. 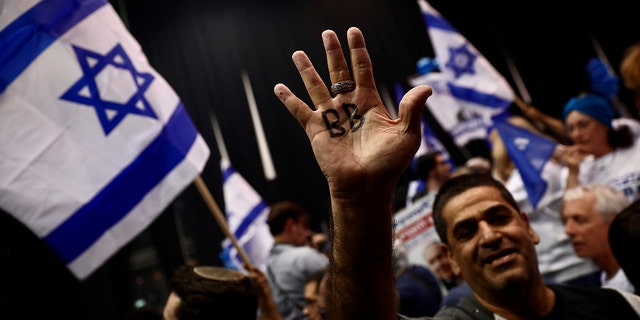 Netanyahu was indicted in November on charges of fraud, breach of trust and accepting bribes, making him the first sitting prime minister to be charged with a crime. He denies any wrongdoing and says he is the victim of a witch hunt by police, prosecutors and a hostile media.

During the campaign, Netanyahu failed in a bid to secure immunity from prosecution. As prime minister, he could still rally public opposition against prosecutors and judges in the case. He also could seek other avenues to delay or derail the proceedings against him.

Samsung Galaxy S20 5G: What you need to know about 5G on Samsung’s latest phones – CNET