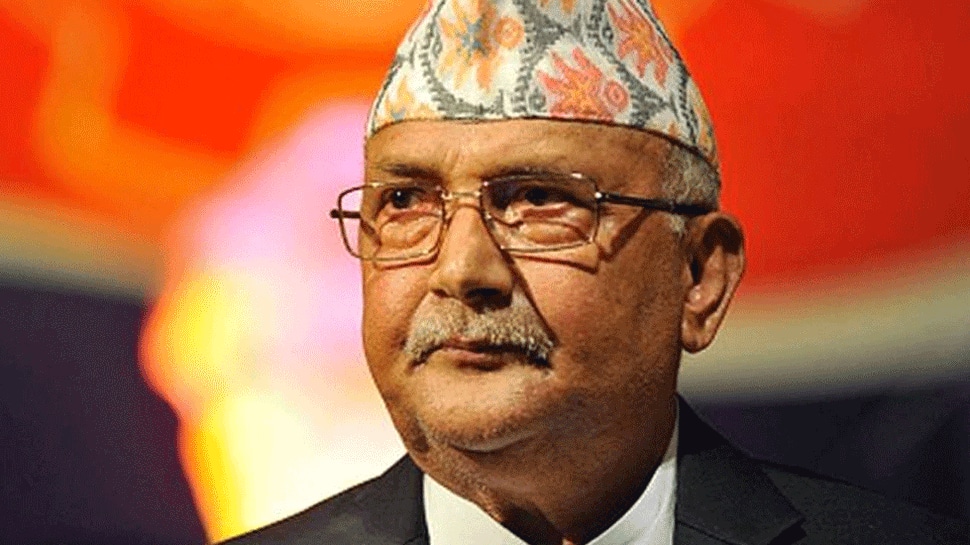 Kathmandu: Prime Minister K P Sharma Oli has been criticised by netizens for deliberately not using the updated map of Nepal, showing three Indian areas as part of its territory, in his Dussehra greetings, a claim rejected by his office which said the revised map was not visible due to its tiny size.

In June, Nepal's Parliament approved the new political map of the country featuring Kalapani, Lipulekh and Limpiyadhura which is part of Pithoragarh district of Uttarakhand.
Oli in a Twitter message on Friday conveyed his best wishes to the people of Nepal for Vijayadashami or Dussehra.

Many people on social media, including Facebook and Twitter, commented that the Prime Minister's office deliberately removed the updated map after his meeting with India's Research and Analysis Wing (R&AW) chief Samant Kumar Goel.

Many people in their social media posts asked why did the prime minister's office remove the government's coat of arms from the map which includes Lipulekh, Kalapani and Limpiyadhura.

In response to the criticism, Prime Minister's Press Advisor Surya Thapa in a statement claimed that the revised map was used in the prime minister's message, but was not visible due to its tiny size.

''It is natural for the map to appear in such a manner due to its tiny size but the same map, if enlarged, may clearly show the updated areas,'' he claimed. He also asked the people not to be misled by such pre-planned efforts to spread rumours about the map included in the greetings.

"There should not be any confusion that the map used in the greetings is the updated version which was endorsed by Nepal's Parliament," Thapa said.

The Press Advisor in his press note issued through social media also included an enlarged version of the map, which clearly shows the map which includes all the three territories.

The ties between the two countries came under strain after Defence Minister Rajnath Singh inaugurated an 80-km-long strategically crucial road connecting the Lipulekh pass with Dharchula in Uttarakhand on May 8.

Nepal protested the inauguration of the road claiming that it passed through its territory.

Days later, Nepal came out with the new map showing Lipulekh, Kalapani and Limpiyadhura as its territories.

India too had published a new map in November 2019 showing the areas as its territories.

After Nepal released the map, India reacted sharply, calling it a "unilateral act" and cautioning Kathmandu that such "artificial enlargement" of territorial claims will not be acceptable to it.

In its reaction, after Nepal's lower house of parliament approved the bill, India termed as untenable the "artificial enlargement" of territorial claims by the neighbouring country.

India said Nepal's action violates an understanding reached between the two countries to resolve the boundary issues through talks.

Prime Minister Oli has been asserting that Lipulekh, Kalapani and Limpiyadhura belong to his country and vowed to "reclaim" them from India.

How to Grow a Hydroponic Garden

MMR, Pune may outperform other cities in festive housing sales

MMR, Pune may outperform other cities in festive housing sales