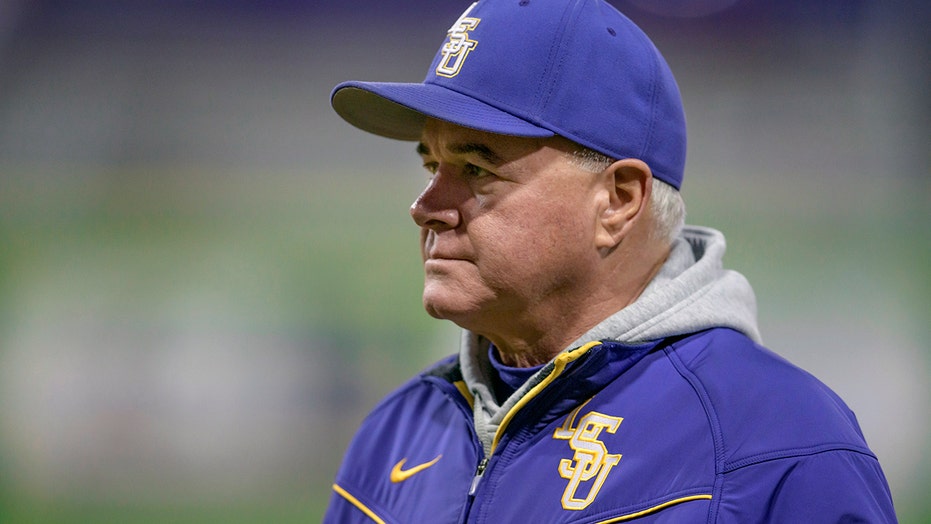 Widely hailed as the right thing to do for student-athlete welfare, the NCAA's decision to extend spring sports athletes' eligibility a year because of the coronavirus pandemic is causing consternation for baseball coaches.

Ohio State's Greg Beals said Tuesday he isn't worried about 2021, when the 35-man roster limit will be relaxed to accommodate seniors choosing to return for another season.

The problem comes in 2022, when the limit is back in force. Beals has 11 freshmen coming in this fall, and they will join nine players who will be reclassified as freshmen because the 2021 season ended abruptly March 12.

“So I have a freshman class of 20, and that class is going to stay with me for the next four years,” Beals said. “So there’s some challenge there. We’re going to be able to work through it. There's going to be some tough conversations while the roster is thick and strong. The lineup card still only has nine slots on it.”

The NCAA allows a total of 11.7 scholarships per team in Division I baseball, and it's required they be divided among 27 players. Eight walk-ons are permitted, taking the roster maximum to 35. Baseball is the only spring sport with a roster limit.

Seniors who choose to return in 2021 will be allowed to have the same scholarship amount they had this year, less or none at all. Returning seniors' scholarships won't count against the 11.7 limit.

Looming logjams because of the extended eligibility could force coaches to sign smaller recruiting classes and nudge underperforming players to transfer or quit.

“The greater effect might be two or three years from now,” LSU's Paul Mainieri said. "Most schools in the SEC have their 2021 recruiting classes for high school players already done. So now you're bunching a lot of kids together, and we'll see how it plays out.

“As far as this year, the impact is minimal. What is of greater impact is what Major League Baseball does with their draft.”

The draft always plays a role in roster management, but there's additional stress for coaches and players this year. Because of the pandemic, MLB might not hold the draft until late July, and there's no clarity about number of rounds.

The renewal date for scholarships is July 1, and coaches might not know which players are staying or going by then. If there are five or 10 rounds instead of the usual 40, juniors and seniors who aren't projected to go in the early rounds would be apt to return to school. The more rounds there are, the more likely there'll be fewer junior and seniors returning. The fall semester could be drawing close before the numbers are known.

“You've got freshmen that are coming in that were counting on those seniors and juniors leaving or going to the draft,” Mississippi athletic director Keith Carter said, "so what does that look like for the young players and does that change the dynamic with them?”

Junior colleges stand to be the beneficiary of the uncertainty.

Iowa Western Community College coach Marc Rardin said he recently got four calls in one day from advisers for high school seniors looking for a fallback plan if they aren't drafted and the Division I schools they signed with have clogged rosters.

“Some kids who are signed with four-year schools coming out of high school are a little apprehensive about it and want to make sure they get somewhere they can have a chance to develop and play,” Rardin said.

An NCAA spokeswoman said rules remain unchanged for players who decide to transfer from one Division I school to another. The extended eligibility travels with them, but the scholarship they receive would count against the 11.7 limit this year.

If a junior-college transfer's 2020 season ended because of the pandemic, his Division I school could apply for a waiver to extend that student’s NCAA eligibility.

Graduate transfers can play immediately and could receive the same, less or more aid than they did at their previous school.

The extended eligibility decision coincides with concerns about athletic funding. Schools can tap into the NCAA’s Student Assistance Fund to pay for scholarships for returning seniors next spring.

NCAA distributions to schools have been reduced because of the cancellation of the NCAA basketball tournament, and there is uncertainty about how the pandemic will affect the football season and the revenues associated with it.

“As an athletic director, the challenge now becomes finding the resources to fund these unanticipated scholarships given the uncertainty surrounding our enterprise,” Oklahoma State athletic director Mike Holder said. “However, I prefer this challenge over the alternative of telling our athletes they lost a year of eligibility.”

A century ago, sports rises from ravages of war and disease

Working from home? Long working hours can cause underactive thyroid

Working from home? Long working hours can cause underactive thyroid