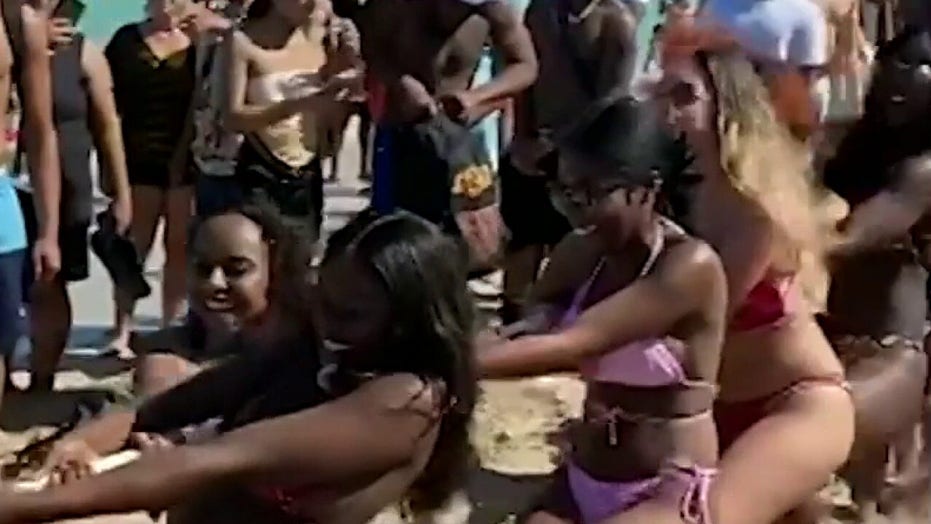 Dr. Jen Caudle joins Trace Gallagher to discuss the importance of social distancing as some continue to party on spring break.

Power forward Udonis Haslem of the NBA's Miami Heat took aim at Florida spring breakers who were seen partying in Miami this month amid the growing coronavirus pandemic.

Their carefree attitude toward the deadly virus and lack of social distancing rubbed Haslem the wrong way, specifically a video where one college kid announced: “If I get corona, I get corona, bro."

"This ain’t about me. It ain’t about you. This thing is about us," Haslem wrote in the Players Tribune on Wednesday. "This virus is going to affect everybody, especially the most vulnerable. So if you got a nice, stable environment? Keep your a** home."

"This virus is going to affect everybody, especially the most vulnerable. So if you got a nice, stable environment? Keep your a** home."

The virus is known to travel from person to person within six feet and can spread without symptoms being present, according to the Centers for Disease Control and Prevention (CDC).

With many spring breakers partying in close proximity, they had the potential to be carriers and spread the virus to someone more vulnerable in the city or elsewhere.

"The people growing up in the real Miami? They’re as vulnerable during this crisis as anybody," Haslem wrote. 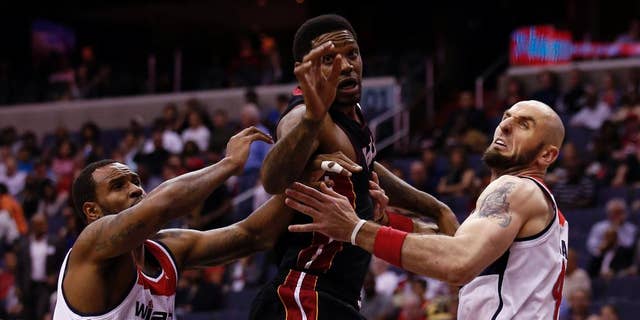 Miami Dade and Broward counties in South Florida together account for more than 1,000 of the state's 2,484 cases, according to data from the Johns Hopkins Coronavirus Resource Center. At least 29 people have died from the virus in Florida.

Most of the spring breakers in Miami visited the notorious South Beach, which Haslem said isn't a true representation of what the city is all about, as many are struggling in other neighborhoods — like Liberty City and Overtown.

He echoed concerns about the partiers from out of town possibly infecting others, including the poverty-stricken residents of the city.

"It’s funny — these kids fly down to places like South Beach for a couple days to party, and they think that’s Miami," he said. "But they’ve never seen the real Miami."

Haslem has spent 17 years in the NBA defending the court in Miami. In the essay, Haslem used his words to defend others in his community.

He didn't hold back when writing about the severity of the growing pandemic, and how the carefree attitude of certain teens and young adults could potentially place others at risk.

FLORIDA GOVERNOR CALLS OUT SPRING BREAKERS FOR IGNORING CORONAVIRUS WARNINGS: 'THAT'S NOT WHAT WE WANT'

Some Florida college students have already tested positive after traveling together during spring break, although it wasn't clear what areas they visited.

"I can’t tell you what’s going to happen with the coronavirus," Haslem wrote. "I’m not a public health expert. But I am a certified O.G., and I’m definitely qualified to tell you about what’s going to happen in these streets with so much of the economy shut down. If people don’t take this situation seriously and pull together as a nation, millions of kids are going to suffer."

"If people don’t take this situation seriously and pull together as a nation, millions of kids are going to suffer."

Some of Haslem's Miami Heat teammates came to his defense on social media after the passionate essay, with former NBA All-Star Goran Dragić calling him "Our captain."

"I can’t apologize enough to the people I’ve offended and the lives I’ve insulted," he said. "I’m not asking for your forgiveness or pity. I want to use this as motivation to become a better person, a better son, a better friend, and a better citizen."