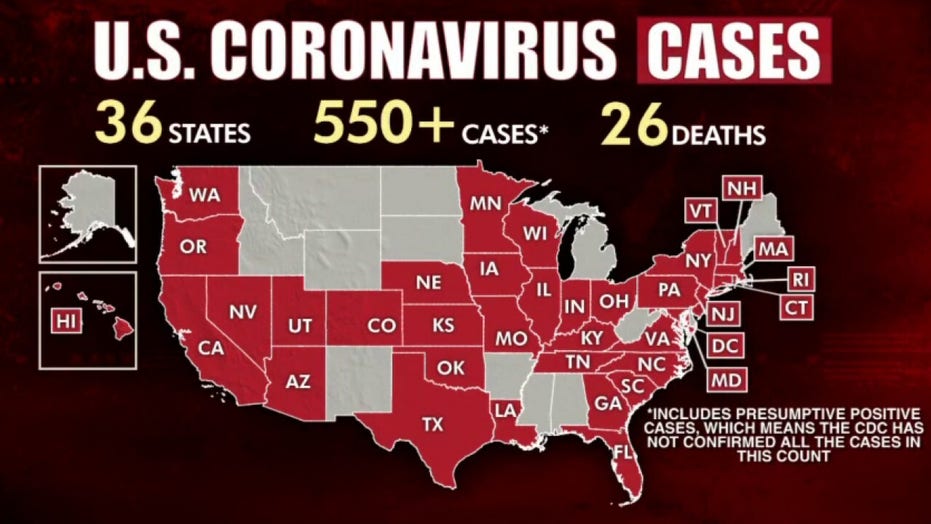 There are now more than 550 confirmed coronavirus cases in the U.S. and COVID-19 has claimed at least 26 lives; Jonathan Serrie reports from Atlanta.

The NBA, NHL, MLB and Major League Soccer on Monday announced that locker rooms will be restricted only to players and essential personnel in an effort to halt the coronavirus spreading throughout the country.

In a joint statement, the leagues said they made the decision after consulting with “infectious disease and public health experts.”

The NBA, in a call with teams earlier Monday, stressed that the move is not to ban reporters but to ensure the safety of players and staff in those areas. 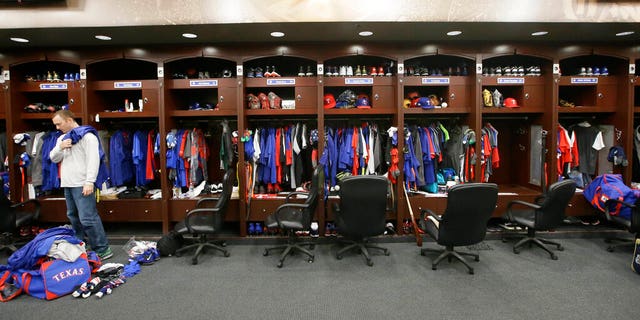 "Given the issues that can be associated with close contact in pre- and post-game settings, all team locker rooms and clubhouses will be open only to players and essential employees of teams and team facilities until further notice,” the statement read. “Media access will be maintained in designated locations outside of the locker room and clubhouse setting."

The changes, which the leagues said are temporary, will begin Tuesday — though some NHL teams have already begun putting them into practice.

The NBA said interviews with players would continue in different settings, stressing a gap of 6 to 8 feet between reporters and interview subjects.

"Until the league says something else, we are business as usual with a tremendous amount of caution and prevention to make sure everybody's safe," Heat President Pat Riley said Monday night. "But also, educating them that they've got to do the same thing."

The NBA has calls with team medical staffs scheduled for later Monday night and a call between league officials and team owners scheduled for Wednesday to discuss next steps. The NBA told teams last week to prepare for the possibility of playing games in empty arenas, something the game's biggest star — Los Angeles Lakers forward LeBron James — insists he does not want to see.

In response to the leagues’ announcement, the Pro Basketball Writers Association said its membership "believes the safety of fans, players, team employees, arena workers and the media who cover the league must be protected. Our thoughts are with all people who already have been adversely impacted by the virus.

"Therefore, we understand the NBA's decision to temporarily close locker rooms to everyone but players and essential team personnel with the NBA's promise that once the coronavirus crisis abates, the league will restore full access to the journalists who cover the league."

More than 113,000 people worldwide have tested positive for the disease and over 3,900 people with the virus have died, most of them in China. More than 62,000 people have already recovered. The virus has infected 600 people in the United States and at least 26 have died.

Trump on coronavirus: ‘People are really surprised I understand this stuff’

Trump on coronavirus: 'People are really surprised I understand this stuff'